The 1970s Never Ended. Death and taxes: How to ensure your inheritance goes to your children and not the taxman. Discretionary family trusts can be a tool to have non-registered investment income and capital gains taxed to other lower income family members such as children or grandchildren to reduce annual taxation, as well as tax on death. 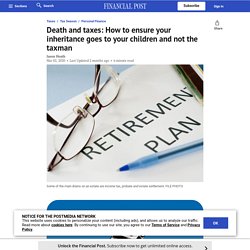 Private corporations can have complicated tax implications, but strategies such as ensuring a corporation qualifies for the lifetime capital gains exemption, implementing an estate freeze, purchasing corporately held life insurance, or post-mortem pipeline transactions — amongst others — can help mitigate income tax payable on death in certain situations. The 6 Biggest Mistakes Ordinary Investors Make. Via visualcapitalist: In many areas of life, we are often our own worst enemies. 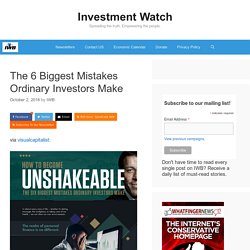 The realm of personal finance is no different. What’s the biggest threat to achieving financial independence? Unfortunately, it’s your own brain. 10-Investing Axioms Every Investor Should Learn. By Lance Roberts Martin Tarlie of GMO just recently wrote a great piece on the issue of the current U.S. 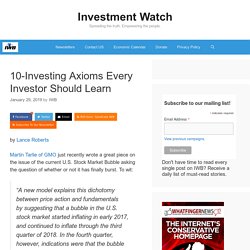 Stock Market Bubble asking the question of whether or not it has finally burst. 10 retirement lessons from a retired retirement pro. Tax Due: IRS Sends Warning Letter to 10,000 Crypto Speculators. If you are a HODL-er who has never taken a profit, this warning does not apply. 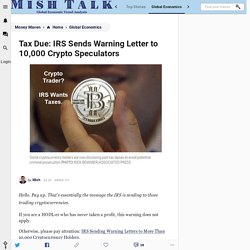 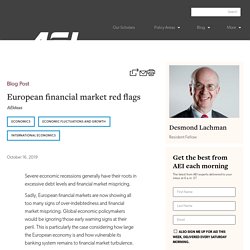 Sadly, European financial markets are now showing all too many signs of over-indebtedness and financial market mispricing. Global economic policymakers would be ignoring those early warning signs at their peril. Here’s what to do when you take over a parent’s finances. According to the 2016 census from Statistics Canada, 17 per cent of Canada’s population is over the age of 65. 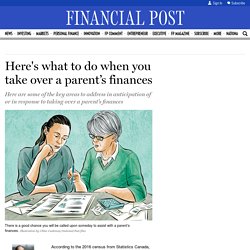 Blanchard published a paper titled “The State of Macro.” In it, he wrote that For a long while after the explosion of macroeconomics in the 1970s, the field looked like a battlefield. Over time however, largely because facts do not go away, a largely shared vision both of fluctuations and of methodology has emerged. According to The National Bureau of Economic Research (NBER), which published Blanchard’s paper, the US economy was, at that time, already nine months into a recession that would last another nine months, until June 2009.

Save This Chart To Keep Track Of The Yield Curve Interaction With The Economic Cycle. The chart that I want to share with you today is part of a (bigger) research project that I am doing with regard to the various phases in economic cycles and their relation to the (shape of) yield curve. 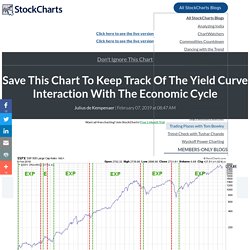 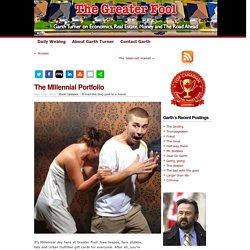 Free Vespas, face stubble, tats and Urban Outfitter gift cards for everyone. After all, you’re special. You’re also in better financial shape than your wrinkly parents, or so says a new BeeMo report. Economist Sal Guatieri (who’s at least 45) claims Millennials make about 2% more than their parents did at the same age, with young families doing even better – earning about double what the last generation did in 1984. The bad news? Get balanced — Greater Fool – Authored by Garth Turner – The Troubled Future of Real Estate. From their highs, before The Donald started a trade war and Mr.

First, we put as much emphasis on risk as we do returns, and we do so by employing a balanced and globally diversified investment portfolio. Second, we only use low-cost ETFs in building portfolios. Third, we believe good communication is the cornerstone of a successful wealth management practice, with this blog, our live weekly conference call, and constant contact with clients as examples of this. Finally, we believe in low and transparent fees for our clients. The Canadian mutual fund industry has, in this portfolio manager’s opinion, been stacked in favour of the mutual fund companies and the banks that own them, often to the detriment of mutual fund investors. The average equity or balanced mutual fund charges 1.5% to 2.5% annually. Another fee investors can pay is a deferred service charge or DSC.

The cause of the Great Recession circa 2008 was collapsing home prices that led to an insolvent banking system. However, the next economic crisis will result from the bursting of the worldwide bond bubble and its devastating effect on asset prices. Goldman Sachs uncovered an investing strategy that's beaten the stock market for the last 15 years — here are the stocks it says you should be buying and dumping right now.

When hedge funds make moves, investors everywhere pay attention. Their sheer size gives them market-moving prowess, along with the ability to engage in activism that changes how companies are structured. Vanguard's new product has everything an investor needs in one ETF. Graphene: Promise Unfolding or Illusion Revisited? - Mish Talk. Saxo Bank Quarterly Outlook: End of a Cycle Like No Other - Mish Talk. FEE Essential Guide to Crushing It At Your First Job. How the World’s Most Elite Growth Investors Pick Stocks. Golden Fleece Awards for the worst global bonds. Here’s what to do when you take over a parent’s finances.