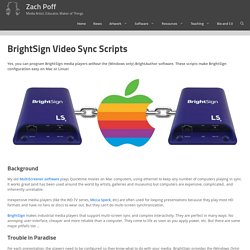 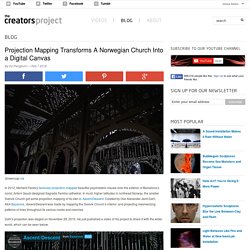 Tutorial: Connect Vezér to MadMapper with OSC - Vezér Blog. MadMapper, the deservedly popular projection- and pixel mapping application has been updated to version 1.6 a few days ago. 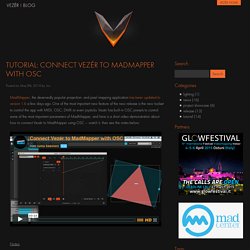 One of the most important new feature of the new release is the new toolset to control the app with MIDI, OSC, DMX or even joysticks. Vezér has built-in OSC presets to control some of the most important parameters of MadMapper, and here is a short video demonstration about how to connect Vezér to MadMapper using OSC – watch it, then see the notes below: Notes: Quest STEM - Gert's Passive VGA Adapter 666 for Raspberry Pi (2, B+ & A+) The Gert's Passive VGA Adapter 666 (6-bits per colour channel) is a breakout/add on board for Raspberry Pi (2, B+ & A+). 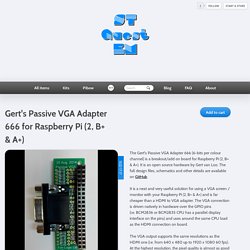 It is an open source hardware by Gert van Loo. The full design files, schematics and other details are available on GitHub. It is a neat and very useful solution for using a VGA screen / monitor with your Raspberry Pi (2, B+ & A+) and is far cheaper than a HDMI to VGA adapter. The VGA connection is driven natively in hardware over the GPIO pins (i.e. BCM2836 or BCM2835 CPU has a parallel display interface on the pins) and uses around the same CPU load as the HDMI connection on board. The VGA output supports the same resolutions as the HDMI one (i.e. from 640 x 480 up to 1920 x 1080 60 fps). 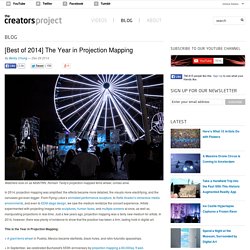 In 2014, projection mapping was amplified: the effects became more detailed, the visuals more electrifying, and the canvases got even bigger. From Flying Lotus’s animated performance sculpture, to Refik Anadol’s immersive media environments, and even to EDM stage design, we saw the medium revitalize the concert experience. Microsoft Windows on Devices – Raspberry Pi 2. We’re excited to announce that we are expanding our Windows Developer Program for IoT by delivering a version of Windows 10 that supports Raspberry Pi 2. 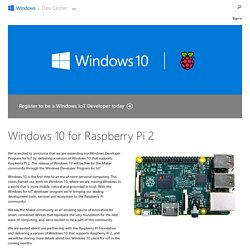 This release of Windows 10 will be free for the Maker community through the Windows Developer Program for IoT. Windows 10 is the first step to an era of more personal computing. This vision framed our work on Windows 10, where we are moving Windows to a world that is more mobile, natural and grounded in trust. With the Windows for IoT developer program we're bringing our leading development tools, services and ecosystem to the Raspberry Pi community!

We see the Maker community as an amazing source of innovation for smart, connected devices that represent the very foundation for the next wave of computing, and we’re excited to be a part of this community. Join the Windows for IoT Development program today. The Perfect Beginners Projection Mapping Projectors - Projection Mapping Central. We are often asked, “What projector should I buy to start projection mapping / video mapping.” 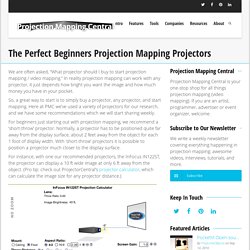 In reality projection mapping can work with any projector, it just depends how bright you want the image and how much money you have in your pocket. So, a great way to start is to simply buy a projector, any projector, and start mapping. Here at PMC we’ve used a variety of projectors for our research, and we have some recommendations which we will start sharing weekly. For beginners just starting out with projection mapping, we recommend a ‘short-throw’ projector. Normally, a projector has to be positioned quite far away from the display surface, about 2 feet away from the object for each 1 foot of display width. Guide to Projectors for Interactive Installations / by @laserpilot. Video projectors are one of the most important tools for creators of interactive installations. 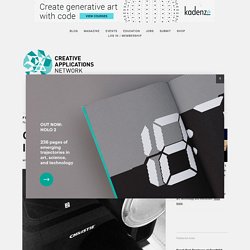 The information for projectors is available on various websites, but this 2 part guide will focus on their use in production and interactive environments. Part 1 will focus on the projector as hardware(lenses, lumens, surfaces etc), and part 2 will go into more details on the software and calibration considerations. This will gather some of that disparate knowledge into the important bits you need to make informed decisions about creating a high quality experience. Digital Light Processing. 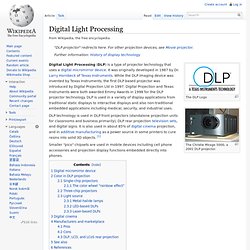 Digital Light Processing (DLP) is a type of projector technology that uses a digital micromirror device. It was originally developed in 1987 by Dr. Larry Hornbeck of Texas Instruments. The Curious Technologist. Converting video for RPiLooper with Avidemux. One... Using:quickstart [Avidemux] Avidemux is a simple tool for simple video processing tasks. 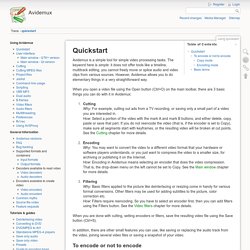 The keyword here is simple: it does not offer tools like a timeline, multitrack editing, you cannot freely move or splice audio and video clips from various sources. View forum - Advanced users. FAQ Register Login Advanced users Post a new topic 1977 topics Page 1 of 80 1, 2, 3, 4, 5 ... 80 Forum Replies Views Author Last post Global First time posters -- please read! RPiconfig. As the Raspberry Pi doesn't have a conventional BIOS, the various system configuration parameters that would normally be kept and set using the BIOS are now stored in a text file named "config.txt". The Raspberry Pi config.txt file is read by the GPU before the ARM core is initialized. This file is an optional file on the boot partition. It would normally be accessible as /boot/config.txt from Linux, but from Windows (or OS X) it would be seen as a file in the accessible part of the card.

To edit the configuration file, see the instructions at R-Pi_ConfigurationFile. You can get your current active settings with the following commands: What is the optimum split of main versus GPU memory? RAM is very crucial for Linux performance for couple of reasons: Caches. Linux runs without free memory for most of the time. Account Login. View forum - Pi UPS. Self-Contained Projector Rig. I was recently asked to provide a video projection for the Proteus Gowanus ball, and assembled my most compact, self-contained projector rig to date.

It involves Velcroing a Raspberry Pi computer to my homemade projector mount, which can be clamped anywhere with standard film grip gear. When plugged in, 1080p video plays in a loop. The projector is small but bright, a 3,000 lumen Optoma TW-1692. Getting the video to start and loop automatically was fairly simple, but required several stops on the internet: I used this script to loop video files in a folder. I added -r four lines from the end, as suggested in one of the comments. Self-Contained Projector Rig #piday #raspberrypi @Raspberry_Pi. May 16, 2014 AT 4:00 pm Self-Contained Projector Rig #piday #raspberrypi @Raspberry_Pi Filmmaker and interactive video artist Tim Bartlett (who recently created the Kentile Floors Sign Illuminated project) shared with us a handy way to build an efficient video projection rig around your Raspberry Pi. Self-Contained Projector Rig: I was recently asked to provide a video projection for the Proteus Gowanus ball, and assembled my most compact, self-contained projector rig to date.

It involves Velcroing a Raspberry Pi computer to my homemade projector mount, which can be clamped anywhere with standard film grip gear. Figure 53. Qlab Tutorial - Introduction To Qlab. RPi Video Looper 2.0. I have a brand new version of the Raspberry Pi Videolooper that solves a lot of the common issues I'm emailed about. Using:main_window_-_qt_version [Avidemux] This article describes the main window in the Qt graphical user interface, which is the default GUI for the official Microsoft Windows builds of Avidemux.

Legacy Product Resources – BrightSign Support. An interactive and immersive LED installation. The 10 most insane and mind-blowing 3D projection mapping shows ever - Blog of Francesco Mugnai. Light Blaster Turns Your Flash and Lens Into a Slide Projector. Spiffy Gear Light Blaster Strobe Based Projector LB-BLS B&H. Visio : le Mobile projector puissant, mobile et analogique. Once the lens is mounted, you need to make your projection the most visible. Legacy Product Resources – BrightSign Support. BrightSign. Tutorial Videos. I Create Mind-Blowing 3d Blacklight Art Installations. It’s like becoming Alice in Wonderland, I create my blacklight murals and artwork to be experienced in a true 3d immersive environment, surrounding all who enter in a magical, surreal place, that usually only would exist in the imagination of a childlike dream.

Debi cable’s 3d blacklight experience is mobile museum & art installation that’s blowing minds of all ages. Created from the artistic inspirations from the burning man culture and then becoming one of the highlights of music and arts festivals around the world. Video Projection Mapping. By battleROYAL.berlin battleROYAL created a major production in celebration of the 125th anniversary of MADSACK Mediengruppe.