Rural and Urban Environments for Health 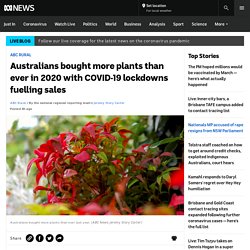 Key points: The horticulture industry employs more than 23,000 people across more than 1,600 businessesSales from production nurseries into retail garden centres grew 10 per cent last yearA separate trend report shows respondents intend to keep growing their own edible and indoor plants People stuck at home in 2020 during the first wave of COVID-19 restrictions unsurprisingly accounted for a significant portion of growth, with indoor plant sales rising nine per cent. After joining toilet paper and pasta on the list of panic-buying items at the start of the pandemic, sales of herb and vegetable plants shot up 27 per cent. More broadly, sales from production nurseries into retail garden centres grew 10 per cent, according to new figures from the Nursery Industry Statistics survey. Overall, the report found a $200 million increase in sales in the 2019-20 financial year.

Ten key ingredients of a green and healthy community. If someone asks what a green community, or a healthy one, means to you, what comes to mind? 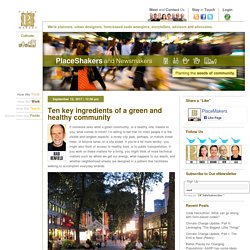 I’m willing to bet that for most people it is the visible and tangible aspects: a lovely city park, perhaps, or mature street trees, or bicycle lanes on a city street. If you’re a bit more wonky, you might also think of access to healthy food, or to public transportation. Untitled. Urban Versus Rural Health - Global Health University. In recent years there has been a renewal of interest in geographic characteristics within public health, particularly in the areas of international health and community development. 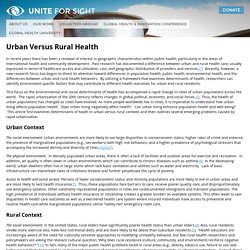 Past research has documented a difference between urban and rural health care, usually expressed in terms of healthcare access and utilization, cost, and geographic distribution of providers and services.(1) Recently, however, a new research focus has begun to direct its attention toward differences in population health, public health, environmental health, and the differences between urban and rural health behaviors.

By utilizing a framework that examines determinants of health, researchers can identify environment-specific factors that may contribute to different health outcomes for urban and rural residents. This focus on the environmental and social determinants of health has accompanied a rapid change in rates of urban populations across the world. The City Versus Rural Debate: Which Is The Better Place To Live? In the past, I have made many references to my preference for living in a small town over living in an urban area. 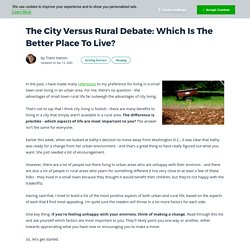 For me, there's no question - the advantages of small town rural life far outweigh the advantages of city living. That's not to say that I think city living is foolish - there are many benefits to living in a city that simply aren't available in a rural area. The difference is priorities - which aspects of life are most important to you? The answer isn't the same for everyone. Healing the urban-rural divide: Why a 'locals-first' approach doesn't work in a pandemic.

Toilet paper and ventilators may be unlikely bedfellows, but they serve as powerful symbols of the growing tensions between urban and rural regions in Australia and elsewhere amid the COVID-19 pandemic. 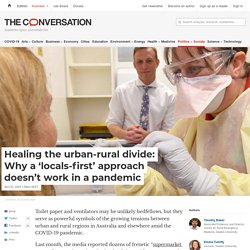 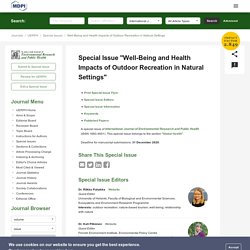 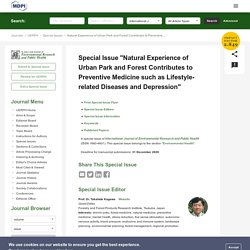 Dr. Petrol stations accused of gouging as some Queenslanders pay nearly 80 per cent more for fuel during coronavirus downturn. Updated 46 minutes agoFri 24 Apr 2020, 1:40am Regional Queensland petrol stations are being accused of price gouging as the divide between the city and country is fuelled at the bowser. 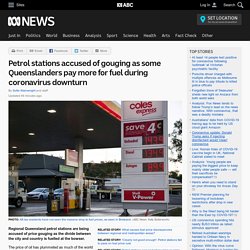 Key points: The price of fuel in Mt Isa is almost 75 per cent higher than in BrisbaneFueltrac says discounting by independents forces big players to follow suitFederal MP Warren Entsch says the price gouging looks like "collusion" The price of oil has plummeted as much of the world stays home, it even traded in negative price for the first time in history in the United States this week.

Despite the falls, some cities in regional Queensland are not seeing the full benefits, paying up to 80 per cent more than drivers in Brisbane.

Culture - Why do we need to find wilderness? Reading through Tim Voor’s new book The Great Alone, about hiking the Pacific Crest Trail (PCT), brings to mind the words of the poet TS Eliot: We shall not cease from explorationAnd the end of all our exploringWill be to arrive where we startedAnd know the place for the first time. 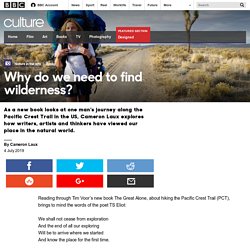 Though you think you are going in a straight line, you might actually be tracing out a big circle. Voors, a Dutch advertising type, undertook the hike, 2,650 miles (4,300 km) from the Mexican border to the Canadian border, through desert, mountain, and forest, for now almost-standard reasons: to learn self-reliance, to get in touch with himself, to get in touch with unsullied nature, to give his marriage time to breathe.

As I began to read, I felt a big, sceptical scowl coming on. How does nature boost your health and happiness? Many of us make the time for things like exercise and healthy eating because we’re aware of the health benefits. 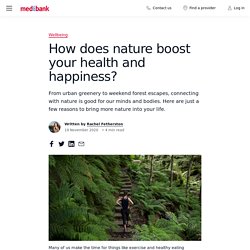 But with more and more Australians living in urban settings, plenty of research now shows we are neglecting another very healthy activity – engaging with nature. Nature engagement might be as simple as visiting your local park, doing some gardening or walking your dog. But such simple activities can have profound results. Remember The Wild. The Science. Our City in Nature: exploring Melbourne’s relationship with its flora and fauna.

Our City in Nature: exploring Melbourne’s relationship with its flora and fauna < Home 12 April 2019. Nature in the city strategy. Nature in the City Strategy - City of Melbourne. Page Content It is the product of a collaborative process, developed with information, ideas, and advice provided by a large number of stakeholders including local academics, interest groups including Traditional Owners and Friends groups, and the broader Melbourne community. By considering our city as a wider ecosystem, there is the opportunity to actively foster connections amongst people, plants, animals and the landscape. $28.7 million investment in public open space - City of Melbourne. Acting Lord Mayor Arron Wood and Environment Portfolio Chair Cathy Oke today announced the City of Melbourne's 2019–20 draft Budget will include major investments in public open space and parklands.

"We will invest $28.7 million this year towards our goal of adding more than 12 MCGs worth of public open space to the city over the next 15 years," the Acting Lord Mayor said. "We will invest $5.1 million to revitalise a 300 metre section of Southbank Promenade from Princes Bridge to Evan Walker Bridge. This project will improve public open space on the riverside promenade by replacing paving, improving public lighting, and enhancing the growing conditions for trees. "We will also invest $11.9 million to upgrade Southbank Boulevard from St Kilda Road and City Road. The new Southbank Boulevard cycle path will be complete by late 2019 and will provide a new route for commuter cyclists to access the city.

The City of Melbourne's Open Space reserve contains $24.9 million. Fast facts. Biophilic Design Case Studies - Terrapin Bright Green. Health benefits of urban vegetation and green space: Research roundup. For hundreds of years, city planners have developed parks, planted trees and set aside open space in urban environments. Boston Common, a public square used for grazing livestock since 1634, was converted into a park in 1830. A quarter of a century later, New York’s Central Park opened, designed by Frederick Law Olmsted and Calvert Vaux. Green roofs for Australian cities would help reduce flooding and save on bills, study shows. Updated about 2 hours agoSun 20 May 2018, 12:29am It's a bold vision for Australia's future. The grey roofs of city buildings transformed into a green canopy. City councils — including Sydney and Melbourne — have been nurturing the green roof concept for about a decade. But progress has been slow. Researchers have now published new data further measuring the benefits of these gardens in the sky in the hope that more developers and property owners will take up the idea.

Which is the world's most biodiverse city? These Maps Show You How to Live, Not Just Where. Perils of place: identifying hotspots of health inequality. Nature as a Promoter of Well-Being in Future Cities. Exploring the Nature Pyramid – The Nature of Cities. I have long been a believer in E.O. Liveability Indicators report. CAULRR02 CoMFutureUrbanForest Nov2016.