A great resource for teachers, a series of books each one about a specific tribe with details of their customs, life, rituals etc. – usfstudent2018

The Girl Who Married the Moon by Joseph BruchacGayle Ross.

A narrative text, a story based on Native American folklore. – usfstudent2018

Flying with the Eagle, Racing the Great Bear by Joseph Bruchac.

This text covers grades 3 through 8. For struggling readers as well as ELLs, there are different leveled text to be used if RTI has to be used as a strategy to bring such group of kids achievement level up with the end goal of meeting the same objective of the lesson. – lizabrobbey

A narrative text, about Native American folklore and other stories. – usfstudent2018

This could be a good way of differentiating instruction based on reading interest or genre. students in love to learn through songs or poems could have a choice of choosing how to learn the same information. – lizabrobbey

A narrative text, of poems and songs about the life of a buffalo during with native Americans. – usfstudent2018

An informative text about how the first native american's came to be in North America. – usfstudent2018

Great for visual and auditory learners. This video can serve as a great informational background knowledge before text is read and analyzed in class. It will help those students who know nothing about this group of people build a schema. – lizabrobbey

This is a great source of reading to accompany the textbook. It has clear illustrations, information about the lifestyle of the California Native Americans. The length is about two pages enough to read in class followed by class discussion. – usfstudent2018

I personally love this resource due to the map that gives the reader a visual representation of direction of places the various tribes could be found and then further explanation in the text is pretty simple, not too wordy and self explanatory. It will be easy to differentiate using this kind of text where some students can express themselves through illustrations, others poem or song and yet others can create a prezi or power point and even others can dress up using help from the illustration in the book and act out a recorded short skit using information from the text. – lizabrobbey 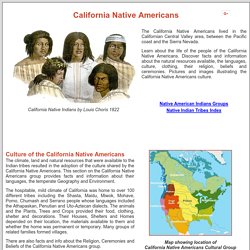 History.com is a very reliable resource for both teachers and students alike. They also come with short videos that could be used as a bride between prior knowledge and what it's to be taught. This site comes with informational text as well most of which are aligned with state standards. – lizabrobbey

You will soon receive an activation email. 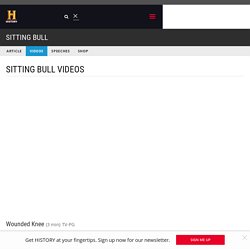 Once you click on the link, you will be added to our list. If you do not receive this email, please contact us. To ensure delivery to your inbox, add us to your address book. Oops, there's a problem. At this time we are unable to complete your subscription.This email address has been previously opted out from receiving any emails from A+E Networks. You have already subscribed to this list. If you completed your subscription and still have not received an email, please contact us. The Last of the Sioux Video - Native American Cultures - HISTORY.com. 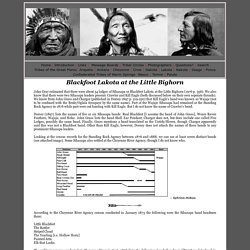 We also know that there were two Sihasapa leaders present: Crawler and Kill Eagle (both discussed below on their own seperate threads). We know from John Grass and Charger (published in Dorsey 1897 p. 219-220) that Kill Eagle's band was known as Wajaje (not to be confused with the Brule/Oglala tiyospaye by the same name). Part of the Wajaje Sihasapa had remained at the Standing Rock Agency in 1876 while part were out hunting with Kill Eagle. But I do not know the name of Crawler's band. 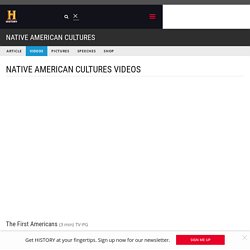 You will soon receive an activation email. Once you click on the link, you will be added to our list. If you do not receive this email, please contact us. To ensure delivery to your inbox, add us to your address book.