The meaning of 9/11's most controversial photo. In the photograph Thomas Hoepker took on 11 September 2001, a group of New Yorkers sit chatting in the sun in a park in Brooklyn. 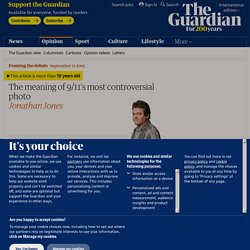 Behind them, across brilliant blue water, in an azure sky, a terrible cloud of smoke and dust rises above lower Manhattan from the place where two towers were struck by hijacked airliners this same morning and have collapsed, killing, by fire, smoke, falling or jumping or crushing and tearing and fragmentation in the buildings' final fall, nearly 3,000 people. Ten years on, this is becoming one of the iconic photographs of 9/11, yet its history is strange and tortuous.

Hoepker, a senior figure in the renowned Magnum photographers' co-operative, chose not to publish it in 2001 and to exclude it from a book of Magnum pictures of that horribly unequalled day. Only in 2006, on the fifth anniversary of the attacks, did it appear in a book, and then it caused instant controversy. The critic and columnist Frank Rich wrote about it in the New York Times. 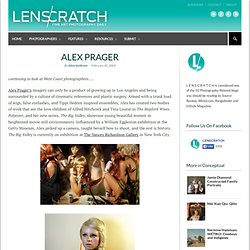 Alex Prager’s imagery can only be a product of growing up in Los Angeles and being surrounded by a culture of cinematic references and plastic surgery. Armed with a trunk load of wigs, false eyelashes, and Tippi Hedren inspired ensembles, Alex has created two bodies of work that are the love children of Alfred Hitchcock and Tina Louise in The Stepford Wives. Polyester, and her new series, The Big Valley, showcase young beautiful women in heightened movie still environments. Influenced by a William Eggleston exhibition at the Getty Museum, Alex picked up a camera, taught herself how to shoot, and the rest is history. The Big Valley is currently on exhibition at The Yancey Richardson Gallery in New York City. Rare Color Photos from the Depression Era. America in Color from 1939-1943. Posted Jul 26, 2010 Share This Gallery inShare324 These images, by photographers of the Farm Security Administration/Office of War Information, are some of the only color photographs taken of the effects of the Depression on America’s rural and small town populations. 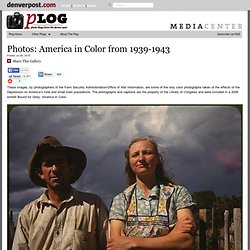 The photographs and captions are the property of the Library of Congress and were included in a 2006 exhibit Bound for Glory: America in Color. Faro and Doris Caudill, homesteaders. Pie Town, New Mexico, October 1940. Connecticut town on the sea.

New York City photos by Charles W. Cushman reveal 1940s life in the Big Apple. Photos by Indiana snapper Charles Weever Cushman in 1941 and 1942Expensive colour Kodachrome was used to take impressive collectionMany buildings have since been demolished but some of them still stand By Mark Duell Created: 14:08 GMT, 13 September 2011 It’s been 70 years since an Indiana photographer visited New York City and returned home with an amazing collection of holiday snaps.

But Charles Weever Cushman’s pictures are even more impressive today, as they were taken on pricey colour Kodachrome and look far more recent than they actually are. He went around the city taking photos of architecture such as the Brooklyn Bridge and other parts of the Manhattan skyline - and it’s hard to believe they were taken while World War Two was going on. Land and water: The Liberty Street ferry in New York City on September 27, 1941 Horse and cart: Men and boys are seen collecting salvage on the Lower East Side on October 4, 1941 He enlisted in the U.S. Read more about the Charles W. Stephen Shore. Some work by Stephen Shore. 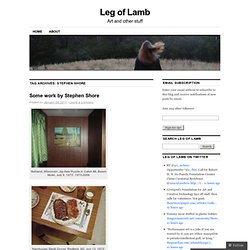 William Eggleston. Racism shock therapy in diversity education: American Pictures! "American Pictures" - a tool against racism Racism in America, in Europe or universally: American Pictures is an audio-visual anti-racism program which in an effective, entertaining and moving way shows the ultimate cost of racial discrimination, segregation and ghettoization of ethnic minorities. 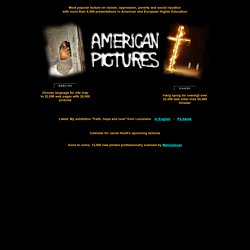 Jacob Holdt's pictures of poverty, oppression, slavery and injustice in the black underclass are used widely for racial prejudice reduction and multicultural diversity training in universities, colleges and high schools, but are also excellent for sociology conventions and human rights seminars. Jacob Holdt's photography of despairing poor black ghettos and mind crippling child poverty as the end result of white supremacy and institutionalized inequality and injustice - not to speak of his shocking portrayal of extremist white hate groups, Ku Klux Klan and neo Nazis and even mass murderers - seems to belong in a distant history, but is made long after the civil rights struggle. 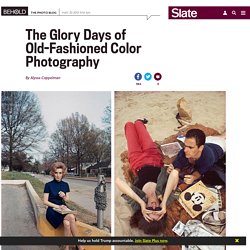 On view at the Metropolitan Museum of Art in "At War With the Obvious: Photographs by William Eggleston," through July 28. Right: © Nan Goldin. Courtesy of the Art Institute of Chicago and Matthew Marks Gallery, New York. Both are from Color Rush: American Color Photography from Stieglitz to Sherman (Aperture/Milwaukee Art Museum, 2013). Classic Color Abstract.