A Sustainable Food System, Dr. Campbell at European Parliament. The Inner Dialogue Of A New Mom At Night  Why Canadian politicians don’t talk about health care: Walkom. When pollsters ask Canadians to name the issue that concerns them the most, health care routinely tops the list. 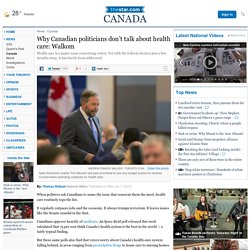 It regularly outpaces jobs and the economy. It always trumps terrorism. It leaves issues like the Senate scandal in the dust. Canadians approve heartily of medicare. An Ipsos-Reid poll released this week calculated that 75 per cent think Canada’s health system is the best in the world — a fairly typical finding. But these same polls also find that voters worry about Canada’s health-care system falling behind, in areas ranging from prescription drugs to home care to nursing homes.

Yet so far in this unofficial federal election campaign — and with one important exception — health care has received barely a mention. That exception comes courtesy of New Democrat Leader Tom Mulcair. 60 Simple Rules of Personal Finance. The most important rule of personal finance? 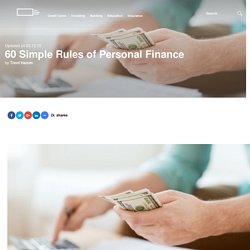 Spend less than you earn. A while back, I was asked to give an hourlong presentation where I talked about my key principles of personal finance. I chose to give a presentation where each slide was available for about a minute with one simple rule on each slide, giving me a minute to discuss that rule. Thus, I ended up coming up with 60 short and simple rules for personal finance. 300+ Awesome Free Internet Resources You Should Know. Ali Mese is a freelancer, wanderer, and contributor to few startup projects. 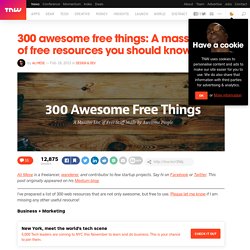 Say hi on Facebook or Twitter. This post originally appeared on his Medium blog. I’ve prepared a list of 300 web resources that are not only awesome, but free to use. Please let me know if I am missing any other useful resource! Business + Marketing. Here’s What Your Voice Tells Others About You. People judge you by your voice in many ways. 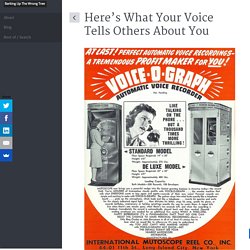 Via Subliminal: How Your Unconscious Mind Rules Your Behavior: Oliver Sacks on Learning He Has Terminal Cancer. Photo A MONTH ago, I felt that I was in good health, even robust health. 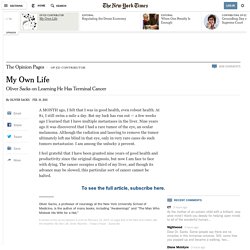 The Weird Benefit of Eating Salty Food. How to fix a broken diet. [Infographic] 3 ways to get your eating on track. In this infographic I’ll share the 3 main strategies I use to help clients fix a “broken diet” and start eating better. 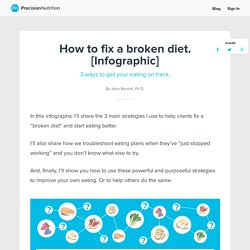 I’ll also share how we troubleshoot eating plans when they’ve “just stopped working” and you don’t know what else to try. And, finally, I’ll show you how to use these powerful and purposeful strategies to improve your own eating. Or to help others do the same. Notes: A New Treatment for Migraines Is Showing Promising Results. The 50 Healthiest Foods of All Time (With Recipes)

Why it’s good for you: Light meat is a fine choice, but there’s no reason to be afraid of the dark. 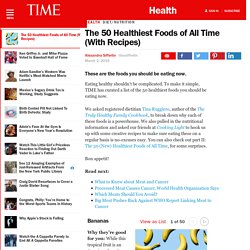 The fat in dark meat contains a hormone called cholecystokinin, or CCK, which is partly responsible for satiety, so a little bit of dark meat can go a long way, especially if you’re watching your weight. Further, dark meat contains myoglobin, a protein which delivers oxygen to muscle cells. Dark meat also has more B vitamins than white meat, making it a nutrient-rich protein source that’s tasty and satisfying, and meat from the leg and thigh are rich in taurine. 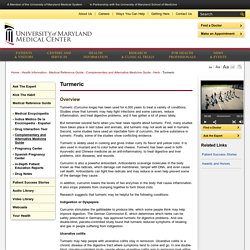 Studies show that turmeric may help fight infections and some cancers, reduce inflammation, and treat digestive problems, and it has gotten a lot of press lately. But remember several facts when you hear news reports about turmeric. First, many studies have taken place in test tubes and animals, and turmeric may not work as well in humans. Second, some studies have used an injectable form of curcumin, the active substance in turmeric. Turmeric is widely used in cooking and gives Indian curry its flavor and yellow color. Curcumin is also a powerful antioxidant. In addition, curcumin lowers the levels of two enzymes in the body that cause inflammation. Research suggests that turmeric may be helpful for the following conditions: Risk for Stroke is Greater in People Who Oversleep. Peanut Allergies May be Prevented With Peanuts. It’s official: Americans should drink more coffee. Bottoms up. 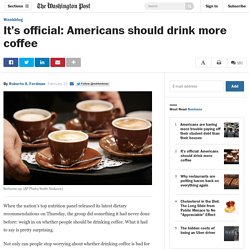 (AP Photo/Keith Srakocic) When the nation's top nutrition panel released its latest dietary recommendations on Thursday, the group did something it had never done before: weigh in on whether people should be drinking coffee. What it had to say is pretty surprising. Not only can people stop worrying about whether drinking coffee is bad for them, according to the panel, they might even want to consider drinking a bit more. The panel cited minimal health risks associated with drinking between three and five cups per day. "We saw that coffee has a lot of health benefits," said Miriam Nelson, a professor at Tufts University and one of the committee’s members. 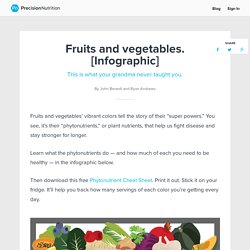 Medical students urged to be strong advocates. Canada’s medical students need to be strong advocates for a better health care system. That was the main message delivered by Canadian Medical Association president Chris Simpson in his address to the annual meeting of the Canadian Federation of Medical Students (CFMS). In his speech which was followed by a lengthy question and answer period, Simpson stressed the concept of students as advocates but combined this with his well-honed messages on the importance of developing a national strategy on seniors care and a segue into the importance of the students looking after their own health and wellbeing. “Student leadership is really, really important,” Simpson said in his opening remarks, adding that “the advocacy sensibility of physicians needs to be brought out by your generation.”