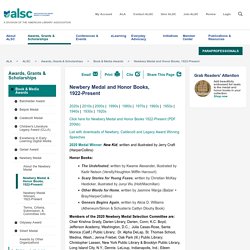 Putnam's Sons/Penguin) Honor Books: Welcome to the (Theodor Seuss) Geisel Award home page! Good Night Owl, written and illustrated by Greg Pizzoli and published by Disney-Hyperion, an imprint of Disney Book Group. As owl is going to sleep, he is repeatedly interrupted by a "squeek". Determined to find its source, Owl tears apart his house from cupboard to floorboard to roof. Oops, Pounce, Quick, Run! 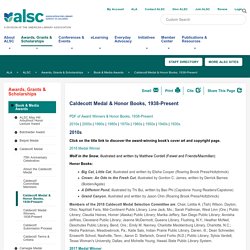 Follett School Solutions. Book Wizard: Teachers, Find and Level Books for Your Classroom. Book Reviews - Kids Books. Using Comics and Graphic Novels in the Classroom (The Council Chronicle, Sept. 05) While Americans tend to view comics as “fodder for children,” people in Europe and Japan have a more positive view of the medium, explains John Lowe, who is chair of the Sequential Art Department at the Savannah College of Art and Design in Georgia. 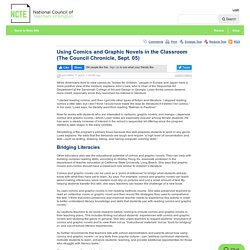 Lowe thinks comics deserve more credit, especially since they launched his interest in literature. “I started reading comics, and then I got into other types of fiction and literature. I stopped reading comics a little later, but I don’t think I would have made the leap [to literature] if it weren’t for comics.” In his case, Lowe says, he literally went from reading “Batman to Faulkner.” Bulletin of the Center for Children's Books. American Library Association. Baker & Taylor. Your trusted source for the widest range of digital & physical books, entertainment products, and value-added services. 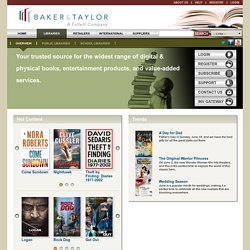 Trends A Day for Dad Father's Day is Sunday, June 18, and we have the best gifts for all the great dads out there. The Original Warrior Princess On June 2, the new Wonder Woman film hits theaters, and this is the perfect time to explore the world of this classic hero. Wedding Season June is a popular month for weddings, making it a perfect time to celebrate all the new nuptials that are blooming everywhere. ©2017 Baker & Taylor. Teacher Librarian. Georgia Children's Book Awards and conference on Children's Literature. Libraries Unlimited - Home. VOYA.