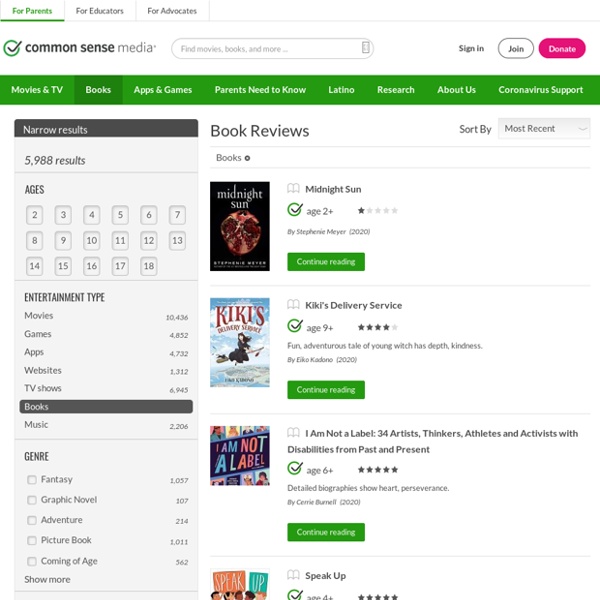 Book Reviews, Bestselling Books & Publishing Business News Parts of this site are only available to paying PW subscribers. Subscribers: to set up your digital access click here. To subscribe, click here. PW “All Access” site license members have access to PW’s subscriber-only website content. Blog - Pat Mora Sor Juana Inés de la Cruz was a 17th century nun who devoted her life to writing and learning and words. Though she died in 1695, Sor Juana Inés is still considered one of the most brilliant writers in Mexico’s history: her poetry is recited by schoolchildren throughout Mexico and is studied at schools and universities around the world. Original cover

The ALAN Review The ALAN Review (TAR) is a peer-reviewed (refereed) journal published by the Assembly on Literature for Adolescents of the National Council of Teachers of English (ALAN). It is devoted solely to the field of literature for young adults. It is published three times per academic year (fall, winter, and summer) and is sent to all ALAN members, individual and institutional. Members of ALAN need not be members of NCTE. CCBC Links Here you will find direct links to lists of annual awards and distinctions. Whenever possible, we have tried to link directly to the official page created by the sponsoring organization. To search by subject, author, title or grade level try the Database of Award-Winning Children's Literature Some of the websites linked to below are best viewed in Explorer.

Award-Winning and Notable Kids' Books Find out about the annual winners of the Newbery Medal, Caldecott Medal, Coretta Scott King Illustrator Award, and Pura Belpré Illustrator Award — as well as other children's book awards from the American Library Association and other literacy organizations. Many organizations end the year with a "best of" list of children's books. Here are links to the awards and lists that we like, including selections from the Children's Book Council, School Library Journal, Horn Book, Parent's Choice, The New York Times, and many more. 2019 Newbery Medal The Newbery Medal is awarded annually by the American Library Association to the author of the most distinguished contribution to American literature for children. Association for Library Service to Children (ALSC) The list of awards below was originally published in Children and Libraries (Vol. 13, no. 3/Fall 2015). The issue's theme was diversity. The list contains a sampling of book awards and recommended reading lists that highlight high-quality literature for young people about diverse peoples and triumphs of the human spirit. American Library Association (ALA) Alex Award ALA, YALSA Focus: ten books written for adults that have special appeal to young adults (ages 12 through 18).

Latest Blog Posts: Children's Photo courtesy of ekMEDIA It’s time to celebrate that most secular of holidays, Banned Books Week. Observed annually in the final week of September by a coalition that includes the American Library Association, the American Booksellers Association, and the Comic Book Legal Defense Fund, among other organizations, Banned Books Week celebrates every reader’s freedom to read whatever they want, without barrier or censure. When I was a children’s librarian, I took great delight in assembling my annual display, festooning it with yellow police-line tape ... Dick and Jane may be rolling over in their literary graves at the notion of a beginning reader about a (mostly) dim-witted, boxers-wearin’ dude named Brain, who is eager for others to smell his foot.

Latest Blog Posts: Young-Adult Photo courtesy of Faith Erin Hicks, First Second Books A 2018 upper-middle-grade title I recently read contained a throwaway comment by a character who commented that his family seemed “almost normal” in comparison to someone else’s. This was a 12-year-old boy from a family of white, cisgender, straight, middle-class people. What made this character’s family seem not normal were that his parents were divorced and he had a stepdad and half sister.