Weapons. The 6 Creepiest Places on Earth. It doesn't matter whether or not you believe in ghosts, there are some places in which none of us would want to spend a night. 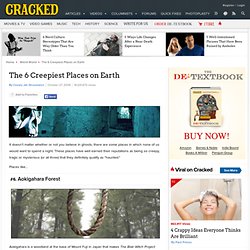 These places have well earned their reputations as being so creepy, tragic or mysterious (or all three) that they definitely qualify as "haunted. " Places like... Aokigahara is a woodland at the base of Mount Fuji in Japan that makes The Blair Witch Project forest look like Winnie the Pooh's Hundred Acre Wood. It probably has something to do with all the dead bodies scattered around. What Niagara Falls is to weddings, Aokigahara is to suicide. More than 500 fucking people have taken their own lives in Aokigahara since the 1950s. The trend has supposedly started after Seicho Matsumoto published his novel Kuroi Kaiju (Black Sea of Trees) where two of his characters commit suicide there.

Also skulls. Besides bodies and homemade nooses, the area is littered with signs displaying such uplifting messages like "Life is a precious thing! Winchester Mystery House. 10 Most Terrifying Places on Earth. Creepy There are places on this planet that are stranger than the most alien landscapes we have ever imagined. 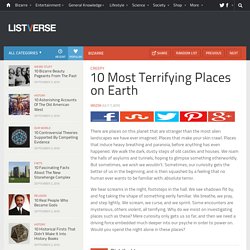 Places that make your skin crawl. Places that induce heavy breathing and paranoia, before anything has even happened. We walk the dark, dusty steps of old castles and houses. We roam the halls of asylums and tunnels, hoping to glimpse something otherworldly. We hear screams in the night, footsteps in the hall. The History The Riddle House in Palm Beach County, Florida, was originally a funeral parlor. 21 Most Haunted Places in the World. 20 Creepiest Places in the World. List of reportedly haunted locations in the United States. This is a list of notable locations in the United States which have been reported to be haunted by ghosts or other supernatural beings, including demons. 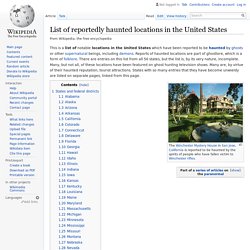 Reports of haunted locations are part of ghostlore, which is a form of folklore. There are entries on this list from all 50 states, but the list is, by its very nature, incomplete. 8 Scariest Places on Earth. By Emily H. 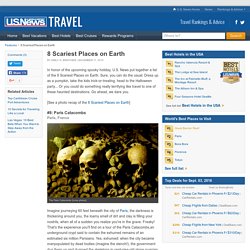 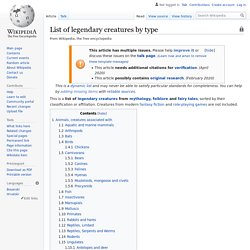 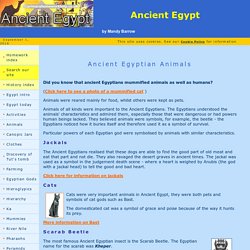 (Click here to see a photo of a mummified cat ) Animals were reared mainly for food, whilst others were kept as pets. Animals of all kinds were important to the Ancient Egyptians. The Egyptians understood the animals' characteristics and admired them, especially those that were dangerous or had powers human beings lacked. They believed animals were symbols, for example, the beetle - the Egyptians noticed how it buries itself and therefore used it as a symbol of survival. Particular powers of each Egyptian god were symbolised by animals with similar characteristics.

The Ancient Egyptians realised that these dogs are able to find the good part of old meat and eat that part and not die. Click here for information on jackals Cats were very important animals in Ancient Egypt, they were both pets and symbols of cat gods such as Bast. Ancient Egypt. Ancient Egypt was an ancient civilization of Northeastern Africa, concentrated along the lower reaches of the Nile River in what is now the modern country of Egypt. 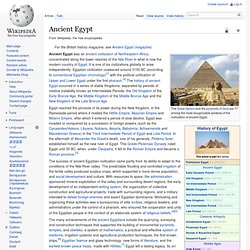 It is one of six civilizations globally to arise independently. Egyptian civilization coalesced around 3150 BC (according to conventional Egyptian chronology)[1] with the political unification of Upper and Lower Egypt under the first pharaoh.[2] The history of ancient Egypt occurred in a series of stable Kingdoms, separated by periods of relative instability known as Intermediate Periods: the Old Kingdom of the Early Bronze Age, the Middle Kingdom of the Middle Bronze Age and the New Kingdom of the Late Bronze Age. Ancient History - Greece, Rome, Egypt, China & More - History.com.

7 Terrifying Prehistoric Creatures (That Are Still Around) Look, sharks are terrifying enough already, but at least mankind was lucky enough not to have suffered through God's Cubist period, during which He designed, among other things, a shark with a circular saw for a face. 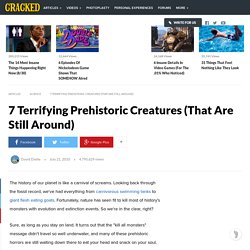 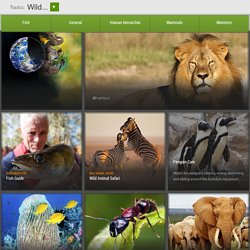 General Airing on Discovery Channel and Animal Planet, a team of artists and activists expose the hidden world of extinction with never-before-seen images that will change the way we see the world. Wild Animals Animals Are Not Trophies Let the outrage of Cecil the lion's killing be a call to action against trophy hunting. article Fish|River Monsters River Monsters River Monsters host and extreme angler Jeremy Wade uncover the world's largest, strangest and most dangerous fish. Guns Magazine.com Guns Magazine. Walking Dead Wiki - Wikia. The Official Site of the WWE Universe. The 50 Biggest Wrestlers in History. Photo from gulfcoast.prorasslin.net 750 lbs Happy Humphrey was the size of several men. 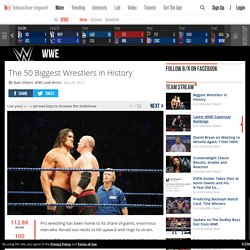 Sheamus, John Cena and Josh Mathews combined don't quite weigh as much as Humphrey did during his career. The List of Mythical Creatures - A Gods and Monsters Exclusive. I'll be honest, putting together a complete list of mythical creatures is intimidating, mostly because there are so many. So forgive me if I'm a little slow on putting this list together. Of all of the projects here on Gods-and-Monsters.com, compiling a list of mythical creatures and their stories is going to be one of the toughest. But then again, how could you have a site called "Gods and Monsters" without mentioning myth's most famous beasts?

You might notice that a lot of the monsters listed here are from ancient Greek and Roman origin. Category:Mythical creatures - Mythology Wiki - Wikia.