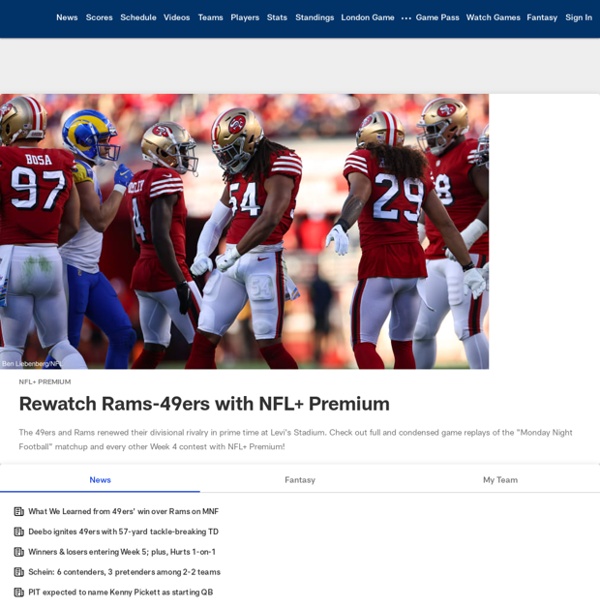 La Liga: Messi suffers thigh problem in Barca's 2-1 victory Lionel Messi, who made his first start for Barcelona in the 2019-20 season after returning from a calf injury, was replaced after half-time as the forward suffered a thigh problem. Messi made his 400th La Liga start for the Spanish champions but things once again went awry for him. However, Barca beat Villarreal 2-1. Here's more on the same. Messi replaced by Dembele as Barca win 2-1 Messi made an assist for Antoine Griezmann with a floating corner in the sixth minute. Voir les matchs en direct Home Live TV Live Sports Software Search Controversial headline against Jeremy Lin This ESPN slip up doesn't surprise me at all, because it was something that's been brewing up over the years, from ancient antiquity till today, many walks of life have been slandered, abused, and out right mistreated due to hatred, and unfair behaviors on the part of aggressors whom feel their somewhat superior, but times have definitely changed since than, and to see the remnant of such injustices vent it self off in the most unlikely places such as ESPN and aiming at an NBA player is utterly preposterous. The ESPN reporter responsible for the wrongful controversial report about Jeremy Lin was fired pretty much, or as they said on the Global Grind network he was let go, which tells me ESPN is trying to protect themselves, what are they to do, well they also stated an apology towards the Lin family, the entire Asian community, and to the world of fans due to this unrighteous deed towards Jeremy Lin.

Christmas Crafts - Easy Christmas Craft Ideas for Kids Holiday Gifts Kids Can Make There's no better gift from a kid than a homemade one. Here are some super-easy, crafty gift ideas that are perfect for teachers, family, and friends! Cute Ornament Crafts to Trim the Tree ... by outlining your bird with bright stitching and a peep wing and tails. Rohit aiming to warm-up for Test opening slot against SA Rohit Sharma will be the focus in the three-day warm-up match against South Africa, starting Thursday. The senior cricketer will lead the Board President's XI against the Proteas ahead of the three-match Test series from October 2 onwards. Rohit will bat as an opener and this serves as a perfect opportunity for him to gain confidence. Here's more. Big chance for Rohit to grab ahead of Test series The upcoming Test series is Rohit's mega chance to resurrect his stop-start Test career.

DIY Macrame Bracelet - Honestly WTF Growing up by the beach in Southern California, the ability to knot a macrame bracelet was practically a right of passage. Although those days are long behind us, we’ve never forgotten the ever-so-simple square knot technique. This time, however, we’re replacing hemp and wooden beads for more updated elements like colorful nylon cord and glossy metal charms. Happy knotting!

Yuvraj wants Rohit as India's T20I captain: Here's why Yuvraj Singh has batted for Rohit Sharma to be the T20I captain for the Indian cricket team. The southpaw wants Rohit at the helm to ease the pressure on Virat Kohli, who is leading India across all three formats. Yuvi said if Kohli is feeling overloaded, then Team India should try out Rohit as skipper in T20Is. Here's more. Rohit has shown his captaincy credentials Woven gift-wrap // pastel edition ^_^ By Kate on August 8, 2012 I noticed that the woven gift-topper I made last year was doing the rounds again on Pinterest so I thought I would make an updated pastel version (pastels seem to be the new neon at the moment). I bought some quilling strips (0.5cm) to use this time which reduces the labour by about half (I’ve also been working on some more intricate woven ‘things’ for another project…more to come soon). Anyway check out the previous post if you want full instructions. Above: Mischevious hands – the unseen backdrop in all my photo’s ^_^

La Liga, Atletico vs Real: Preview, Dream11 and more La Liga braces for a cracking Madrid derby on Saturday with Atletico hosting arch-rivals Real. Real are top of the 2019-20 season table with 14 points from six matches. Atletico are a point below on third. DROPS Pattern Library: Lace patterns DROPS pattern library contains patterns, and it keeps growing every day! The DROPS designers want you to see how these different techniques will look when applied to a knitting or crochet project. This is a very useful tool when you are looking for inspiration for own designs. Remember that by switching between yarn quality thicknesses and by picking a different knitting tension you will be able to create a new aspect to the design. Have fun! NOTE: Click on the flag/link under the picture to go to the full pattern.

Federer, Zverev hand Team Europe 3-1 lead at Laver Cup Vintage Swiss ace Roger Federer combined with Germany's Alexander Zverev to claim a hard-fought doubles victory over Jack Sock and Denis Shapovalov at the Laver Cup. Their win gave Europe a 3-1 lead over Team World after the opening day of the third Laver Cup in Geneva. This is a crucial moment for Team Europe. Here are the details. Federer, Zverev seal the deal