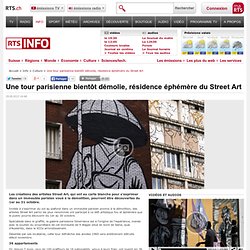 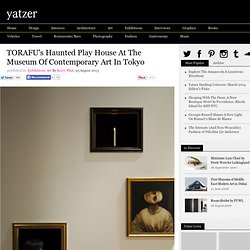 Some projects are so engaging and fun that you wish you could be a child again. The Museum of Contemporary Art in Tokyo is staging a summer exhibition for children entitled GHOSTS, UNDERPANTS and STARS and Torafu Architects (Koichi Suzuno, Shinya Kamuro) have created the most stunning and imaginative Haunted House ever. Marilyn Minter’s Gritty Glamour - Newsweek and The Daily Beast. Marilyn minter. IN THE STUDIO WITH MARILYN MINTER. Ever since I interviewed Leonard Koren, the founder of WET magazine, I've been feeding my newfound fascination with water. 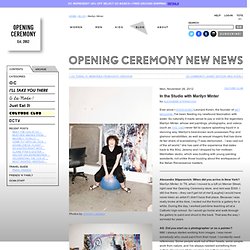 So naturally it made sense to pay a visit to the legendary Marilyn Minter, whose wet paintings, photographs, and videos (such as this one) never fail to capture splashing liquid in a stunning way. Marilyn's best-known work possesses Pop and glamour sensibilities, as well as sexual imagery that has done its fair share of scandalizing ("I was demonized... I was cast out of the art world," she has said of the experience that dates back to the 80s). Jeremy and I dropped by her midtown Manhattan studio, which was bustling with young painting assistants, not unlike those buzzing about the workspaces of the Italian Renaissance masters. 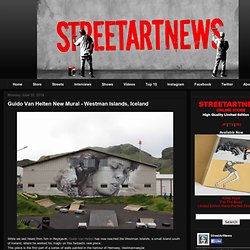 A Dark Room: The Best-Selling Game That No One Can Explain. A Dark Room starts with a few lines of text on a black screen: “the fire is dead. the room is cold. awake. head throbbing. vision blurry.” 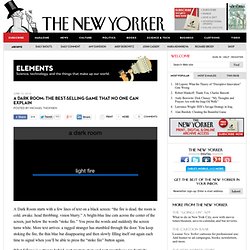 A bright-blue line cuts across the center of the screen, just below the words “stoke fire.” You press the words and suddenly the screen turns white. More text arrives: a ragged stranger has stumbled through the door. You keep stoking the fire, the thin blue bar disappearing and then slowly filling itself out again each time to signal when you’ll be able to press the “stoke fire” button again. What follows is a strange hybrid, part mystery story and part smartphone productivity software, an app that inexplicably rocketed to the most-downloaded spot in the App Store’s games section in April and stayed there throughout the month. 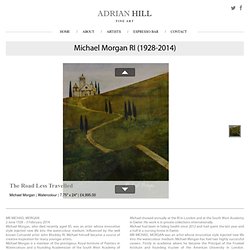 Influenced by the well known Cotswold artist John Blockley RI. Michael himself became a source of creative inspiration for many younger artists. Michael Morgan is a member of the prestigious Royal Institute of Painters in Watercolours and a founding Academician of the South West Academy of Fine and Applied Arts. We declare the world as our canvasHelp us funding Street Art Utopia - The Book. Followers, artists and photographers have for years been asking us if we’re going to print a book. 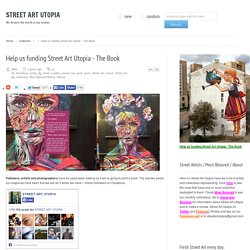 We declare the world as our canvasROA - A Street Art Collection. Installations. Tiny Portraits Hidden in the Trees. While out for walks in the woods with their little son, Austrian/French artists Jana and Js have been painting the circles left by cut tree limbs. 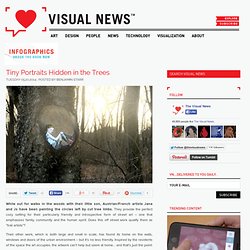 They provide the perfect cozy setting for their particularly friendly and introspective form of street art – one that emphasizes family, community and the human spirit. Does this off street work qualify them as “trail artists”? Their other work, which is both large and small in scale, has found its home on the walls, windows and doors of the urban environment – but it’s no less friendly. Inspired by the residents of the space the art occupies, the artwork can’t help but seem at home… and that’s just the point: “For us painting outside doesn’t mean finding the most visible spot but it is more about finding the perfect placement for a particular image.

Digital Papercut Illustrations by Eiko Ojala. Since our last article on Eiko Ojala (previously) the Estonian graphic designer and illustrator has continued his fantastic three dimensional drawings for leading publications around the world. 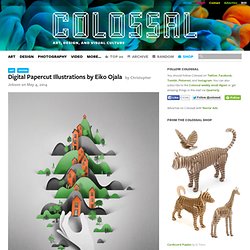 His process involves a mix of digital illustration, paper textures, and a mix of both real and artificial shadows. Artist Continues to Photoshop Rescue Dogs to Help Find Them Homes. We were one of the first ones to help spread the word about artist Sarolta Ban's heartwarming project, Help Dogs with Images, and now we're happy to report that four out of the ten rescue dogs she's worked with have been adopted to loving homes! 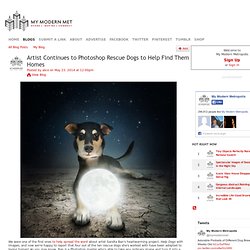 As you may know, Ban is a Photoshop master who's able to take any ordinary image and turn it into a surreal scene. To help rescue dogs find new homes, she made it her mission to bring out their beautiful personalities. Each animal, located in cities all across the world, has both a name and a story. The adorable one you see above is named Patti. Amazingly Detailed Sculptures Constructed with Pencils. He uses colorful pieces of fragmented pencils, sometimes held together with zip-ties, to create sculpted landscapes, animals, paintings, and even three-dimensional human figures. His selected medium is more customarily used to actually produce the final artwork. However, in this work, Uribe transforms the pencils into the art itself. Uribe started as a painter but eventually became drawn to the "neglected beauty of simple objects in daily use.

" His bio explains, "He began to observe them with care, collect them, set them side by side and combine them, so that they became unusual instruments of a new aesthetic, full of color, irony and lively playfulness. " Federico Uribe's website via [Cross Connect] D.