The Ancient Hopi Message about Water. Water sustains all life. 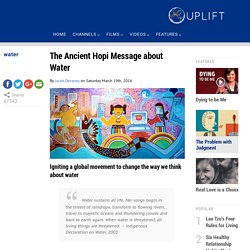 Her songs begin in the tiniest of raindrops, transform to flowing rivers, travel to majestic oceans and thundering clouds and back to earth again. When water is threatened, all living things are threatened. – Indigenous Declaration on Water, 2001 The Hopi have kept their ancient instructions from Creator, they hold a great wisdom and connection with nature. They are innovators who grow many things in the Arizona desert and experts in ritual to call forth rain to water their crops. Their connection to water is very sacred and intimate. 11 knots you need to know. It’s easy to dismiss knot tying as a skill that's rarely needed in the modern world. 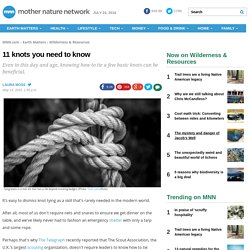 After all, most of us don't require nets and snares to ensure we get dinner on the table, and we've likely never had to fashion an emergency shelter with only a tarp and some rope. Perhaps that's why The Telegraph recently reported that The Scout Association, the U.K.'s largest scouting organization, doesn't require leaders to know how to tie knots. "Modern recruits are too busy earning badges in public relations, circus skills and IT to bother mastering a Sheepshank or a Clove Hitch," the article reads. While knots may seem irrelevant to modern life at first, they're actually everywhere once you start looking. You likely tie knots every day when you tie your shoes, put on a necktie or braid your hair, and if it weren't for knots, you'd be naked.

Inhabitat - Green Design, Innovation, Architecture, Green Building. Most urban centers have a bad rap for pollution and energy consumption, but the cities of the future could be very different. 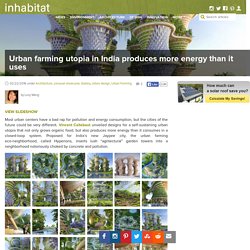 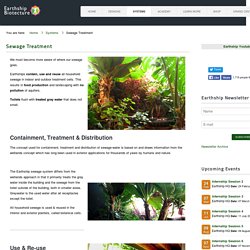 Why pipe water long distances from a centralized community water system, or from an expensive well that needs significant electrical power, depletes aquifers and lowers the water table, when water fall from the sky? Why have a corporate or political "middle man" between us and our energy needs? Our vessel (home) must be designed to sail with the forces that exist beyond human control and exploitation. An understanding of mechanical systems for most humans is limited to what is within reach of their fingertips. Earthship Living in a Cold Desolate Canadian Winter. How To Build A House With No House Payments Or Utility Bills. DIY, Homesteading, Self-Sufficiency Posted: December 31st, 2013 at 4:12 pm No house payments and no utility bills, that’s the dream, right? 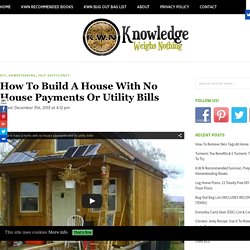 Well maybe that dream isn’t as far fetched as you might think! The video above shows how one guy built a cabin for $2000, drilled his own well and installed a solar power system which provides for all the electricity needs which cost an additional $3000. Tesla's new $3500 10kWh Powerwall home battery lets you ditch the grid. Tesla’s long awaited home battery is now on the market. 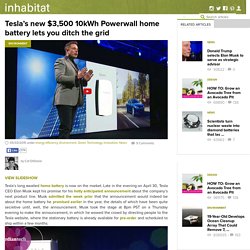 Late in the evening on April 30, Tesla CEO Elon Musk kept his promise for his hotly anticipated announcement about the company’s next product line. Musk admitted the week prior that the announcement would indeed be about the home battery he promised earlier in the year, the details of which have been quite secretive until, well, the announcement. Musk took the stage at 8pm PST on a Thursday evening to make the announcement, in which he wowed the crowd by directing people to the Tesla website, where the stationary battery is already available for pre-order and scheduled to ship within a few months. With this announcement, Tesla has fulfilled the conclusion posited by Wired last week: they are no longer a car company. Tesla is now a battery company first, and a car company second. Related: New Tesla battery could take your home off the grid Musk says so. Here’s one way to think about battery usage. What’s the take-away? + Tesla Motors.

You’ll Never Believe What Your Clothes Are Made Of! TRS_Blog_DTOP_BelowTitle_336x280 posted By The Rainforest Site The Rainforest Site The Aral Sea disaster and the destruction of the Rio Grande and Colorado River ecosystems are just some of the issues attributed to the world’s hunger for cotton, so it’s no wonder that consumers are turning to alternatives. 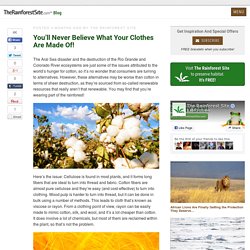