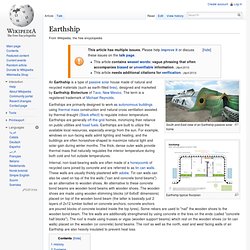 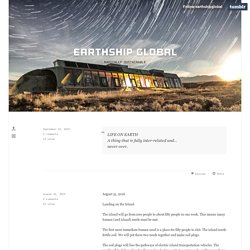 The history, the successes, the failures, the battles, the barriers, the current state of the art. It will present the growth and development of a virtual Earthship Army… not out of design but out of unstoppable interest in this direction of thinking on this planet at this time. Earthship Biotecture does not claim to have all or any of the “answers” to problems with life on Earth, we are simply addressing them on a grass roots level in the hopes of finding a better way… and that “way” is opening up like a “yellow brick road”.

The latest opening is the opportunity to “settle” a virgin island. We will get to apply all principals learned from forty-five years of trying to get closer to the right way to live on this jewel of a planet they we are all lucky enough to find ourselves on. Solar Earthship (Tire House) Passive Solar Case Study. Michael Reynolds And the Study of Earthship Design. Home > Uncategorised > Michael Reynolds And the Study of Earthship Design posted Categories: Uncategorised The Garbage Warrior is the story that began this sustainable and off the grid revolution. 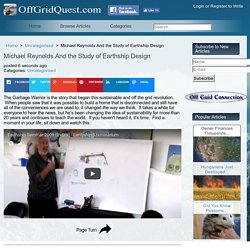 When people saw that it was possible to build a home that is disconnected and still have all of the conveniences we are used to, it changed the way we think. It takes a while for everyone to hear the news, but he's been changing the idea of sustainability for more than 20 years and continues to teach the world. If you haven't heard it, it's time. Related articles in Uncategorised. Simple Survival Earthship App - Earthship Biotecture. Earthship Biotecture has been working on development of the Simple Survival concept and design for several years. 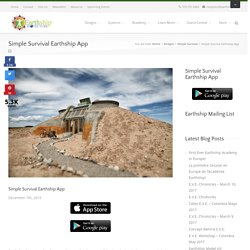 We have developed a forty page set of construction drawings that have sold for $1,000 to many people all over the world. They have been able to successfully build their own Simple Survival Earthships using these drawings. They been built-in Argentina, Germany, Philippines, USA, New Zealand and the Simple Survival systems have been used in many other countries.

This APP is aimed at bringing all of the Simple Survival information together including the full set of construction drawings, materials, operations, costs, components, photographs, systems diagrams and more. You are able to download and print the construction drawings as well as the operations to help you do it yourself. This is aimed at guiding anyone in the world toward simple sustainable living NOW. Community Center Earthship: Flower Prototype - Malawi by Michael Reynolds. Kickstarter Collections Projects We Love Trending Nearly Funded Just Launched. 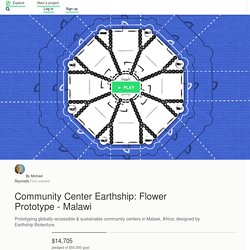 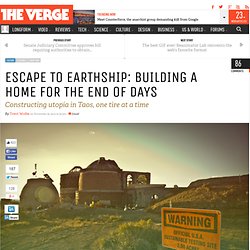 Raise your hand if you went to Space Camp. OK, you can put it down now, you will need it for scrolling. Two years ago my family and I were vacationing in Taos, New Mexico when we drove past a community of weird-looking homes, curvy little buildings facing south, adorned with solar panels and buried in earth. A man, a can, a plan A man, a can, a plan In the late 70’s the architect Michael Reynolds moved from Cleveland to the Taos mesa to race motocross. Earthship. Un article de Ékopédia, l'encyclopédie pratique. 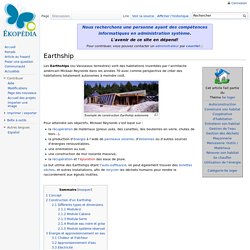 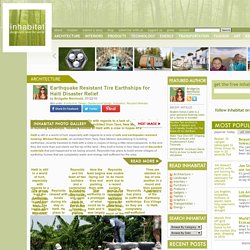 They ended up building a whole house with the help of 40 locals, ranging in age from four to 50, in just under four days. 7 Reasons Why EarthShips Are Awesome. 11 reasons why Earthships are the future - I Heart Intelligence. Earthships are the 21st century’s 100% sustainable homes that offer comforts like no other green building style you have ever seen! 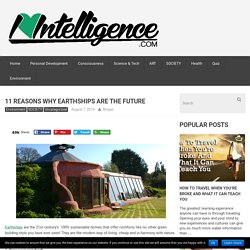 They are the modern way of living cheap and in harmony with nature. Here are 11 reasons why Earthships are so amazing: 1. Earthships - Evolutions. It all started in the late sixties begin seventies of last century. 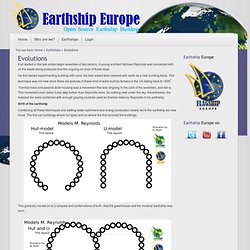 A young architect Michael Reynolds was concerned with all the waste being produced and the ongoing oil crisis of those days. He first started experimenting building with cans. He later added tires rammed with earth as a new building block. Living off the Grid - Earthships. An Earthship is a type of passive solar house made of natural and recycled materials (such as earth-filled tires), designed and marketed by Earthship Biotecture of Taos, New Mexico. The term is a registered trademark of Michael Reynolds. Earthships are primarily designed to work as autonomous buildings using thermal mass construction and natural cross ventilation assisted by thermal draught (Stack effect) to regulate indoor temperature.

Earthships are generally off-the-grid homes, minimizing their reliance on public utilities and fossil fuels. Earthships are built to utilize the available local resources, especially energy from the sun. For example, windows on sun-facing walls admit lighting and heating, and the buildings are often horseshoe-shaped to maximize natural light and solar-gain during winter months. Internal walls are usually thickly plastered with adobe. Michael Reynolds' first building, the Thumb House. Earthship. 10 Reasons Why EarthShips Are F!#%ing Awesome. Earthships are 100% sustainable homes that are both cheap to build and awesome to live in. They offer amenities like no other sustainable building style you have come across.

For the reasons that follow, I believeEarthships can actually change the world. See for yourself! When people hear about sustainable, off-the-grid living, they usually picture primitive homes divorced from the comforts of the 21st century. Earthships: Self-Sustaining Homes - A Post Apocalyptic Design. When an earthquake hits, and the power grid goes down, the water pipes are broken, gas lines are leaking everywhere, where would you want to be living? Where heat and power come from the sun? Where cooling comes from the earth? 10 Reasons Why EarthShips Are F!#%ing Awesome. Earthships are 100% sustainable homes that are both cheap to build and awesome to live in. They offer amenities like no other sustainable building style you have come across. For the reasons that follow, I believe Earthships can actually change the world. See for yourself! Blogs » 10 Reasons Why We Need An EarthShip Home.

Basicly an Earthship is a very green, sustainable home. A Look at the Models of Earthships.