Citizenshift. The Auschwitz doctor who couldn't 'do no harm' - BBC Future. Somebody Stopped Paying Their Social Security Taxes Today. Most likely you will pay your Social Security taxes all year round. 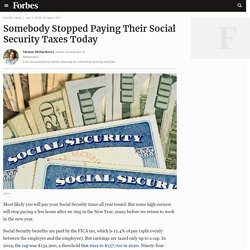 But some high earners will stop paying a few hours after we ring in the New Year, many before we return to work in the new year. Social Security benefits are paid by the FICA tax, which is 12.4% of pay (split evenly between the employer and the employee). But earnings are taxed only up to a cap. In 2019, the cap was $132,900, a threshold that rises to $137,700 in 2020. Ninety-four percent of American workers pay FICA tax all year long because our annual earnings fall below the cap, while 6% stop paying sometime during the year when their earnings reach $137,700. Universal basic income seems to improve employment and well-being. By Donna Lu Michael Brooks / Alamy The world’s most robust study of universal basic income has concluded that it boosts recipients’ mental and financial well-being, as well as modestly improving employment. 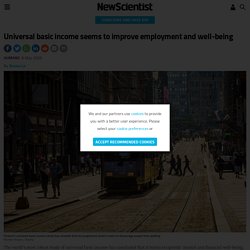 Finland ran a two-year universal basic income study in 2017 and 2018, during which the government gave 2000 unemployed people aged between 25 and 58 monthly payments with no strings attached. The Six Months That Made the Sixties. AP Images/Anonymous Unless you’re tyrannized by the laws of calendars and clocks, the “Sixties” (as opposed to the 1960s) were born not on a day or at a given hour. 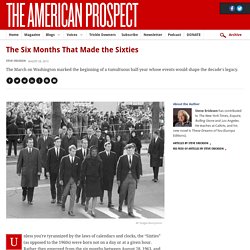 Rather they emerged from the six months between August 28, 1963, and February 23, 1964, the midway locus falling on November 22—three dates marking episodes as irrevocable as they were momentous. The March on Washington (“for Jobs and Freedom,” to give the event its precise title) on August 28 was at once the start of something and the culmination of what unfolded the preceding decade. This included a Supreme Court ruling on racial segregation, a woman who refused to change seats on a bus, federal troops enforcing the integration of Southern schools, a minister imprisoned during a close presidential campaign, the savage murders of black and white civil rights workers, and the proposal of landmark legislation only two months before by the president of the United States.

AddThis Sharing Buttons. Economics as a Moral Science - ATKINSON - 2009 - Economica. Economics deals with ascertainable facts; ethics with valuations and obligations. The two fields of enquiry are not on the same plane of discourse. (Lionel Robbins, An Essay on the Nature and Significance of Economic Science, 1932, p. 132)As against Robbins, Economics is essentially a moral science. That is to say, it employs introspection and judgement of value. (Lord Keynes, writing to Sir Roy Harrod, 4 July 1938)

Ireland’s lonely whistleblowers; FT 25Nov13. Priority queues: Where social justice and equity collide. My White Friend Asked Me on Facebook to Explain White Privilege. I Decided to Be Honest by Lori Lakin Hutcherson. We Shouldn’t Always Need a “Business Case” to Do the Right Thing. Executive Summary It’s a relief to have finally moved on from the era in which corporate responsibility meant feel-good philanthropic efforts divorced from an enterprise’s main activities. 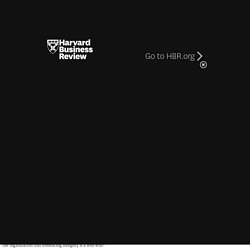 The problem is that our obsession with making the business case for ethics makes us sound apologetic and hollow. After all, there is also a business case for tax avoidance, deregulation, and even higher death rates. We do ourselves — and the world — no favors by locking ourselves into this instrumentalist argument. Has any ethics skeptic ever really been convinced by a dollars-and-cents case for doing the right thing? I’ve been a consultant for almost 20 years, advising companies on complex challenges in ethics, risk, and responsibility. It’s a relief to have finally moved on from the era in which corporate responsibility meant feel-good philanthropic efforts divorced from an enterprise’s main activities. Food for Thought on UBI – Living Income. This video mentions life and liberty. 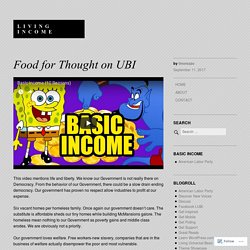 As the aftermath of the election of Donald Trump is still being sorted out, a common theme keeps cropping up from all sides: “Democrats failed to understand white, working-class, fly-over America.” 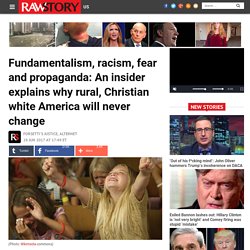 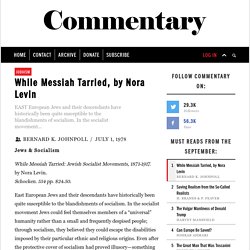 Realism was once a sophisticated intellectual tradition that represented the best in American statecraft. Eminent Cold War realists were broadly supportive of America’s postwar internationalism and its stabilizing role in global affairs, even as they stressed the need for prudence and restraint in employing U.S. power. Above all, Cold War–era realism was based on a hard-earned understanding that Americans must deal with the geopolitical realities as they are, rather than retreat to the false comfort provided by the Atlantic and Pacific oceans.

Fundamentalism, racism, fear and propaganda: An insider explains why rural, Christian white America will never change. Numbers of children in consistent poverty almost doubles during recession. The proportion of children in consistent poverty almost doubled during the recession while women lost 6 per cent more of their income than men, a report from the independent think tank Tasc shows. 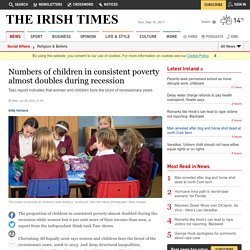 Cherishing All Equally 2016 says women and children bore the brunt of the recessionary years, 2008 to 2013. And deep structural inequalities, perpetuated by public policy, exacerbated the impact of the downturn on these groups. It says the make-up of the new Dáil after the February general election indicates the electorate do not want unfairness and there “seems to be a common commitment among all those elected . . . to achieve a fairer Ireland”. Cherishing for Beginners, by Sarah Clancy – Bogman’s Cannon Archive. Cherish the meek, cherish the ranchers, cherish the guards cherish the virgins – then ride them and cherish their sisters, cherish tax dodgers and entrepreneurs cherish the rewards of intergenerational privilege or if that’s too hard for beginners then cherish the rose of Tralee, cherish the goal and the point and the foul cherish the priest’s dirty sheets but not the women who wash them, shh! 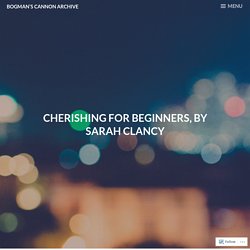 Don’t even mention them or what they might need, go on and worship the IFSC. And yet /we must live/ in these times. 84 Flares Twitter 0 Facebook 84 84 Flares × 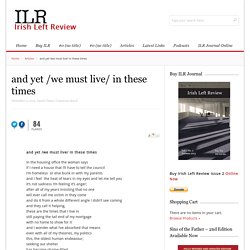 Anarchism and Nationalism: On the Subsidiarity of Deconstruction. Disarming with Empathy: Jo Berry at TEDxExeter. AJ+ - This former CIA officer's secret life taught her one...