19 Shocking Statistics That Change The Way You See America. 22 Problems Only English People Completely Understand. St George's Day is upon us, like some sort of huge dragon. 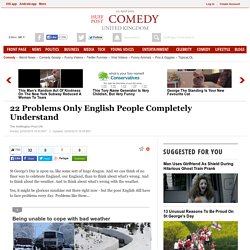 And we can think of no finer way to celebrate England, our England, than to think about what's wrong. And to think about the weather. Ask.com Toolbar Can Hijack Your Computer Through Java Updates. The Ask.com toolbar is not a handy tool — it’s a Curse because it never goes away. 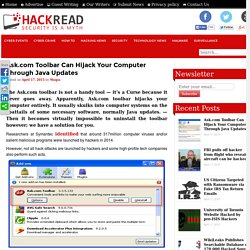 Apparently, Ask.com toolbar hijacks your computer entirely. It usually skulks into computer systems on the coattails of some necessary software, normally Java updates. — Then it becomes virtually impossible to uninstall the toolbar however; we have a solution for you. Researchers at Symantec identified that around 317million computer viruses and/or salient malicious programs were launched by hackers in 2014.

Ancient History. Even This Cuddly Teabagger Dude Might Vote For Hillary, So He Can Keep His Beloved Obamacare. Top tax rates: Why it’s absolutely crazy that we don’t ask millionaires to pay more. Photo illustration by Slate. 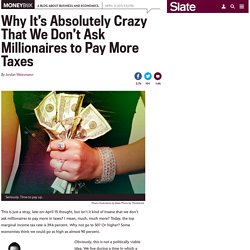 Photo by Thinkstock This is just a stray, late-on-April 15 thought, but isn’t it kind of insane that we don’t ask millionaires to pay more in taxes? I mean, much, much more? Today, the top marginal income tax rate is 39.6 percent. The officer who refused to lie about being black - BBC News. Today it's taken for granted that people of all ethnic groups should be treated equally in the armed forces and elsewhere. 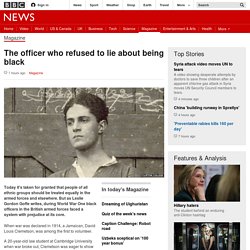 But as Leslie Gordon Goffe writes, during World War One black officers in the British armed forces faced a system with prejudice at its core. When war was declared in 1914, a Jamaican, David Louis Clemetson, was among the first to volunteer. A 20-year-old law student at Cambridge University when war broke out, Clemetson was eager to show that he and others from British colonies like Jamaica - where the conflict in Europe had been dismissed by some as a "white man's war" - were willing to fight and die for King and Country.

He did die. Just 52 days before the war ended, he was killed in action on the Western Front. MH17 crash: My revealing fragments from east Ukraine - BBC News. When a journalist investigates a crime scene something is wrong. 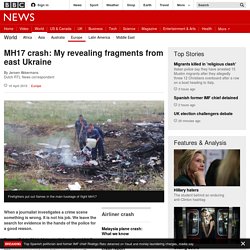 It is not his job. We leave the search for evidence in the hands of the police for a good reason. But on 17 July 2014, Malaysia Airlines flight MH17 exploded over eastern Ukraine and the remains of 298 passengers and crew fell in a warzone with frontlines instead of police lines. What Ferguson Means: The View From Abroad. Violent protests that erupted after a grand jury's failure to indict a white police officer for shooting to death an unarmed black teenager in Ferguson, Missouri, are making world headlines, with editors and reporters reflecting on the state of American justice and race relations. 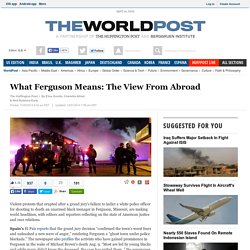 Chomsky: 'I Don't Look at Twitter Because It Doesn't Tell Me Anything'  This is an interview for Byline, a crowdfunded independent media platform that gives you a personalized newspaper. 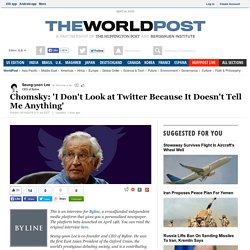 The platform beta-launched on April 14th. You can read the original interview here. Seung-yoon Lee is co-founder and CEO of Byline. He was the first East Asian President of the Oxford Union, the world's prestigious debating society, and is a contributing editor to The WorldPost. Three decades ago, Prof. BBC Foreknowledge of 9/11 Collapse of WTC Building Seven: British Man Won Law Suit against BBC for 9/11 Cover Up.

By EV Horsham, UK, 2013 – Tony Rooke, in an act of civil disobedience, refused to pay the mandatory £130 TV license fee claiming it violates Section 15 of the Terrorism Act. 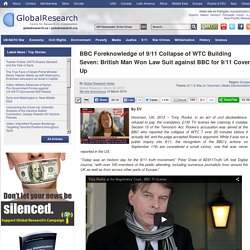 Rooke’s accusation was aimed at the BBC who reported the collapse of WTC 7 over 20 minutes before it actually fell, and the judge accepted Rooke’s argument. While it was not a public inquiry into 9/11, the recognition of the BBC’s actions on September 11th are considered a small victory, one that was never reported in the US. “Today was an historic day for the 9/11 truth movement,” Peter Drew of AE911Truth UK told Digital Journal, “with over 100 members of the public attending, including numerous journalists from around the UK as well as from across other parts of Europe.” 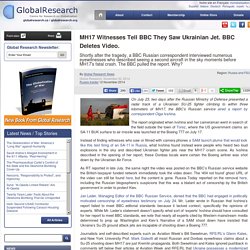 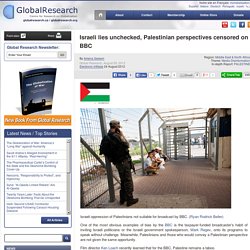 (Ryan Rodrick Beiler) One of the most obvious examples of bias by the BBC is the taxpayer-funded broadcaster’s habit of inviting Israeli politicians or the Israeli government spokesperson, Mark Regev, onto its programs to speak without challenge. Meanwhile, Palestinians and those who would convey a Palestinian perspective are not given the same opportunity. Film director Ken Loach recently learned that for the BBC, Palestine remains a taboo. Global Research - Centre for Research on Globalization. “Creativity is the lifeblood of our organisation.” (BBC Mission statement.) The Media War on Libya: Justifying War through Lies and Fabrications. The War on Libya – PART II In the first part of this text , the events that led to the conditions that set the backdrop for the present conflict in Libya were discussed.

The present text examines the events which were conducive to the NATO-led war on Libya. Media distortion and misinformation have played a major role in opening the door to war in North Africa. Global Research - Centre for Research on Globalization. November 9, 2005 on the BBC News website, under the title US ‘uses incendiary arms’ in Iraq I could still read: The Media War on Libya: Justifying War through Lies and Fabrications. The faces of prostitution in Australia - BBC News. What kind of people are sex workers? In Australia, hundreds of them are telling the world about themselves using social media. "College student. Aspiring lawyer. Activist. Daughter, sister, sex worker. 9 Things Many Americans Just Don’t Grasp (Compared to the Rest of the World) To hear the far-right ideologues of Fox News and AM talk radio tell it, life in Europe is hell on Earth. Google wants to rank websites based on facts not links - 28 February 2015.

How Muslim Azerbaijan had satire years before Charlie Hebdo. Could we please not forgive Sarah Palin? She is an unrepentant nightmare. The Internet Is A 'Black Hole' Of History Says Vint Cerf.