Lawrence Brown sur Twitter : "7) Connor Meek told the truth. In fact, our city budget tells the truth too. We have policing predicated on war. Army tested mustard gas on WWII soldiers grouped by race and compared results against ‘normal’ whites. The Pentagon admitted decades ago to using American troops to conduct experiments with mustard gas, but a recent investigative report revealed the military grouped subjects by race and compared the results against “normal” whites. 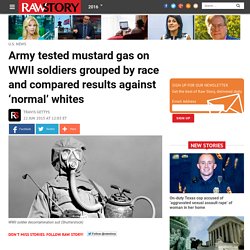 The military tested mustard gas and other chemical agents with about 60,000 enlisted men serving as proxies for enemy troops, reported NPR. Those troops were broken into racial groups, with white soldiers used as scientific control groups to establish what a “normal” reaction would be, and those results were compared to the reactions of other ethnicities. ‘The Condition of Black Life Is One of Mourning’ A friend recently told me that when she gave birth to her son, before naming him, before even nursing him, her first thought was, I have to get him out of this country. 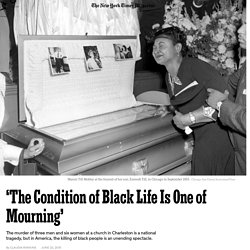 We both laughed. Perhaps our black humor had to do with understanding that getting out was neither an option nor the real desire. Shaun King sur Twitter : "The shocking truth about the two Chicago Police Officers in this photo. A deep rabbit hole. Cleveland Police Union Blames 12-Year-Old Tamir Rice For Being Some Kind Of Monster. Shrill sur Twitter : "there are no black children. This is your brain on Whiteness: The invisible psychology of white American ignorance explained. Earlier this week, outlaw motorcycle clubs engaged in a daylight gun battle in Waco, Texas. 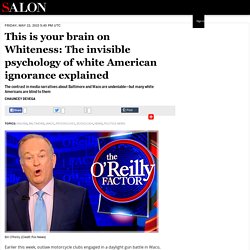 This combat involved hundreds of people. The mall where the riot occurred was left resembling a war zone, with hundreds of spent bullet cartridges strewn about, broken bodies everywhere, and police and other local municipal services overwhelmed. By the end of melee, nine outlaws were dead, 18 wounded, and at least 165 people were arrested; 120 guns were recovered at the crime scene. In late April and early May, African-American young people protested the killing of Freddie Gray by the Baltimore police. Those peaceful protests escalated into a local uprising against the police.

Suicide Rates Doubled Among African-American Children Ages 5 To 11 Since 1993. Researchers have found that rates of suicide among African-American children, specifically boys, have doubled since 1993, surpassing for the first time the rates among white children which dropped over the same period.

The study published in the journal JAMA Pediatrics Tuesday, was based on data obtained from the Centers for Disease Control and Prevention which gives a breakdown of causes of death in 657 cases of suicide among children ages five to 11 between 1993 and 2012, 84 percent of whom were boys. The New York Times reports that researchers were surprised to find that suicide rates among black boys ages five to 11 nearly doubled between 1993 and 2012, rising from 1.78 to 3.47 per million.

This happened while the rates among white boys of the same age group decreased from 1.96 to 1.31 per million. Shaun King sur Twitter : "#NatashaMckenna was handcuffed, w/ her legs shackled and a mask covering her face, when police tasered her to death. New York Magazine sur Twitter : ""I put in white tenants": The grim, racist (& likely illegal) methods of one Brooklyn landlord. Samuel Sinyangwe sur Twitter : "#TonyRobinson wasn't an isolated incident. Police in Madison kill black men at a higher rate than the US murder rate. The Unorthodox Duck sur Twitter : "Dear white people, Stop invoking MLK against us. Don't forget he said THIS: Sincerely, #BlackLivesMatter. Shaun King sur Twitter : "Shocking News Officers who killed Tamir Rice have NOT yet been interviewed by investigators. Reporting on Waco biker gang killings reveals disparities in news coverage. Occupy Wall Street sur Twitter : "How many synonyms for "riot" will media use to describe white-on-white violence? #WacoShooting.

Vox sur Twitter : "Media coverage of gang violence sure looks different when the perpetrators are white. How Mindfulness Can Defeat Racial Bias. This article first appeared on Greater Good, the online magazine of the Greater Good Science Center at UC Berkeley. 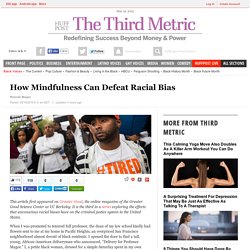 It is the third in a series exploring the effects that unconscious racial biases have on the criminal justice system in the United States. National Day of Action For Black Women and Girls: #JusticeforRekia #SayHerName #BlackWomenMatter. Recent events across the country have demonstrated that police murders, sexual assault and harassment continue with impunity. 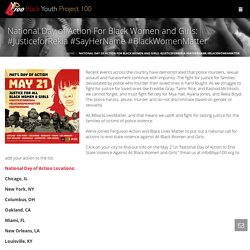 The fight for justice for families devastated by police who murder their loved ones is hard fought. Can Racism Be Stopped in the Third Grade? An experiment at Fieldston, which starts when 8-year-olds are sorted by race, has some very liberal parents fuming. 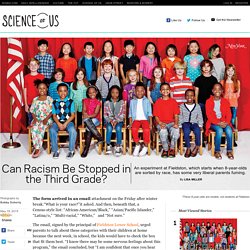 Photographs by Bobby Doherty The form arrived in an email attachment on the Friday after winter break. “What is your race?” It asked. M.christianpost. The Church can experience long-lasting racial reconciliation when Christians finally choose to do three particular things that they apparently have been failing to do, according to three Christian leaders who recently took on the issue of how racial unity and the Gospel are intertwined. 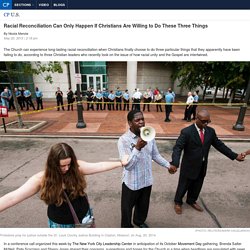 (Photo: Reuters/Mark Kauzlarich)Protestors pray for justice outside the St. Louis County Justice Building in Clayton, Missouri, on Aug. 20, 2014. In a conference call organized this week by The New York City Leadership Center in anticipation of its October Movement Day gathering, Brenda Salter McNeil, Pete Scazzero and Sherry Jones shared their concerns, suggestions and hopes for the Church in a time when headlines are populated with news of police-involved shootings, of mostly black males. McNeil is an associate professor of Reconciliation Studies in the School of Theology at Seattle Pacific University and serves as associate pastor at Quest Church. (Photo: SPU.edu)The Rev. Shaun King sur Twitter : "In the criminal report against Tamir Rice, they name the officer who shot him & the State of Ohio as HIS VICTIMS.

Deray mckesson sur Twitter : "The ATF is now circulating flyers with a $10,000 reward to find people suspected of damaging property during the #BaltimoreUprising. Wow." Watch this activist politely destroy CNN for racism: ‘Whiteness gets nuance and blackness doesn’t’ Richard Florida sur Twitter : "The Link Between Walkable Neighborhoods and Race - My latest @CityLab - Inerrancy, white evangelicals, ‘and the sin of racism’ 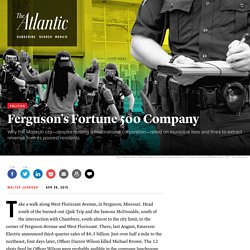 Head south of the burned-out Quik Trip and the famous McDonalds, south of the intersection with Chambers, south almost to the city limit, to the corner of Ferguson Avenue and West Florissant. There, last August, Emerson Electric announced third-quarter sales of $6.3 billion. Just over half a mile to the northeast, four days later, Officer Darren Wilson killed Michael Brown. The 12 shots fired by Officer Wilson were probably audible in the company lunchroom. I Wonder if Heaven Got a Ghetto: Towards a Hip-Hop Eschatology. Dedicated to Ailey. 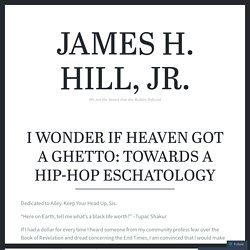 As Riots Follow Freddie Gray's Death in Baltimore, Calls for Calm Ring Hollow. Rioting broke out on Monday in Baltimore—an angry response to the death of Freddie Gray, a death my native city seems powerless to explain. Gray did not die mysteriously in some back alley but in the custody of the city's publicly appointed guardians of order. And yet the mayor of that city and the commissioner of that city's police still have no idea what happened. I suspect this is not because the mayor and police commissioner are bad people, but because the state of Maryland prioritizes the protection of police officers charged with abuse over the citizens who fall under its purview.