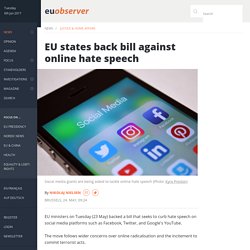 The move follows wider concerns over online radicalisation and the incitement to commit terrorist acts. It also comes on the heels of a suicide terror attack in the UK that ended the lives of 22 people and injured 59 others following a concert in Manchester. The EU bill still needs the support of the European Parliament before it becomes law. But if passed, the tech giants will need to remove offensive content, posing broader concerns over free speech. Digital rights defenders have in the past argued that the fight against radical online content often leads to censorship. OSCE ODHIR understanding antisemitic statements. Rise in anti-Semitism demands stronger action, urge MEPs.

Hate speech and violence against Europe’s Jewish citizens are incompatible with EU values, so all EU member states must take measures to ensure the security of their Jewish citizens, say MEPs.

Sur base de la définition de l'antisémitisme de l'IRHA: Antisemitism is a certain perception of Jews, which may be expressed as hatred toward Jews. Rhetorical and physical manifestations of antisemitism are directed toward Jewish or non-Jewish individuals and/or their property, toward Jewish community institutions and religious facilities.” – ellya9

They call on leading national politicians to oppose anti-Semitic statements systematically and publicly, and urge every member state to appoint a national coordinator to combat anti-Semitism. 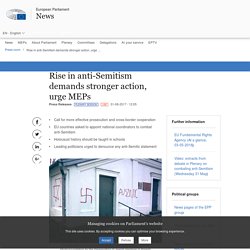 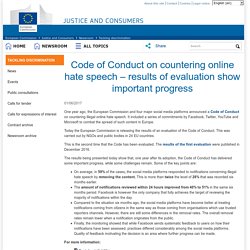 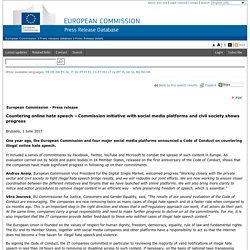 An evaluation carried out by NGOs and public bodies in 24 Member States, released on the first anniversary of the Code of Conduct, shows that the companies have made significant progress in following up on their commitments. Andrus Ansip, European Commission Vice President for the Digital Single Market, welcomed progress:"Working closely with the private sector and civil society to fight illegal hate speech brings results, and we will redouble our joint efforts. We are now working to ensure closer coordination between the different initiatives and forums that we have launched with online platforms.

We will also bring more clarity to notice and action procedures to remove illegal content in an efficient way - while preserving freedom of speech, which is essential. " Factsheet Monitoring. Home. Facing all the Facts! MANDOLA: Partners. The Foundation for Research and Technology - Hellas (FORTH), established in 1983, is the largest Greek State R&D Centre. 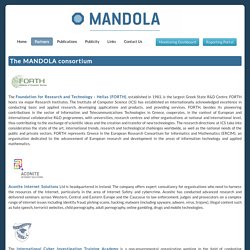 FORTH hosts six major Research Institutes. The Institute of Computer Science (ICS) has established an internationally acknowledged excellence in conducting basic and applied research, developing applications and products, and providing services. FORTH, besides its pioneering contributions in the sector of Information and Telecommunications Technologies in Greece, cooperates, in the context of European and international collaborative R&D programmes, with universities, research centres and other organisations at national and international level, thus contributing to the exchange of scientific ideas and the creation and transfer of new technologies.

The research directions at ICS take into consideration the state of the art, international trends, research and technological challenges worldwide, as well as the national needs of the public and private sectors. Facebook Files.