Not sure where this cool stuff should go

Teacher spends two days as a student and is shocked at what she learns. A student takes notes at Woodrow Wilson High School in Washington D.C. 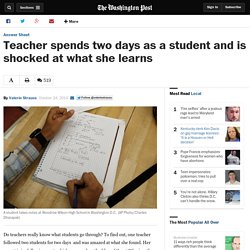 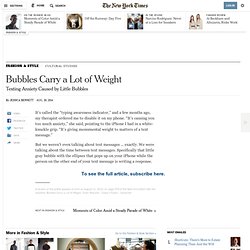 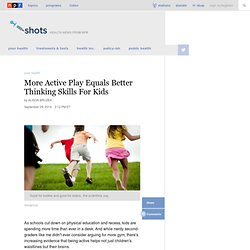 iStockphoto hide caption itoggle caption iStockphoto Good for bodies and good for brains, the scientists say. iStockphoto As schools cut down on physical education and recess, kids are spending more time than ever in a desk. "If you consider the anthropology of humankind, we were designed to move," Charles Hillman, a professor of kinesiology at the University of Illinois at Urbana-Champaign tells Shots. Hillman and colleagues have added more evidence as to how activity helps kids. The researchers looked at a nine-month after-school program, called Fitness Improves Thinking in Kids (FITKids) at the University of Illinois. Brain activity during the multitasking test for active kids (left) and non-active kids (right).

The Human Voicebank. A Generic College Paper. Since the beginning of time, bullshit, flowery overgeneralization with at least one thesaurus’d vocabulary word. 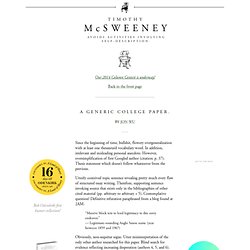 In addition, irrelevant and misleading personal anecdote. Why I Think This World Should End. Rising playwright Tarell Alvin McCraney takes his own, wary path to L.A. - LA Times. 35 Things To Do Instead Of Spending Money. Life Lessons I Wish I'd Learned In My 20s If you want to put your success on the fast track, study what has worked for people who've come before you. 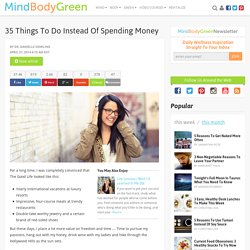 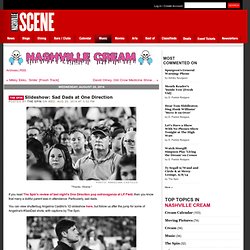 The Stubborn "Nail Houses" That Refuse to Get Demolished. Why Walking Helps Us Think - The New Yorker. In Vogue’s 1969 Christmas issue, Vladimir Nabokov offered some advice for teaching James Joyce’s “Ulysses”: “Instead of perpetuating the pretentious nonsense of Homeric, chromatic, and visceral chapter headings, instructors should prepare maps of Dublin with Bloom’s and Stephen’s intertwining itineraries clearly traced.” 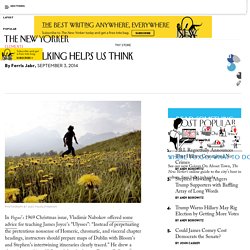 He drew a charming one himself. Several decades later, a Boston College English professor named Joseph Nugent and his colleagues put together an annotated Google map that shadows Stephen Dedalus and Leopold Bloom step by step. This Awkward Report From The Urbana Sweetcorn Fest Is Full Of Lies. Couple arrive home from honeymoon to find house covered in 14,000 Post-it notes. Lizzie Dearden Published 19/08/2014 | 13:44 Share. 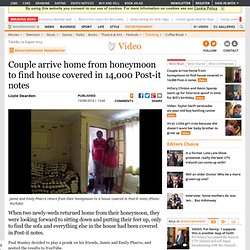 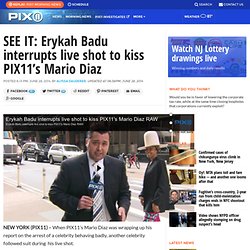 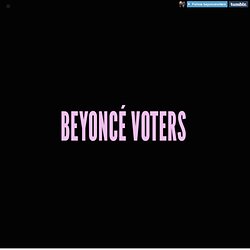 The Woman on Top of the World. A few years ago, Beyoncé Knowles was like any other record-breaking pop star in an already crowded field. Then something changed. Photo If you’ve ever seen Beyoncé Knowles astride a concert stage or a red carpet, you know she is a woman with a flair for dramatic entrances. But no previous coup de théâtre prepared the world for the arrival of the singer’s fifth full-length solo record, “Beyoncé,” the “visual album” that airdropped onto iTunes at midnight on Dec. 13, 2013.

For months, the music press had seethed with speculation about Beyoncé’s delayed record release, with rumors of disastrous studio sessions and dozens of scrapped songs. Depression Part Two. I remember being endlessly entertained by the adventures of my toys. Some days they died repeated, violent deaths, other days they traveled to space or discussed my swim lessons and how I absolutely should be allowed in the deep end of the pool, especially since I was such a talented doggy-paddler.

I didn't understand why it was fun for me, it just was. But as I grew older, it became harder and harder to access that expansive imaginary space that made my toys fun. I remember looking at them and feeling sort of frustrated and confused that things weren't the same. 15 TED Talks That Will Change Your Life. Feel like getting inspired, motivated or just looking for a feel-good cry? Conor Cusack: Depression is a friend, not my enemy. Conor Cusack Published 29/10/2013|07:34. The Habits Of Supremely Happy People. Martin Seligman, the father of positive psychology, theorizes that while 60 percent of happiness is determined by our genetics and environment, the remaining 40 percent is up to us.

It Took Studying 25,782,500 Kids To Begin To Undo The Damage Caused By 1 Doctor. Once upon a time, a scientist named Dr. Andrew Wakefield published in the medical journal The Lancet that he had discovered a link between autism and vaccines.