Special Report: Is it time to look at UK smaller companies again? Business models. Blog: The never-changing face of retail investment risk. 'Stillborn' Baby Found Alive In Morgue Coffin. What to do for a depressed ill person. Stress makes us depressed, fat, sick - and we do it to ourselves. A sensible person might argue that at 74, Connie Berto should be enjoying the quiet luxuries of retirement, like afternoon naps and baking pies. But like most Americans, Berto has picked the rush of an active, nonstop lifestyle over peace and quiet.

"I'm always on the go, go, go," said Berto, who lives in the Sleepy Hollow community in Marin County. "My husband and I have a lot of interests and volunteer work and grandchildren - 2-year-old twins that I babysit all the time. I have two horses in the backyard, and I do all the cleaning and the cooking myself. " And don't get her started on the holidays. I hate myself. Creflo Dollar Exposed. Google automatic supression of page instead of scrolling right. Profiles, Photos, Videos, Updates & More. BEST platform to launch an ezine. BEST platform for online business. Changing Mentality « Small Steps for Big Change. I started this blog with the intention of getting debt free and getting a stronger financial foothold. 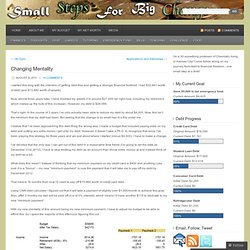 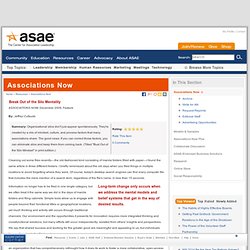 I briefly reminisced about the old days when you filed things in multiple locations to avoid forgetting where they were. Measha Brueggergosman Butchered National Anthems Before Senators/Penguins Hockey Game. Seven deadly sins. According to Catholic moral thought, the seven deadly sins are not discrete from other sins, but are instead the origin ("capital" comes from the Latin caput, head) of the others. 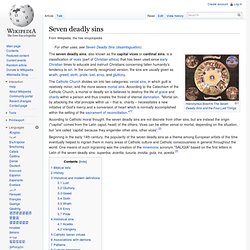 Vices can be either venial or mortal, depending on the situation, but "are called 'capital' because they engender other sins, other vices".[2] Beginning in the early 14th century, the popularity of the seven deadly sins as a theme among European artists of the time eventually helped to ingrain them in many areas of Catholic culture and Catholic consciousness in general throughout the world. Social Sharing Platform 'Mulu' Launches V2 at SXSWi - The Business Journals. Palo Alto, Calif., March 7, 2011 /PRNewswire/ -- Mulu, a distinctive new social media platform, will launch Version 2 with a dinner during SXSWi in Austin, TX, co-hosted by Sophia Rossi of Hello Giggles. 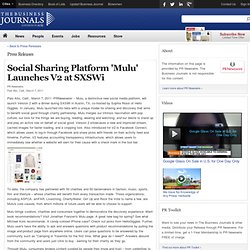 In January, Mulu launched into beta with a unique model for sharing and discovery that aims to benefit social good through charity partnership. Mulu merges our intrinsic fascination with pop culture; our love for the things we are buying, reading, wearing and watching; and our desire to stand up and play an active role on behalf of social good. Version 2 showcases a new and improved stream, cached images for faster loading, and a cropping tool. Kishor Krishnamoorthi Photography. How I Became the Love of My Life. INSPIRING-PICTURES.COM. Illustrations by Michael Molloy. Designed by Michael Molloy.

Portrait Illustration Art and Typography by Michael Molloy Digital Illustration Art by Michael Molloy “Series of illustrations and typography done in the end of 2011 and the beginning of 2012. Mixture of Client and personal work.” Quizzes from YouBeauty - StumbleUpon. Interiors Style Architecture Design - PERSPECTIVE. Everyone has a business inside them. What's the business in you? Help with finance, mentors and advice for new and growing businesses. Perspective magazine. The Timeshare & Fractional Ownership Industry's Leading Independent Magazine. Registering as a sole trader or freelancer. VAT. How might NI and tax affect your business?

Here is an introduction to the different kinds of taxes that you might have to pay - working on your own or in business with others. 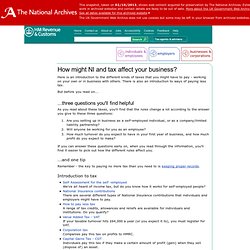 There is also an introduction to ways of paying less tax. But before you read on... As you read about these taxes, you'll find that the rules change a lot according to the answer you give to these three questions: Www.hmrc.gov.uk/leaflets/se1.pdf. Www.hmrc.gov.uk/startingup/working-yourself.pdf. Register a new business. Www.hmrc.gov.uk/leaflets/es-fs1.pdf. HMRC: Structured Email. Setting up in business as a sole trader. The Greehey Family Foundation: William E. (Bill) Greehey. Bill Greehey is Chairman of the Board of NuStar Energy L.P., and NuStar GP Holdings, LLC, both of which are based in San Antonio, Texas. 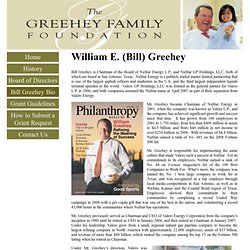 NuStar Energy is a publicly traded master limited partnership that is one of the largest asphalt refiners and marketers in the U.S. and the third largest independent liquids terminal operator in the world. Valero GP Holdings, LLC was formed as the general partner for Valero L.P. in 2006, and both companies assumed the NuStar name in April 2007 as part of their separation from Valero Energy. Mr. Greehey became Chairman of NuStar Energy in 2001, when the company was known as Valero L.P., and the company has achieved significant growth and success since that time. The Philanthropist. Few Canadians think about public policy, though it touches our lives in innumerable ways every day. 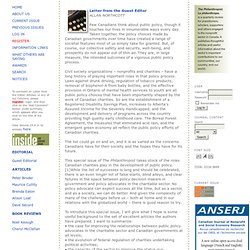 Taken together, the policy choices made by Canadian governments over time have created a range of societal features most of us simply take for granted. But, of course, our collective safety and security, well-being, and prosperity do not appear out of thin air. They are, in large measure, the intended outcomes of a vigorous public policy process. Civil society organizations – nonprofits and charities – have a long history of playing important roles in that policy process. Laws against drunk driving, regulation of tobacco products, removal of bisphenol-A from baby bottles, and the effective provision in Ontario of mental health services to youth are all public policy choices that have been importantly shaped by the work of Canadian charities. 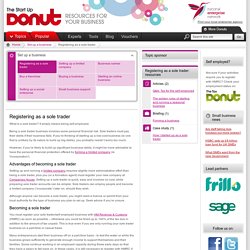 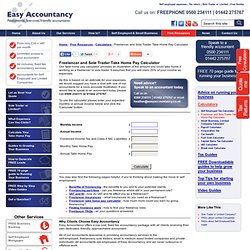 All of our accountants specialise in providing accountancy services to the self-employed, freelancers, sole traders, small to medium sized limited companies and private individuals. All accountants are employees of Easy Accountancy and we never outsource or offshore work. Our low cost, all-inclusive fixed-fee accountancy service includes unlimited access to your own dedicated accountant throughout the year and covers all your business and personal tax affairs needs. 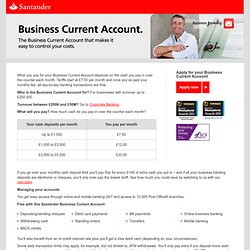 Sole Trader Advantages and Disadvantages. Opening a Business Bank Account - How to Open. Sole Trader Tax Rates and Deductions. The sole trader tax rules are the same as if you are an individual and pay income tax rather than corporation tax for example as a limited company. Mpany v Sole Trader > the tax comparison (£3,000 pa tax saving ?) Tax for self-employed and national insurance for self-employed, includes when tax bills are sent and when self-employed tax and NI payments are due. Running the business. Corporation Tax rates. Main rate of Corporation Tax The main rate of Corporation Tax applies when profits (including ring fence profits) are at a rate exceeding £1,500,000, or where there is no claim to another rate, or where another rate does not apply. From 1 April 2015 the small profits rate will be unified with the main rate, so there will be only one Corporation Tax rate for non-ring fence profits - set at 20%.

Ring fence companies *For companies with ring fence profits (income and gains from oil extraction activities or oil rights in the UK and UK Continental Shelf) these rates differ. The small profits rate of tax on those profits is 19% and the ring fence fraction is 11/400 for financial years starting 1 April 2011, 2012, 2013 and 2014. Corporation Tax on chargeable gains. Business Briefcase: Registration under way for Small Business Tax Workshop. Small Business Advice UK. Kimora Lee Simmons Pictures - The Alzheimer's Association's 19th Annual "A Night At Sardi's"