Order Out of Chaos Magic: The Dark Roots of the Alt Right. Recently I ended up on a crazy dot connecting mission, thanks to information presented to me by Hugh Wyatt Mann. 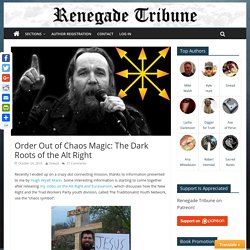 Some interesting information is starting to come together after releasing my video on the Alt Right and Eurasiansim, which discusses how the New Right and the Trad Workers Party youth division, called The Traditionalist Youth Network, use the “chaos symbol”. A close associate of The Trad Workers Party, and the alt right in general, is known anti-White psychopath, Alexander Dugin. Ronald Reagan and the occultist: The amazing story of the thinker behind his sunny optimism.

Ronald Reagan often spoke of America’s divine purpose and of a mysterious plan behind the nation’s founding. 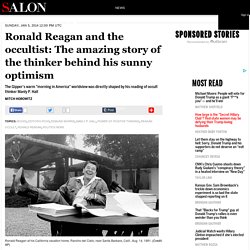 “You can call it mysticism if you want to,” he told the Conservative Political Action Conference in 1974, “but I have always believed that there was some divine plan that placed this great continent between two oceans to be sought out by those who were possessed of an abiding love of freedom and a special kind of courage.”

These were remarks to which Reagan often returned. He repeated them almost verbatim as president before a television audience of millions for the Statue of Liberty centenary on July 4, 1986. THE GIZA DEATH STAR, DOES IT STILL WORK? THE LONG ANSWER. Over the past few months I've appeared on some radio talk shows and once or twice in those shows' dedicated chat rooms, discussing my books. 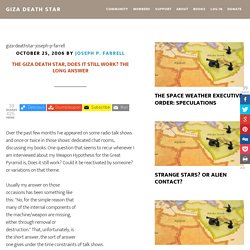 One question that seems to recur whenever I am interviewed about my Weapon Hypothesis for the Great Pyramid is, Does it still work? Could it be reactivated by someone? Or variations on that theme. Usually my answer on those occasions has been something like this: "No, for the simple reason that many of the internal components of the machine/weapon are missing, either through removal or destruction. " That, unfortunately, is the short answer, the sort of answer one gives under the time constraints of talk shows. DKMU's Assault on Reality and the Ellis Sigil. “Consensus reality” is a funny term. 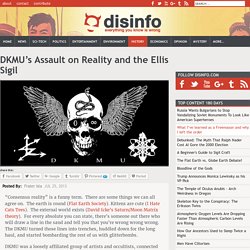 There are some things we can all agree on. The earth is round (Flat Earth Society). Kittens are cute (I Hate Cats Tees). The external world exists (David Icke’s Saturn/Moon Matrix theory). How to Be a Wizard: 20 Steps. Steps. 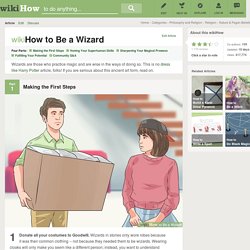 Jack Chick Was Right: How ‘Dungeons & Dragons’ Made Me an Occultist. By Michael M. 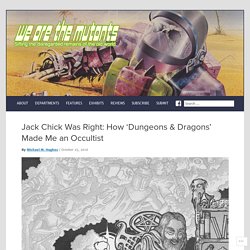 Hughes / October 25, 2016 If you’re like me, and you played Dungeons & Dragons in the ’70s and ‘80s, then you likely encountered someone who told you you were going to Hell. Maybe your born again aunt slipped you the infamous Jack Chick pamphlet, Dark Dungeons. Or maybe it was the kid in your class who broke your record player trying to convince you of the pervasiveness of Satanic messages in backward-masked heavy metal vocals. Secret Transmissions: Magic Battles for the Mind: Escaping the Dark Cave of Political Sorcery. “Power is in tearing human minds to pieces and putting them together again in new shapes of your own choosing.” ― George Orwell, 1984 The mental mass hysteria on display during this American Presidential election has become unbearably stomach turning. 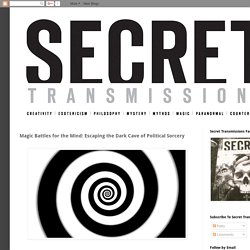 MIND over MATTER. The Power of Ritual. Obliquity and Desire of Result. VISUP: The Soft Doctrines of Memphis Sam Part IV. With the cover art and my musings concerning the Process finished, let us now turn our attention to the actual music on . 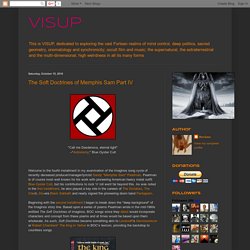 Opener ". Altered States of Reading (Part 1): VALIS, Vallee, and Vaal @ The Nightshirt. Where to begin when the story is a loop? 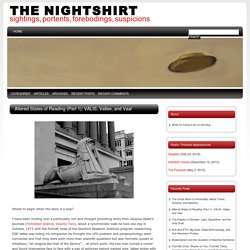 I have been mulling over a particularly rich and thought provoking entry from Jacques Vallee’s journals (Forbidden Science, Volume Two ), about a synchronistic walk he took one day in October, 1973 with Hal Puthoff, head of the Stanford Research Institute program researching ESP. Ufology Roundtable – An Oblique Kick In The UFO Butt. Joining me for this RM popup show were Michael Hughes, Seriah Azkath, and Josh Cutchin. 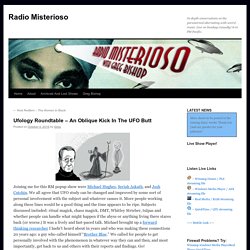 We all agree that UFO study can be changed and improved by some sort of personal involvement with the subject and whatever causes it. More people working along these lines would be a good thing and the time appears to be ripe. Subjects discussed included: ritual magick, chaos magick, DMT, Whitley Strieber, tulpas and whether people can handle what might happen if the abyss or anything living there stares back (or worse.)

It was a lively and fast-paced talk. Michael brought up a forward thinking researcher I hadn’t heard about in years and who was making these connections 20 years ago: a guy who called himself “Brother Blue.” HyperNormalisation. HyperNormalisation wades through the culmination of forces that have driven this culture into mass uncertainty, confusion, spectacle and simulation. Where events keep happening that seem crazy, inexplicable and out of control—from Donald Trump to Brexit, to the War in Syria, mass immigration, extreme disparity in wealth, and increasing bomb attacks in the West—this film shows a basis to not only why these chaotic events are happening, but also why we, as well as those in power, may not understand them.