For the purposes of this honor list, the term "international book" is used to describe a book published or distributed in the United States that originated or was first published in a country other than the U.S. Best Books. Notables - CHILDREN'S LITERATURE ASSEMBLY. A Plan for Pops. 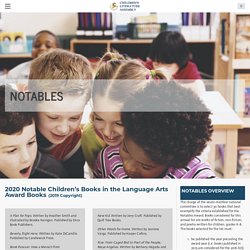 Written by Heather Smith and illustrated by Brooke Kerrigan. Published by Orca Book Publishers.Beverly, Right Here. Written by Kate DiCamillo. Published by Candlewick Press.Book Rescuer: How a Mensch from Massachusetts Saved Yiddish Literature for Generations to Come. Written by Sue Macy and illustrated by Stacy Innerst. Boston Globe Horn Book Awards. Please join us the entire month of October 2020 as we celebrate, for the first time, the virtual Boston Globe-Horn Book Awards! 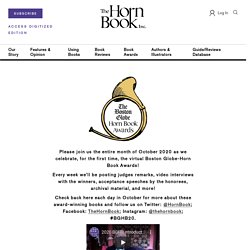 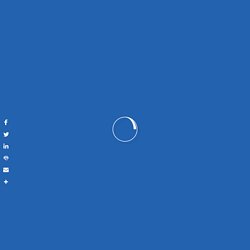 Woodson Book Award is presented to exemplary books written for children and young people each year at the NCSS Annual Conference. Authors are recognized at the NCSS Annual Conference, which is attended by over 4,000 K-12 and university level educators and other social studies professionals who enjoy interacting with the Woodson Award-winning authors and will be interested in obtaining copies of books for use with their students. Award-winning authors will be presented with a commemorative gift at the NCSS Meet-the-Author Panel Session.

A book signing will follow. Copies of the award-winning and honor books will be requested from publishers for purchase at a discounted price in order to feature those books for sale at the Annual Conference NCSS Bookstore. In addition, a medallion for these books was introduced in 1998. Outstanding Science Trade Books – Children's Book Council. 2021 Best STEM Books List – Children's Book Council. NSTA and CBC Announce the 2021 List of Top STEM Books for K-12 Students Arlington, VA (December 14, 2020)— The National Science Teaching Association today announced its fifth annual list of Best STEM Books K-12. 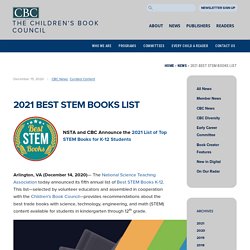 This list—selected by volunteer educators and assembled in cooperation with the Children’s Book Council—provides recommendations about the best trade books with science, technology, engineering, and math (STEM) content available for students in kindergarten through 12th grade. “This amazing list of STEM books includes titles that will bring wide-eyed wonder to our youngest readers and spark deep and intellectual discussions with students in upper grades,” said Dr. Elizabeth Allan, NSTA President. “We are thrilled to spotlight these inspirational books that reinforce reading comprehension skills while helping students making sense of STEM content.”

Green Earth Book Award - The Nature Generation. “On this 50th anniversary of Earth Day, we applaud the winning authors for motivating youth and shining a light on the environmental challenges that we continue to face,” said Amy Marasco, president and founder of the organization. 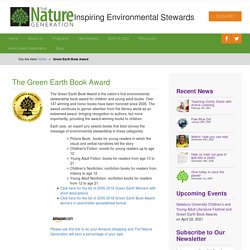 “We recommend these books as a resource to all the teachers and parents giving Earth Day lessons from home this year.” Junior Master Gardener names 2020 Growing Good Kids book award winners. The Scott O'Dell Award. Worth (Simon & Schuster), A LaFaye, 2005. 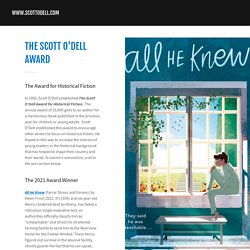 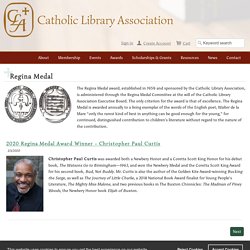 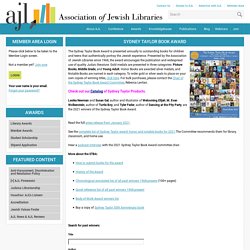 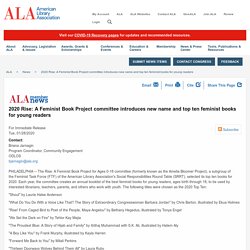 Each year, the committee creates an annual booklist of the best feminist books for young readers, ages birth through 18, to be used by interested librarians, teachers, parents, and others who work with youth. The following titles were chosen as the 2020 Top Ten: "Shout" by Laurie Halse Anderson "What Do You Do With a Voice Like That? The Story of Extraordinary Congresswoman Barbara Jordan" by Chris Barton, illustrated by Ekua Holmes "Rise! "We Set the Dark on Fire" by Tehlor Kay Mejia "The Proudest Blue: A Story of Hijab and Family" by Ibtihaj Muhammad with S.K. "A Boy Like You" by Frank Murphy, illustrated by Kayla Harren "Forward Me Back to You" by Mitali Perkins. 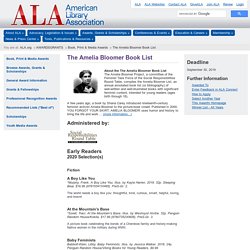 A few years ago, a book by Shana Carey introduced nineteenth-century feminist activist Amelia Bloomer to the picture-book crowd. Published in 2000, YOU FORGOT YOUR SKIRT, AMELIA BLOOMER! Uses humor and history to bring the life and work of this pioneering newspaper editor, feminist thinker, public speaker, and suffragist to a new generation. In the spirit of Amelia Bloomer, the Feminist Task Force of the Social Responsibilities Round Table of the American Library Association proudly announced in 2002 the first annual Amelia Bloomer List, a bibliography of appealing feminist books for young readers from birth to 18.

John Steptoe New Talent Award. The John Steptoe New Talent Award is established to affirm new talent and to offer visibility to excellence in writing and/or illustration which otherwise might be formally unacknowledged within a given year within the structure of the two awards given annually by the Coretta Scott King Book Awards Committee. Criteria The criteria for eligibility is the same as those for the writing and illustration awards, with the exception that the winner(s)' published works cannot exceed three in number. An author or illustrator who has already received or has just been selected to win one of the Coretta Scott King Book Awards in the current year is not eligible for the John Steptoe Award for New Talent.

An author may receive this award one time. One award will be presented annually for text or illustrations. Submit a title. Award Winners Alicia D. Tiffany D. Oge Mora, illustrator of Thank You, Omu (Little, Brown Young Readers) Children's and Young Adults' Book Awards. NBGS Lists - CL/R SIG. Past & Present NBGS Books 2021 Notable Books for a Global Society ​Sharuko: El Arqueólogo Peruano/Peruvian Archaeologist Julio C. Excellence in Poetry for Children (Living American Poet) Literary Merit (art and craft of aggregate work – as poet or anthologist). Creating books of poetry that demonstrate imagination, authenticity of voice, evidence of a strong persona, and universality/timelessness are essential. In short, we are looking for a poet who creates poetry books that contain clean, spare lines; use language and form in fresh ways; surprise the reader by using syntax artistically; excite the reader’s imagination with keen perceptions and sharp images; touch the reader’s emotions: a maker of word events.