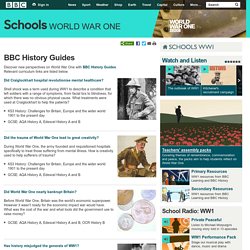 Relevant curriculum links are listed below. Did Craiglockhart hospital revolutionise mental healthcare? Shell shock was a term used during WW1 to describe a condition that left soldiers with a range of symptoms, from facial tics to blindness, for which there was no obvious physical cause. What treatments were used at Craiglockhart to help the patients? KS3 History: Challenges for Britain, Europe and the wider world 1901 to the present day GCSE: AQA History A, Edexcel History A and B Did the trauma of World War One lead to great creativity? During World War One, the army founded and requisitioned hospitals specifically to treat those suffering from mental illness. BBC Radio 4 - Voices of the First World War - Available now.

BBC Radio - World War One - Downloads. Changing Times. Welcome to the Changing Times section - one thousand years at the press of a button with lots of pictures! 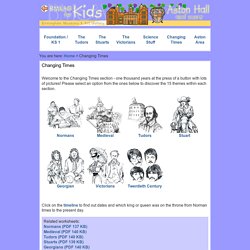 Please select an option from the ones below to discover the 15 themes within each section. Click on the timeline to find out dates and which king or queen was on the throne from Norman times to the present day. Related worksheets: Normans (PDF 137 KB) Medieval (PDF 140 KB) Tudors (PDF 140 KB) Stuarts (PDF 139 KB) Georgians (PDF 140 KB) Victorians (PDF 142 KB) Twentieth Century (PDF 143 KB) The Great War. Welcome to The GREAT WAR YouTube-Channel. 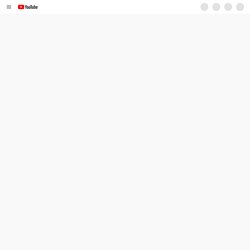 If you are new here, watch this short introduction by Indy to help you get going. Our playlist of regular weekly updates: Prelude To War-Special series right: Recap-Episodes: Special Episodes: Episodes: EVEN MORE HISTORY: » HOW CAN I SUPPORT YOUR CHANNEL? Patreon is a platform for creators like us that enables us to get monthly financial support from the community. » WHERE CAN I GET MORE INFORMATION ABOUT WORLD WAR I AND WHERE ELSE CAN I FIND YOU? » ARE YOU PLANNING TO DO A SHOW ABOUT WORLD WAR II? » CAN I EMBED YOUR VIDEOS ON MY WEBSITE? We are also happy to get your feedback, criticism or ideas in the comments. » CAN I SHOW YOUR VIDEOS IN CLASS? » WHAT ARE YOUR SOURCES? BritishBattles.com analysing and documenting British Battles from the previous centuries.

BBC Wales - Education - Iron Age Celts. Castle Architecture. Although castle architecture developed over the centuries in line with weapons technology, the principles remained much the same. 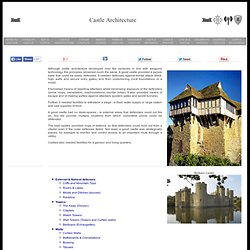 A good castle provided a secure base that could be easily defended. It needed defenses against frontal attack (thick, high walls and secure entry gates) and from undermining (rock foundations or a moat). It furnished means of repelling attackers while minimising exposure of the defenders (arrow loops, crenellation, machicolations, murder holes).

It also provided means of escape and of making sorties against attackers (postern gates and secret tunnels). Further, it needed facilities to withstand a siege - a fresh water supply or large cistern and vast supplies of food. A good castle had no dead-spaces - ie external areas that defenders could not fire on, but did provide multiple locations from which vulnerable points could be defended. The best castles provided rings of defence so that defenders could hold out from a citadel even if the outer defences failed. Teaching European History With Star Trek. This post is the 2nd in a series written by my guest, Susan. 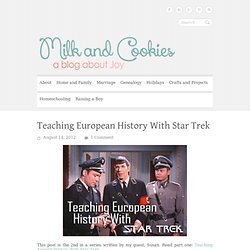 Read part one: Teaching Ancient History With Star Trek. To Boldly Go…Into European History Of the three episodes that lend themselves well to approaching events in European history, two are among my very favorites. Alexander Palace Time Machine - Romanov and Russian History. Early British Kingdoms - for kids! A Guide to World War I Materials (Virtual Programs & Services, Library of Congress)

Compiled by Kenneth Drexler, Digital Reference Specialist The digital collections of the Library of Congress contain a wide variety of material related to World War I, including photographs, documents, newspapers, films, sheet music, and sound recordings. 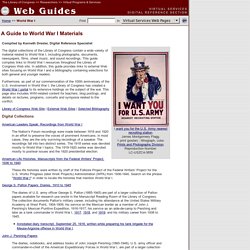 This guide compiles links to World War I resources throughout the Library of Congress Web site. In addition, this guide provides links to external Web sites focusing on World War I and a bibliography containing selections for both general and younger readers. Library of Congress Web Site | External Web Sites | Selected Bibliography American Leaders Speak: Recordings from World War I and the 1920 Election The Nation's Forum Collection from the Motion Picture, Broadcasting, and Recorded Sound Division consists of fifty-nine sound recordings of speeches by American leaders at the turn of the century. American Life Histories: Manuscripts from the Federal Writers' Project, 1936 - 1940. National World War I Museum at Liberty Memorial. How WWI Began: A Unit Study – DIYHomeschooler. History - World War One Centenary - WW1 1914-1918.