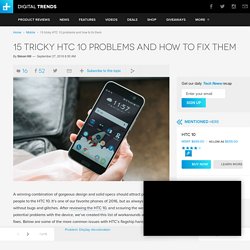 It’s one of our favorite phones of 2016, but as always, no phone is without bugs and glitches. After reviewing the HTC 10, and scouring the web for potential problems with the device, we’ve created this list of workarounds and possible fixes. Below are some of the more common issues with HTC’s flagship handset. Vodič: Kako prenesemo imenik z naprave iOS na Android. Današnji vodič namenjamo tistim, ki ste presedlali z Applove naprave na Android in ugotovili, da se s prijavo v Googlov račun ne sinhronizirajo kontakti v imeniku. 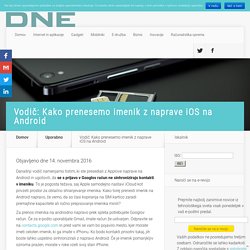 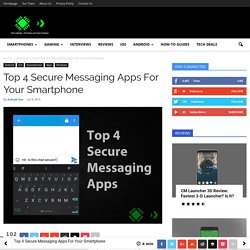 Every user on the web wants to keep their information secure. Here’s a modern concept- “Privacy is best achieved when the information you are sending is only accessible to the one you want, not even the company providing the platform to exchange information”. However, there are times where the company or the government should also have the right to access every move of a citizen to stay alert from National threats as well as International threats. Privacy rights are a bit controversial. But, the need varies according to different perceptions. At one end, you may say that- “It’s my right to keep the information private from anyone except the target receiver”. Well, we should keep distance from the argument on this topic, and move on to the available messenger apps which have been rated as “fully-secure” according to EFF (Electronic Frontier Foundation, which defends your rights in the digital world). M.androidcentral. How to make your Android awesome again. Factory reset it The first step on the road to making your device awesome again could be a factory reset. 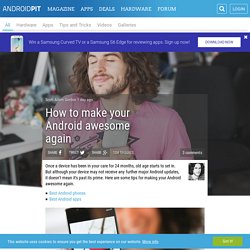 It gives it that new phone feeling and should improve overall performance and clear up any niggling problems that have set in. Best Android launchers: 10 to customize your smartphone and tablet. Deal alert: Nova Launcher Prime, one of the best launchers on Android, packed with premium features, is on sale at just US$0.99 and 10 cents in Europe. 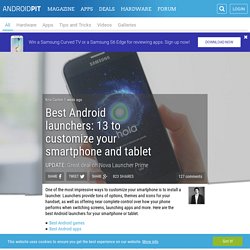 It usually sells for about US$5, but with the release of version 4.2, the team decided to knock it down to next to nothing. Don't miss out: jump to Nova Launcher now. 5 Best Free Video Editing Apps for Android. With the advancement of mobile devices, editing video has become easier as you can now edit your video on the go. 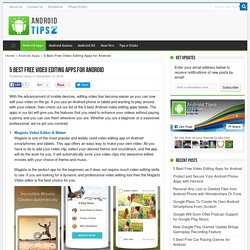 If you use an Android phone or tablet and wanting to play around with your videos, then check out our list of the 5 best Android video editing apps below. The apps in our list will give you the features that you need to enhance your videos without paying a penny and you can use them wherever you are. Whether you are a beginner or a seasoned professional, we’ve got you covered.

Magisto Video Editor & Maker Magisto is one of the most popular and widely used video editing app on Android smartphones and tablets. How to Get Refund for a Purchase For App Purchases. Why You Should Ditch Google Authenticator For Authy. GT Explains: Why Android Firewall is Important, 2 Apps to Use. Day One Apps: The first apps we install on every new Android (Volume 1) Whenever I get a new Android device (which is often), there are a few things that I do right off the bat. 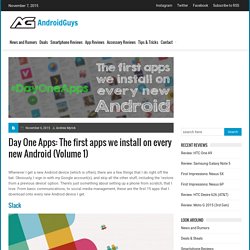 Obviously, I sign in with my Google account(s), and skip all the other stuff, including the ‘restore from a previous device’ option. There’s just something about setting up a phone from scratch, that I love. From basic communications, to social media management, these are the first 15 apps that I download onto every new Android device I get. Slack. Call Recording: Phones that support 2 way call recording. From the feedback of our users we compiled below list of phones that support 2 way call recording. 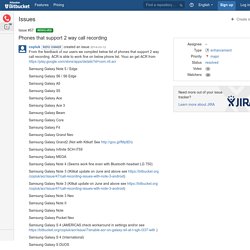 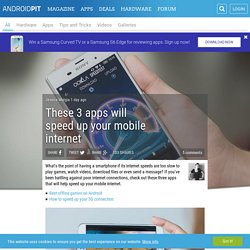 OpenSignal OpenSignal is a free, crowdsourced app that helps you discover the places in your area with the best mobile coverage, whether you want 2G, 3G or 4G/LTE speeds. It locates nearby hotspots and measures the strength of your current connection. How To Fix Common HTC One M8 Problems and Errors [Part 30] Welcome to the 30th part in our series of troubleshooting articles dedicated to the HTC One M8. 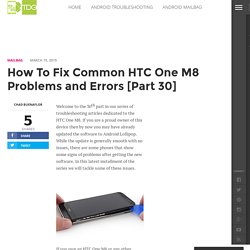 If you are a proud owner of this device then by now you may have already updated the software to Android Lollipop. While the update is generally smooth with no issues, there are some phones that show some signs of problems after getting the new software. In this latest installment of the series we will tackle some of these issues. HTC One - Wifi problem connecting? - Android Forums at AndroidCentral.com.