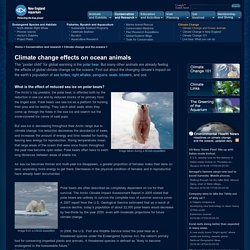 But many other animals are already feeling the effects of global climate change on the oceans. Find out about the changing climate's impact on the earth’s population of sea turtles, right whales, penguins, seals, lobsters, and cod. The Arctic’s top predator, the polar bear, is affected both by the reduction in sea ice and by reduced stocks of its primary food, the ringed seal.

Polar bears use sea ice as a platform for hunting their prey and for resting. They catch adult seals when they come up through the holes in the sea ice and search out the snow-covered ice caves of seal pups. But sea ice is decreasing throughout their Arctic range due to climate change. As sea ice becomes thinner and multi-year ice disappears, a greater proportion of females make their dens on land, expending more energy to get there. Polar bears are often described as completely dependent on ice for their survival. A Student's Guide to Global Climate Change. Pika. Climate Change Research. 3,200 Year Old Tree Never Been Captured In A Single Image... (Distractify) Cloaked in the snows of California’s Sierra Nevada, the 3,200-year-old giant sequoia called the President rises 247 feet. 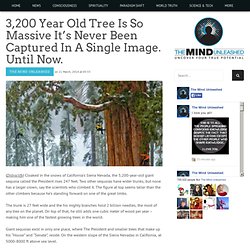 Two other sequoias have wider trunks, but none has a larger crown, say the scientists who climbed it. The figure at top seems taller than the other climbers because he’s standing forward on one of the great limbs. The trunk is 27 feet wide and the his mighty branches hold 2 billion needles, the most of any tree on the planet. On top of that, he still adds one cubic meter of wood per year – making him one of the fastest growing trees in the world. Giant sequoias exist in only one place, where The President and smaller trees that make up his “House” and “Senate”, reside. The team painstakingly put together a set of pulleys and levers to climb the tree. Awesome stuff. Chael Nichols, Ngm staff. Order Large Format Prints at: NationalGeographicCart.com. 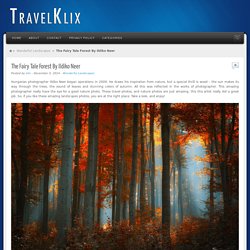 He draws his inspiration from nature, but a special thrill is wood – the sun makes its way through the trees, the sound of leaves and stunning colors of autumn. All this was reflected in the works of photographer. This amazing photographer really have the eye for a good nature photo. These travel photos, and nature photos are just amazing, this this artist really did a great job. So, if you like these amazing landscapes photos, you are at the right place.

50 Most Beautiful Tree Photos. Trees are one of the most important life forms on our planet, as they provide oxygen for the rest of the organisms on Earth through a process called photosynthesis. Although trees come in many varieties, depending on the ecosystem, including pine trees, oak, cedar, redwood, palm trees and more, they all share similar characteristics and are great subjects for photography. Here, you’ll find 50 most beautiful tree photos from the best photographers in the world. Whether it’s a single tree illuminated by a fading sun, or a dense jungle or forest shrouded in mist, these photographs are all incredible in their beauty. Project Noah. - ARKive - Extensive Animal Encyclopedia. Creatures from the Mariana Trench. Colossal squid. The colossal squid (Mesonychoteuthis hamiltoni, from Greek mesos (middle), onyx (claw, nail), and teuthis (squid)), sometimes called the Antarctic or giant cranch squid, is believed to be the largest squid species in terms of mass & length. 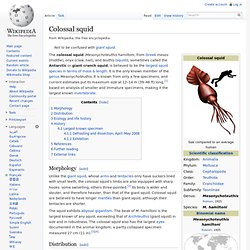 It is the only known member of the genus Mesonychoteuthis. It is known from only a few specimens, and current estimates put its maximum size at 12–14 m (39–46 ft) long,[1] based on analysis of smaller and immature specimens, making it the largest known invertebrate. Morphology[edit] The squid exhibits abyssal gigantism. The beak of M. hamiltoni is the largest known of any squid, exceeding that of Architeuthis (giant squid) in size and in robustness. Distribution[edit] The squid's known range extends thousands of kilometres northward from Antarctica to southern South America, southern South Africa, and the southern tip of New Zealand, making it primarily an inhabitant of the entire circumantarctic Southern Ocean.