Jeff Kirschner: This app makes it fun to pick up litter. GET IN THE GAME. Combining young people’s passions for music and gaming, Out of Tune is a live mobile gaming show where DJs play 10 current songs out of tune and players have a few seconds to guess the correct name. 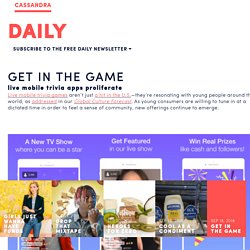 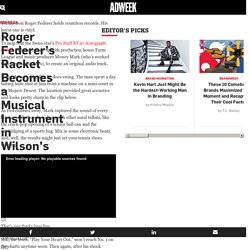 His latest one is vinyl. To help tout the Swiss star’s Pro Staff RF 97 Autograph racket, Wilson teamed up with production house Farm League and music producer Money Mark (who’s worked with the Beastie Boys), to create an original audio track. Amazon's Treasure Truck sells deals out of the back of a truck. 16 Hot Products to Check Out This Summer. A Summer of Innovation. 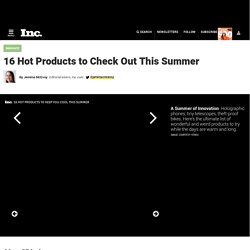 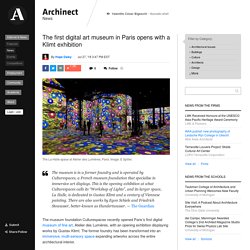 Image: E Spiller. The museum is in a former foundry and is operated by Culturespaces, a French museum foundation that specialise in immersive art displays. This is the opening exhibition at what Culturespaces calls its “Workshop of Lights”, and its larger space, La Halle, is dedicated to Gustav Klimt and a century of Viennese painting. There are also works by Egon Schiele and Friedrich Stowasser, better-known as Hundertwasser. — The Guardian The museum foundation Culturespaces recently opened Paris’s first digital museum of fine art, Atelier des Lumières, with an opening exhibition displaying works by Gustav Klimt. The former foundry has been transformed into an immersive, multi-sensory space expanding artworks across the entire architectural interior. FRAGILE FUTURE — Studio Drift. The sculpture consists of three-dimensional bronze electrical circuits connected to light emitting dandelions. 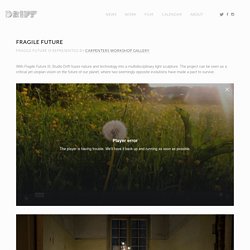 It contains real dandelion seeds, that were picked by hand, and glued seed by seed to LED lights. This labour-intensive process is a clear statement against mass production and throwaway culture. Loplite, an interactive light drawing installation. Watching This Swedish CEO Plow Through Glass Using Heavy Machinery Is Oddly Satisfying. The patron saint of Swedish Heavy Machinery is likely Jean-Claude Van Damme. 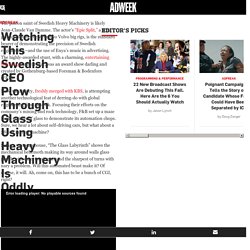 The actor’s “Epic Split,” a 2014 gymnastic foray between two Volvo big rigs, is the standard bearer of demonstrating the precision of Swedish engineering—and the use of Enya’s music in advertising. The highly-awarded stunt, with a charming, entertaining follow up the next year, was an award show darling and created by Gothenburg-based Forsman & Bodenfors (F&B). D-light Exhibition, Digital Immersions #3. Crowdsourced Laser Guided Painting. SHYLIGHT — Studio Drift.

Shylight is represented by PACE Gallery Certain types of flowers close at night, for self-defence and to conserve their resources. 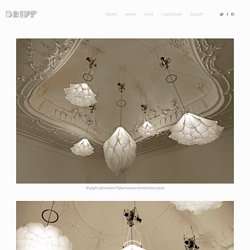 Tom Stayte. #selfie (2014) Installation #selfie examines how image sharing and the Internet have changed the role of photography in the digital age. 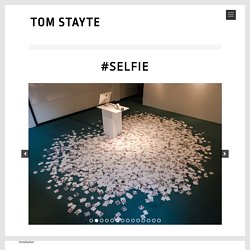 The process of creating and disseminating imagery has fundamentally changed in the new context provided by digital photography, smartphones and more recently the ‘selfie’. To create this work Tom commissioned bespoke computer software, which accesses the publicly available Instagram API and appropriates imagery tagged #selfie immediately after it is published. 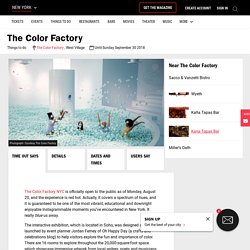 Actually, it covers a spectrum of hues, and it is guaranteed to be one of the most vibrant, educational and downright enjoyable Instagrammable moments you’ve encountered in New York. It really blue us away. The interactive exhibition, which is located in Soho, was designed and launched by event planner Jordan Ferney of Oh Happy Day (a crafts and celebrations blog) to help visitors explore the fun and importance of color. There are 16 rooms to explore throughout the 20,000-square-foot space which showcase immersive artwork from local writers, poets and musicians. The event got its start in San Francisco, but the Gotham iteration is very much an ode to New York, as there are various poems and tips for folks who live in the Big Apple throughout.