List of Free Energy Pioneers and Suppressed Researchers. 6 Nuclear Plasma Battery Technology Inventors Now Dead Or Missing. Since I subscribe to an RSS feed on Clean Green Nuclear Energy, I get a lot of stuff in my email everyday, but this one I found this morning is very disturbing. 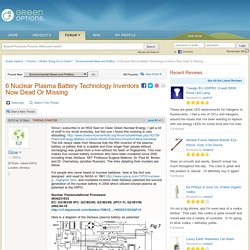 The link relays news from Moscow that the fifth inventor of the plasma battery (a battery that is scalable and lives longer than people without recharging) was pulled from a river without his teeth or fingerprints. This now makes five nuclear battery inventors who have been murdered since 2002 including Aries DeGeus, MIT Professor Eugene Mallove, Dr. Paul M. Brown, and Dr. Chernetsky (another Russian) The links detailing their murders are below. For people who never heard of muclear batteries, here is the first one designed and used by NASA in 1961 and murdered inventor Aries DeGeus patented the second generation of the nuclear battery in 2004 which utilized ionized plasma as patented at the IWPO:

United States Patent: 5,568,005. The Scalar Energy R&D of T.Galen Hieronymus. Thomas Galen Hieronymus was a pioneer of scalar energy research and development and his lifelong effort has served to introduce to mankind a seminal understanding of this fundamental force in nature. 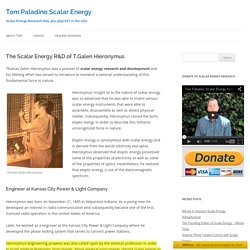 Thomas Galen Hieronymus Hieronymus’ insight as to the nature of scalar energy was so advanced that he was able to invent various scalar energy instruments that were able to assemble, disassemble as well as detect physical matter. Subsequently, Hieronymus coined the term, eloptic energy, in order to describe this hitherto, unrecognized force in nature. TOC. The only man who has replicated Tesla's wireless transmission technology. Ground Antennas. Experiment: Ground Antennas By Gerry Vassilatos & Michael Theroux THE historical essay on Ground Antennas is only a preliminary bibliography, a foundation upon which to place our empirical confidence. 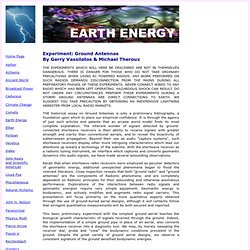 It is through the agency of just such articles and patents that an arcane world model finds its most complete explanation. The inherent wonder of signals detected by ground-connected shortwave receivers is their ability to receive signals with greater strength and clarity than conventional aerials, and to reveal the bioactivity of subterranean propagation. Beyond their use as audio "capture systems", such shortwave receivers display other more intriguing characteristics which lead our attentions up toward a technology of the sublime.

With the shortwave receiver as a radionic tuning instrument, an interface which captures and converts geomantic dynamics into audio signals, we have made several astounding observations. EXPERIMENT WITH A COPPER GROUND PIPE (G. ECAT.com, The Official E-Cat Website of Andrea Rossi's Energy Catalyzer. Fnysik - Kelvin's Thunderstorm. Kelvin's Thunderstorm - or Kelvin’s water-drop electrostatic generator. by Bill Beaty The principle The basic idea is this: The positively charged object draws an excess of negative ions into the tip of the water dripper, then when the drop detaches, it carries away negative charge, leaving the earth slightly positive. 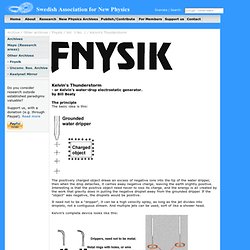 It need not to be a "dripper", it can be a high velocity spray, as long as the jet divides into droplets, not a contiguous stream. Then wires are used to cross-connect the cans and the wire rings: The dripping system is electrically unstable, and will if one side is a tiny bit more positive and the other a bit negative, these charges will amplify and grow as the water drips. Italian company to sell portable cold fusion plant deliverable next year. (Phys.org) —Italian company Energy Catalyzer (shortened to ECAT) has announced that it is right now taking preorders for its ECAT 1MW portable cold fusion plant. 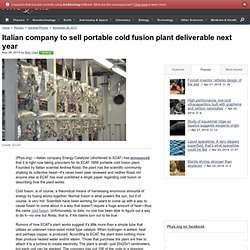 Founded by Italian scientist Andrea Rossi, the plant has the scientific community shaking its collective head—it's never been peer reviewed and neither Rossi nor anyone else at ECAT has ever published a single paper regarding cold fusion or describing how the plant works. Cold fusion, is of course, a theoretical means of harnessing enormous amounts of energy by fusing atoms together. Normal fusion is what powers the sun, but it of course, is very hot. Scientists have been working for years to come up with a way to cause fusion to come about in a way that doesn't require a huge amount of heat—thus the name cold fusion. Unfortunately, to date, no one has been able to figure out a way to do it—no one but Rossi, that is, if his claims turn out to be true. Read more: Chapter1. Free-Energy Devices, zero-point energy, and water as HHO fuel. Ainslie magnetic_field_model. 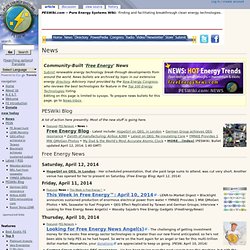 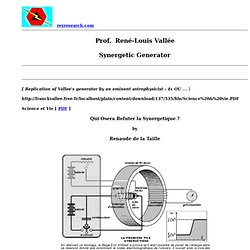 Table of Contents. King-the-energy-machine-of-t-henry-moray-zero-point-energy-and-pulsed-plasma-physics-2005. Caduceus Coil. The Caduceus Coil Also called the Smith Coil or the Tensor Coil The caduceus coil is well known to some branches of orthodox science but largely neglected, waved away and often relegated to what is referred to as the realms of pseudoscience and free energy irrationality. 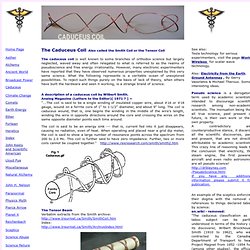 However, many electronic experimenters have reported that they have observed numerous properties unexplained by this very same science. What the following represents is a veritable ocean of unexplored possibilities. To reject such things purely on the basis of lack of theory, when others have built the hardware and seen it working, is a strange brand of science. A description of a caduceus coil by Wilbert Smith. Analog Magazine (Letters to the Editor)[ 1971 ? The coil is said to be an energy sink --- that is, current fed into it just disappears, causing no radiation, even of heat. The Tensor Beam Verbatim extracts from the Smith archive: Index: