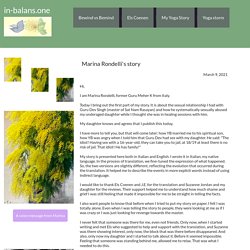 Today I bring out the first part of my story. It is about the sexual relationship I had with Guru Dev Singh (master of Sat Nam Rasayan) and how he systematically sexually abused my underaged daughter while I thought she was in healing sessions with him. My daughter knows and agrees that I publish this today. I have more to tell you, but that will come later: how YB married me to his spiritual son, how YB was angry when I told him that Guru Dev had sex with my daughter. My story is presented here both in Italian and English. I would like to thank Els Coenen and J.E. for the translation and Suzanne Jordan and my daughter for the reviews.

I also want people to know that before when I tried to put my story on paper, I felt I was totally alone. I never felt that someone was there for me, even not friends. Here is the link to the English version. And here to the Italian version. Abuse in Sat Nam Rasayan training in Belgium 2012 2014. Abuse in Sat Nam Rasayan training in Belgium 2012 2014. Kundalini Yoga Aftermath. SNR. Some extracts from the most recent letter Guru Dev Singh replying to my letter of Sep 29, 2020: Women want to regain power, but you can’t regain power by being a victim. 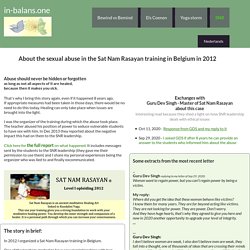 My reply: Where did you get the idea that these women behave like victims? I know them for many years. They are not looking for power. Some Considerations – Matthew Remski. Master of Deceit: How Yogi Bhajan Used Kundalini Yoga for Money, Sex and Power - THE GURU. Former followers of Yogi Bhajan are speaking out about years of severe physical, sexual, verbal and emotional abuse. 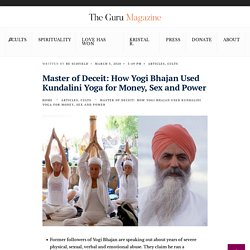 They claim he ran a destructive cult and groomed and abused children.Former long-term staff member Kate Felt claims Bhajan brutally raped her at the age of 20 while her sister Amrit Kaur Khalsa, who is the current head of Kundalini operations/3HO, helped him. She also alleges Bhajan kept her hostage with armed guards in the cult. A new book by former staff member Pamela Sarah Dyson alleges that Bhajan had coerced her and other staff members into sex.

Other members have reiterated her claim. WARNING: This article contains graphic accounts of rape and child abuse. NOTE: This article is largely based on over a dozen original interviews with the co-founder of the Kundalini Research Institute, former CEOs, several former directors of major ashrams and numerous senior teachers, students and abuse survivors. Kundalini Yoga: Seeking a New Way Forward — Sat Nam Studios. Kundalini Yoga is an effective combination of hatha yoga, meditation and mantra that relies heavily on mudra and pranayama. 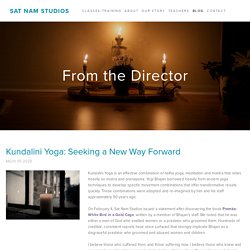 Yogi Bhajan borrowed heavily from ancient yoga techniques to develop specific movement combinations that offer transformative results quickly. These combinations were adopted and re-imagined by him and his staff approximately 50 years ago. On February 4, Sat Nam Studios issued a statement after discovering the book Premka: White Bird in a Gold Cage, written by a member of Bhajan’s staff. We noted that he was either a man of God who exalted women or a predator who groomed them. Hundreds of credible, consistent reports have since surfaced that strongly implicate Bhajan as a disgraceful predator who groomed and abused woman and children. Crossroads: January 21, 2020. Introduction to Kundalini: The Yoga of Awareness. What is the first thing you think of when you hear the word "yoga"? 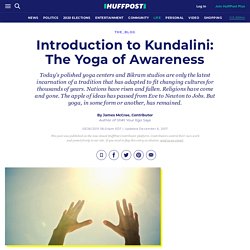 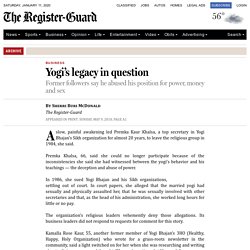 Premka Khalsa, 66, said she could no longer participate because of the inconsistencies she said she had witnessed between the yogi’s behavior and his teachings — the deception and abuse of power. In 1986, she sued Yogi Bhajan and his Sikh organizations, settling out of court. In court papers, she alleged that the married yogi had sexually and physically assaulted her, that he was sexually involved with other secretaries and that, as the head of his administration, she worked long hours for little or no pay. The organization’s religious leaders vehemently deny those allegations. Its business leaders did not respond to requests for comment for this story. Yogic Studies. 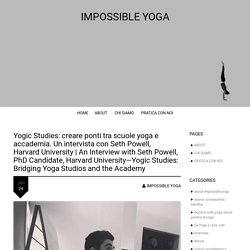 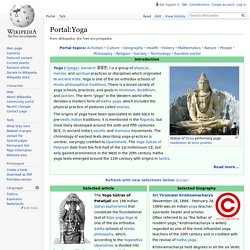 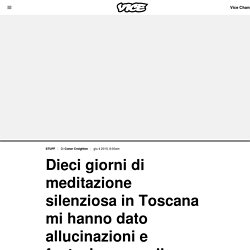 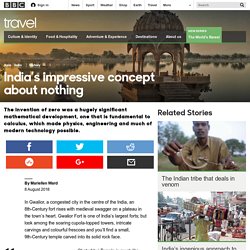 Gwalior Fort is one of India’s largest forts; but look among the soaring cupola-topped towers, intricate carvings and colourful frescoes and you’ll find a small, 9th-Century temple carved into its solid rock face. This is ground zero for zero Chaturbhuj Temple is much like many other ancient temples in India – except that this is ground zero for zero. It’s famous for being the oldest example of zero as a written digit: carved into the temple wall is a 9th-Century inscription that includes the clearly visible number ‘270’.

Introduzione al Kundalini: Lo Yoga della Consapevolezza – Il Giornale dello Yoga. - Library of Teachings Lecture. You all became Astrologers yesterday. When a person concentrates on any evaluation of the self, ecstasy is the net result. But you have learned to concentrate on yourself. 3HO Europe: festival program. Yoga Nidra Network. We are proud of this page: a diverse collection of creative and original yoga nidra tracks, unlike anything else on the web. These audio files have been uploaded by Yoga Nidra Network teacher-members, and are available for you to stream (click on the middle of the CD image) or download (click on the filename underneath) as you wish. There are live recordings, made in cities and yoga studios, in meadows and woodlands, and recorded in English, German, Italian, Russian and Spanish.

Energizing Ojas, Chyavanprash, and Kundalini Yoga. By Karta Purkh Singh Khalsa, Oregon, USA Are you having one of those days? You slept all night, but you still woke up exhausted. All you want is to go back to sleep. It’s 11:00 a.m. and the cobwebs still haven’t cleared. Maybe you can't quite define energy, but you know when you have it. Espanola Lecture - Library of Teachings Lecture. Today is a Veteran's day is that true? Student: Yes sir. YB: So, memorial day for the veteran died in the war for the country and blah, blah, blah right? JAPA Mantra. Kundalini Surhjee JAPA Stand 29.01.2015. Kundalini Mobile - Kundalini Yoga app for iOS and Android. Kundalini yoga. Kundalini Yoga (Sanskrit kuṇḍalinī-yoga कुण्डलिनी योग), also known as laya yoga, is a school of yoga. Kundalini yoga was influenced by the tantra and shakta schools of Hinduism. Kundalini yoga derives its name through a focus on awakening kundalini energy through regular practice of meditation, pranayama, chanting mantra and yoga asana.[1] Called by practitioners "the yoga of awareness", it aims "to cultivate the creative spiritual potential of a human to uphold values, speak truth, and focus on the compassion and consciousness needed to serve and heal others.