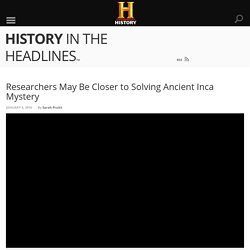 In the 15th and early 16th centuries, when the powerful Inca Empire extended throughout the Andes Mountains, from Ecuador to central Chile, Incahuasi served as a base for the Inca invasion of the southern Peruvian coast; today it is an important archaeological complex for researchers seeking insight into the life of the Incas. The ancient Inca device known as the khipu consists of a series of knotted cotton or wool strings hung from a main cord, typically made from llama or alpaca hair. Genetic study challenges Americas settlement theories by linking Amazonians and Australasians. Ancient origins ... 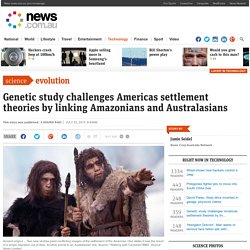 Two new studies paint conflicting images of the settlement of the Americas. One states it was the result of a single migration out of Asia. Another points to an Australasian link. Source: "Walking with Cavemen"/BBC. Source: News Limited. Former World Banker Says "Second Species" Controls Earth.