Muse.dillfrog.com - StumbleUpon. Novel Writing: 7 Simple Ways to Make a Good Story Great. Whenever I think of the word gatekeeper, a little film clip from The Wizard of Oz starts up in my head, where the fearsome palace guard denies Dorothy and friends access to the Wizard. 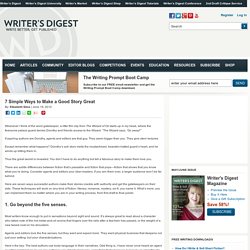 “The Wizard says, ‘Go away!’” If aspiring authors are Dorothy, agents and editors are that guy. They seem bigger than you. They give stern lectures. Except remember what happens? Thus the great secret is revealed: You don’t have to do anything but tell a fabulous story to make them love you. There are subtle differences between fiction that’s passable and fiction that pops—fiction that shows that you know what you’re doing. Here are seven ways successful authors make their stories crackle with authority and get the gatekeepers on their side. 1. Most writers know enough to put in sensations beyond sight and sound. Agents and editors love the five senses, but they want and expect more. Here’s the key: The best authors use body language in their narratives. Begin by reading up on body language. Consider this: 100-great-resume-words. Writerswrite.co. Translate emotions into written body language We are always told to use body language in our writing. 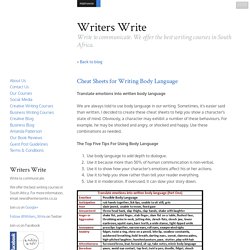 Sometimes, it's easier said than written. I decided to create these cheat sheets to help you show a character's state of mind. Obviously, a character may exhibit a number of these behaviours. For example, he may be shocked and angry, or shocked and happy. The Top Five Tips For Using Body Language Use body language to add depth to dialogue. If you want to learn how to write a book, join our Writers Write course in Johannesburg. 25 Ways To Fuck With Your Characters.

As storyteller, you are god. 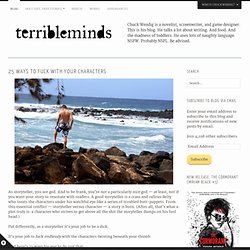 And to be frank, you’re not a particularly nice god — at least, not if you want your story to resonate with readers. A good storyteller is a crass and callous deity who treats the characters under his watchful eye like a series of troubled butt-puppets. From this essential conflict — storyteller versus character — a story is born. Funny-chart-synonyms-words-fear-anger. Unusual Words. Unusual Words A by no means exhaustive list of rare, obscure, strange and sometimes funny words and their meanings that only seem to crop up in crosswords and dictionaries.

45 ways to avoid using the word 'very'. Three Telling Quotes About ‘Very’ Substitute ‘damn’ every time you’re inclined to write ‘very;’ your editor will delete it and the writing will be just as it should be. 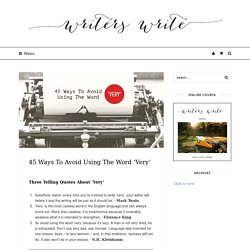 ~Mark Twain‘Very’ is the most useless word in the English language and can always come out. More than useless, it is treacherous because it invariably weakens what it is intended to strengthen. ~Florence KingSo avoid using the word ‘very’ because it’s lazy. A man is not very tired, he is exhausted. Words that rhyme with assumption. Grammar Exercises.

50 of the Best Websites for Writers. Telescopic Text. Bullshit detection tool. Writing Aid. 218 words to use instead of said from SPWbooks. There is nothing wrong with using the word said in written dialogue. 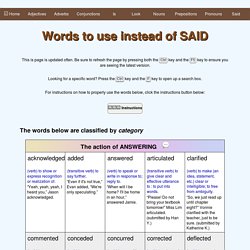 Be careful not to treat the word said as a word to be avoided. Well written dialogue should never rely on tags such as the ones below, but should convey its own attitude. Stupid Plot Tricks. Section A: The Bad Guy If I Ever Become the Evil Overlord... 1. 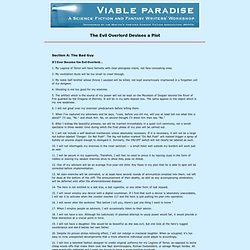 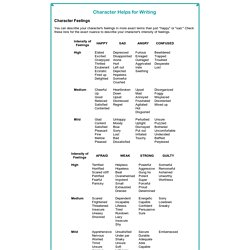 Nothing defines a culture as distinctly as its language, and the element of language that best encapsulates a society's values and beliefs is its proverbs. 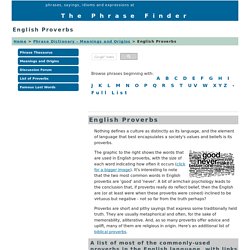 The graphic to the right shows the words that are used in English proverbs, with the size of each word indicating how often it occurs (click for a bigger image). It's interesting to note that the two most common words in English proverbs are 'good' and 'never'. A bit of armchair psychology leads to the conclusion that, if proverbs really do reflect belief, then the English are (or at least were when these proverbs were coined) inclined to be virtuous but negative - not so far from the truth perhaps?

Proverbs are short and pithy sayings that express some traditionally held truth. They are usually metaphorical and often, for the sake of memorability, alliterative. Many proverbs have been absorbed into English having been known earlier in other languages. Plot Scenario Generator. DarkCopy - Simple, full screen text editing.