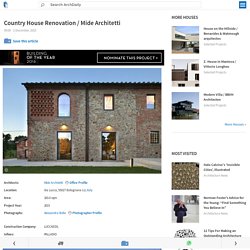 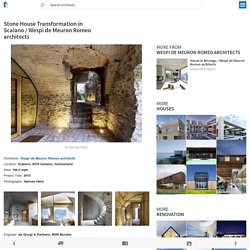 The original substance of this historic stone house, in the core of the village of Scaiano, consists in a main building with a cellar with vault and two floors above with kitchen, living and sleeping spaces. A later added annex, also completely made in solid natural stone, contained on the ground floor a small grape brandy distillery, on the 1.floor a room with above an attic. An exterior stone stairs and some small walls in front of the main facade, seems to have been created in the same time as the annex. Housing Rehabilitation in La Cerdanya / dom - arquitectura. 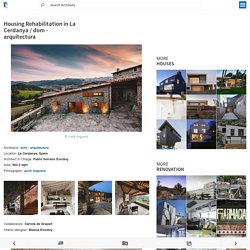 Wood warmth The project is located in a small village in La Cerdanya. Located on the north valley side and facing south, the dense rural core is formed by about 20 houses, is surrounded by fields and meadows where agriculture and farming are the main activities. Most buildings in the village are formed around an era. The Mill / WT Architecture. Architects: WT Architecture Location: Biggar ML12, UK Area: 150.0 sqm Project Year: 2014 Photographs: Andrew Lee, Courtesy of Wil Tunnell Main Contractor: Lawrie Construction Ltd Structural Engineer: David Narro Associates Quantity Surveyor: Robert L Riddell From the architect. 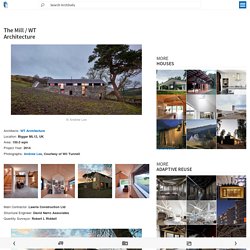 The Mill sits amongst a collection of disused farm buildings that nestle into a steep hill over looking a valley in the Scottish Borders. Although near to towns, the location is remarkably remote with open views east and west up the valley. The brief was to convert the mill building to create a modern, rural holiday home that retained much of its historic character. Spaces were to be simple, utilitarian and durable, with views framed in all directions. The mill’s distinctive long form emerging out of the hillside gives it a striking yet exposed position on the site and supported an architectural solution contained within the original walls. Restructuration of a Farm in the French Alps / Pierre-Doucerain. Architects: Pierre-Doucerain Location: Institute Of French, 23 Avenue du Général Leclerc, 06230 Villefranche-sur-Mer, France Project Year: 2013 Photographs: Courtesy of Pierre-Doucerain Collaborators: Adrien Felix-Faure architect Tilesetters : David Grange Plasterer painter : Creadecor Insulation : Bâti-vert Electrician : TMac Plumber : Madisun Mason, carpenter : Stgm Woodworker : Invernizzi (M.Berthuin) From the architect. 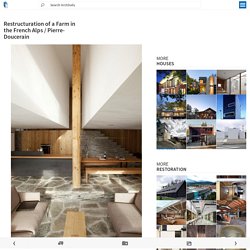 In 2012, Mr and Mrs S. bought an old farm in a stone village located at 1550 meters high in the French Alps. Being mountain lovers, this Parisian couple wishes to have at their disposal for their children and themselves a residential place in the core of the mountains. The village is outstanding for its solid architecture, its stone squat houses huddled all together to protect themselves from the cold weather. 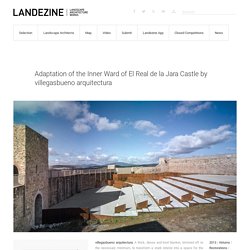 The intervention takes place in the “Castillo de El Real de la Jara”, a fortress dating from the 14th century, located on the highest point of the hill right north of the village, in the county and Natural Park of the North Range of Sevilla. The commission was made by the Diputación Provincial de Sevilla, and has been funded by the FEDER Operational program for Andalucía for Sustainable development and social cohesion project for the North Range and South Range of Sevilla. The castle courtyard has few historic remains of very little value localized on its northwest corner, though the fortress had a strategic situation, on the “Banda Gallega”, a defense line built to protect the south from possible portuguese invasions. 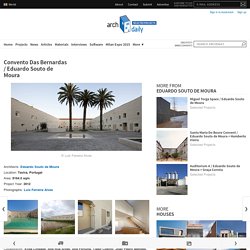 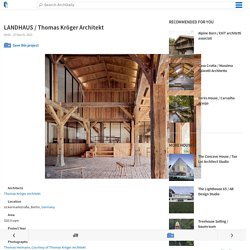 In a small village in the Uckermark, north of Berlin, a large barn has been converted into a country house with an additional independent apartment. The barn was built 140 years ago in a mixed construction of brick masonry and timber. In it’s time, an ultramodern functional building. This former cowshed along with the barn is an extremely stable building with thick stone walls, small windows upstairs and a large wooden gate below. The centre of the house is a double height living room with fireplace. The house is designed so that the great hall is unheated and is surrounded by an enclosed and heated body of rooms. Right next to the hall and slightly elevated is the living room and a free-standing kitchen. At the gable end the holiday apartment for guests is located. Podere Navigliano / Ciclostile Architettura. GSE Ingenieur-Gesellschaft mbH Saar, Enseleit und Partner - Project - Museum of Art Moritzburg. 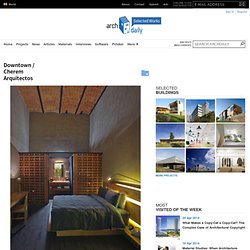 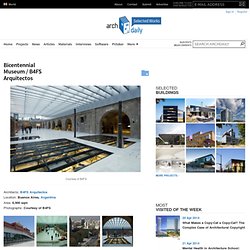 The palace and the plot have a very rich history dating from the prehistoric period to Roman and medieval times. Each era added something to the building. Bicentennial Room, Chilean National Library / A+F Arquitectos. Forn de la Vila de Llíria Restoration and Musealization / hidalgomora arquitectura.