The Party: a virtual experience of autism - 360 video. The Party allows you to enter the world of an autistic teenager, Layla, who is at a surprise birthday celebration. 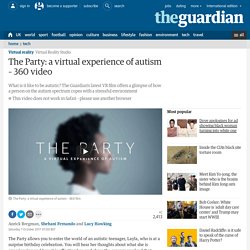 You will hear her thoughts about what she is experiencing and how it is affecting her, and share the sensory overload that leads to a meltdown (an intense response to an overwhelming situation). The drama provides viewers with a powerful first-person perspective on the challenges that social situations may present to someone on the autism spectrum. Autism affects more than one in 100 people in the UK. Compared with autistic males, females on the autism spectrum are more likely to go unrecognised and unsupported, often with severe consequences for their wellbeing and mental health.

This is partly because the diagnostic conventions are biased towards males, meaning they are insensitive to more female-typical autism presentations. You can watch the film as a YouTube 360 video. Warning: this film contains effects which may cause anxiety for some viewers. Divergent thinking exercise. Ted Ed Riddles. Thought Experiments. 1. 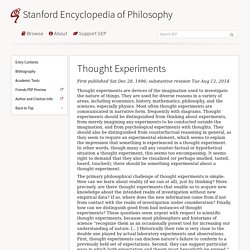 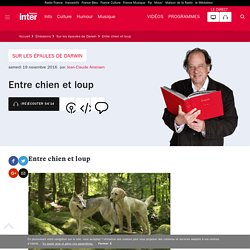 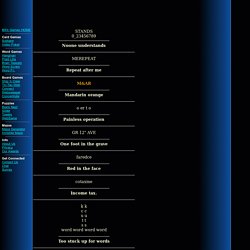 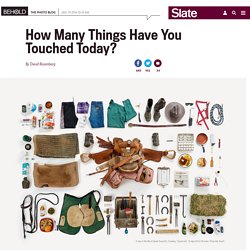 How about an hour? Paula Zuccotti asked people of different ages and backgrounds all over the world to make note of how many objects they touch during a day for her series “Every Thing We Touch.” The photos were turned into a book that was published this past December. Zuccotti—a designer and trends forecaster who founded the Overworld, a consultancy agency that specializes on the interaction between culture and technology—was curious to learn more about how our daily interactions come to define ourselves and what she might be able to learn about the things we “need, appreciate, consume, or simply touch.”

“I was amazed at the honest X-rays from our everyday lives that emerged from the photos,” she wrote via email. How it's made : comment remplir des tubes de dentifrice. BrainPOP - Animated Educational Site for Kids - Science, Social Studies, English, Math, Arts. 25 Superb Optical Illusions For Kids. An optical illusion (also called a visual illusion) is characterized by visually perceived images that differ from objective reality. 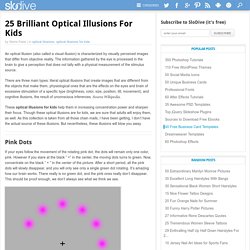 The information gathered by the eye is processed in the brain to give a perception that does not tally with a physical measurement of the stimulus source. There are three main types: literal optical illusions that create images that are different from the objects that make them, physiological ones that are the effects on the eyes and brain of excessive stimulation of a specific type (brightness, color, size, position, tilt, movement), and cognitive illusions, the result of unconscious inferences. Source Wikipedia. These optical illusions for kids help them in increasing concentration power and sharpen their focus. Though these optical illusions are for kids, we are sure that adults will enjoy them, as well.

Advertisement Pink Dots If your eyes follow the movement of the rotating pink dot, the dots will remain only one color, pink. Every Thing We Touch by Paula Zuccotti. DON'T PANIC — Hans Rosling showing the facts about population. Hans Rosling: The River of Myths. Hans Rosling's 200 Countries, 200 Years, 4 Minutes - The Joy of Stats - BBC Four. Fish and frogs living out of water - BBC (03:54) The desert frog. Popular Videos - David Attenborough. Life in Cold Blood- Episode 1- The Cold Blooded Truth. A Social Experiment Of Giving And Taking What You Need. Episode 01 - Justice with Michael Sandel. Are crows the ultimate problem solvers? - Inside the Animal Mind - BBC. Try The McGurk Effect! - Horizon: Is Seeing Believing? - BBC Two. What happens when we try to walk in a straight line blindfolded. [VIDEO]

How animals and humans quench thirst in the desert. [VIDEO] A thunk. Thunks compressé. Thunks - Get Thunking.