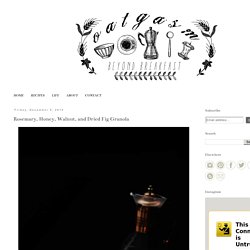 Sweet Pumpkin Seed Protein Granola » I LOVE VEGAN. One of the first things that comes up when I tell someone I’m vegan is the good ol’ protein question: “But where do you get your protein?” 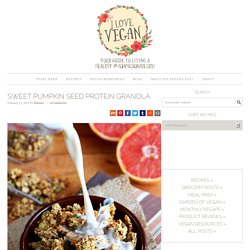 Ugh! Samoa Bars. Vegan Cookie Recipes. I set out to into the annals of food science to create a Vegan Meringue recipe. 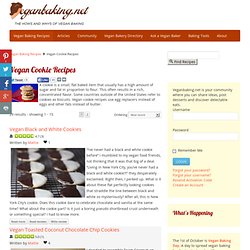 I ended up uncovering a treasure trove of information that can be applied to other vegan baking applications. Meringue is a perfect example of how eggs act in traditional baking and how difficult it often is to replace them. When an egg is beaten extensively the proteins contained within it unravel and bind together like rebar in concrete, air bubbles are trapped and ingredients are easily able to coexist together regardless of moisture content.

Traditional meringue involves beating an egg mixture until it has incorporated a large volume of air bubbles, strengthening this mixture so it holds it's shape, adding sweeteners and flavorings then piping and baking it so it slightly leavens and dries to a crisp. Perfectly baked meringue has a delicate crispness that dissolves in your mouth and leaves behind a slightly chewy but not gummy center. Pure Maple Butter (also known as maple cream or the best spread on earth!) You know when someone asks what you’d want to eat for your last meal? 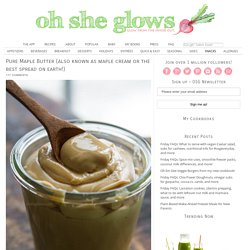 I never know what the heck to say. Umm, everything?! There are really so many foods I adore, such as this maple butter. To be honest, I’d love nothing more than a huge vat of maple butter on my death bed. Ok, and maybe some homemade almond milk to wash it down. Caramel Walnut Sticky Buns- The Little Epicurean. Sticky buns are just an excuse to eat dessert for breakfast. 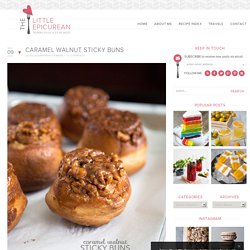 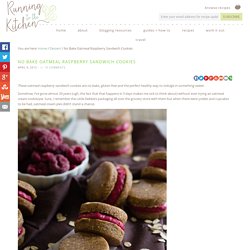 Somehow, I’ve gone almost 33 years (ugh, the fact that that happens in 5 days makes me sick to think about) without ever trying an oatmeal cream cookie/pie. Gooey Lemon Soufflé Pudding Cakes. Caramel Apple Cider Floats. Summer may be ending, but that doesn’t mean we have to stop eating ice cream. 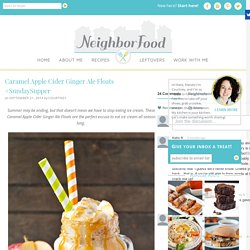 These Caramel Apple Cider Ginger Ale Floats are the perfect excuse to eat ice cream all season long. Last year, the Mr. and I discovered apple cider and ginger ale taste really great together. Blueberry Flaugnarde. I imagine that this one has Julia Child rolling over in her grave, but here we go… Today I bring you vegan blueberry flaugnarde! 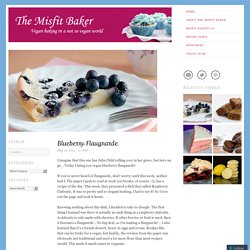 If you’ve never heard of flaugnarde, don’t worry; until this week, neither had I. The paper I grab to read at work (on breaks, of course :-)), has a recipe of the day. This week, they presented a dish they called Raspberry Clafoutis. It was so pretty and so elegant looking, I had to try it! So I tore out the page and took it home. Knowing nothing about this dish, I decided to take to Google. Raspberry Fig Bars - Dora Daily. Quinoa & Goji Berry Breakfast Cookies. My friend, acupuncturist, and wholesome foodie Emma recently introduced me to the wonders of quinoa flakes and coconut flour thanks to her recipe for these super healthy breakfast cookies – which I’m officially hooked on. 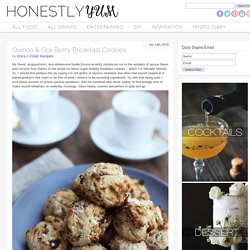 I should first preface this by saying I’m not gluten or lactose intolerant and often find myself skeptical of baked products that claim to be free of what I believe to be essential ingredients. So with that being said, I love these morsels of protein packed goodness. And for someone who never seems to find enough time to make myself breakfast on weekday mornings, these hearty cookies are perfect to grab and go. Emma uses coconut flour, coconut sugar and quinoa flakes in this recipe – all of which I bought and used for the first time. Vegan Gluten Free Chocolate Cake. Vegan Raspberry Scones. I teamed up with Madhava Natural Sweeteners for their Kids Sweet Kitchen campaign to bring you these gluten free raspberry scones. 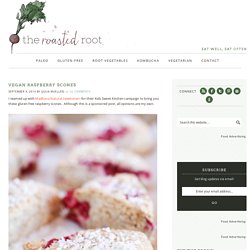 Although this is a sponsored post, all opinions are my own. Some of my fondest memories growing up involve baking with my family. My three siblings and I were a rambunctious bunch, but getting us in the kitchen to focus on a recipe together was a sure way of channeling our excess energy into a project. I would sit on the counter to get a good view, sneak bites from the sticks of butter that were meant to go into the recipe, and help my mom pour ingredients into our mixer. While the batter or dough would go into the oven less a tablespoon or two of butter, the end result was always so tasty and the process of making something as a family was the most gratifying part.

Those of you who have been around The Roasted Root block a time or two know that I prefer baking my treat recipes with natural sweeteners. For these scones, I used Madhava’s coconut sugar. Spiced Oatmeal and Raspberry Scones - Warm Vanilla Sugar. I wish I could have scones for breakfast every day. But they take time, and a good homemade scone takes some home-baker love. Luckily, these scones come together quite fast! As in, under an hour fast, which is perfect for a weekend breakfast or brunch.

Also, when these are paired with butter and jam they will make your heart sing. Fact. Or you can go ahead and make some scones with a fancy glaze….both sound fabulous. Banana Monster Bread, Vegan + Gluten-Free - The Colorful Kitchen. Get your free 2-Day Vegan Meal Plan sent straight to your inbox! Love eating healthy food? Just never sure what to make for dinner... Hi, I'm Ilene… and that's where I come in! 18 Microwave Snacks You Can Cook In A Mug. Vegan Croissants. Buttery baked goods – so not vegan, and perhaps they aren’t an everyday food item, but oh what an indulgence!

With the help of great vegan butter substitute products, we can have our croissant and eat it too! These vegan croissants are just as buttery, layer-y and flaky as the original. Before we go too far down this road, I have to say right now that these croissants are not quick by any means. It takes time to develop all those layers and I’ve done my best to come up with a version that can be finished in one day. Much of the time needed for this recipe is inactive dough chilling time, so put a playlist together or start a silly TV show marathon because there will be some waiting around in between all the rolling and folding.

Vegan Breakfast Recipes — Oh She Glows — Page 2. 17 meilleures images à propos de A Vegetarian/Vegan, Gluten Free Breakfast. sur Pinterest  Gluten-Free Breakfast: 44 Easy Breakfast Recipes You Won't Believe Are Gluten-Free. In a diet without gluten, breakfast options become a little limited. And it’s not that oatmeal, eggs, Greek yogurt with berries, and avocado toast on gluten-free bread are bad—it’s that sometimes you stare so intently at your friend’s stack of pancakes or scone at brunch that she starts to suggest meeting for “just coffee” instead. {{displayTitle}} READ Save your friendship and your envious, bored stomach by making these gluten-free breakfasts at home (and inviting your pal over next weekend).

Whether you’re craving sweet treats or something savory, we’ve got you covered. We’re talking baked goods just as delicious as any wheat-filled ones, hearty quiches complete with crust, grab-and-go bars, and even pizza to start the day off right. Muffins and Scones. New Mama Glo Bars (lactation-friendly, nut-free) September 26, 2016Angela (Oh She Glows) “I’ve officially polished off my ‘postpartum’ Glo Bar stash.” This is what I wrote on Snapchat early in September to accompany a photo of me gobbling up my last lonely bar from the freezer. I had overestimated my self-control at 9 months pregnant just a tad, thinking I could stock the freezer a month early with Glo Bars so I would have them handy to bring to the hospital and to enjoy once home. Raspberry Chia Seed Jam Oat Crumble Squares (Vegan + Gluten-Free) September 9, 2014Angela (Oh She Glows) Sarah Vegan Keshet. キャラメル風味がおいしいサクサクのフロランタンの作り方：How to make Florentins. Maikin mokomin: Täydellisyyttä hipoen: matchaa, mantelia & mansikoita.

9 Vegan Sushi Recipes So Good You Can Finally Give Up Seafood. Lavender Bees Knees Popsicle - Emma MagazineEmma Magazine. Lavender simple syrup made from dried blossoms blend together with honey and lemon creating a smooth and aromatic flavor. How to Make Chocolate Cake With Avocado Instead of Eggs and Butter.