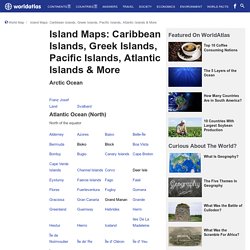 Latin World Geography. Occidental - ("middle & far east") Bahamas and Caribbean Cruises from Florida. History of the Lewis and Clark Expedition. On May 21, 1804, Meriwether Lewis and William Clark left from St. 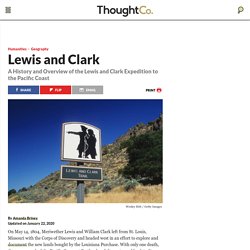 Louis, Missouri with the Corps of Discovery and headed west in an effort to explore and document the new lands bought by the Louisiana Purchase. With only one death, the group reached the Pacific Ocean at Portland and then returned back to St. Louis on September 23, 1806. History - geography. Maps That Explain The United States. Ancient Babylonia - The Tigris River. Honey Bees (Genus Apis) · iNaturalist.org. The Grand Tour: French Indochina. The year is 1860 and you’re a French explorer and botanist, trekking through relentlessly hot and mosquito ridden jungle in northern Cambodia – a country you have found to be hopelessly undeveloped and unenlightened – when you come across a magnificent overgrown temple complex ‘grander than anything left to us by Greece or Rome’. 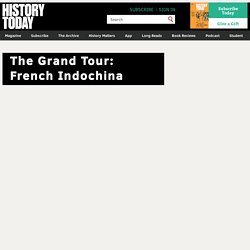 Henri Mouhot’s ‘discovery’ of the temples of Angkor (in reality, the ruins were never really lost) is the stuff of boy’s adventure stories; 70 years later, a reconstruction of Angkor Wat would prove the highpoint of the predictably romantic Colonial Exhibition held in Paris, a celebration of France’s colonial conquests including its colonies and protectorates in French Indochina. French Indochina covered the region that today comprises Vietnam, Cambodia and Laos from 1887 until the French evacuation from Vietnam in 1954. Gettysburg - Pickett’s Charge, July 3, 1863 - 2:00 - 2:30PM. WorldTimeZone - Current time around the World and standard world time zones map of the world- 12 format. Mana trail guide map 2. Untitled. See the Historic Maps Declassified by the CIA. Shortly after the attacks of September 11, 2001, U.S. 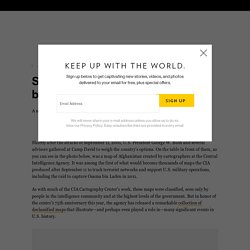 President George W. Bush and several advisors gathered at Camp David to weigh the country’s options. On the table in front of them, as you can see in the photo below, was a map of Afghanistan created by cartographers at the Central Intelligence Agency. It was among the first of what would become thousands of maps the CIA produced after September 11 to track terrorist networks and support U.S. military operations, including the raid to capture Osama bin Laden in 2011. 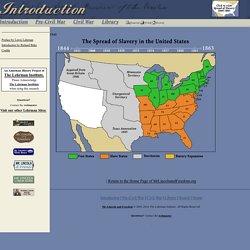 Earthquake Hazard Maps. The maps displayed below show how earthquake hazards vary across the United States. 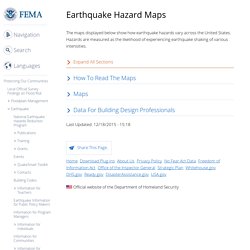 Hazards are measured as the likelihood of experiencing earthquake shaking of various intensities. World Map. Flash Earth - Zoom into satellite and aerial imagery of the Earth in Flash. 40 Maps That Will Help You Make Sense of the World. If you’re a visual learner like myself, then you know maps, charts and info graphics can really help bring data and information to life. 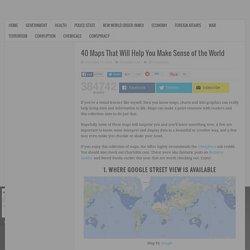 Maps can make a point resonate with readers and this collection aims to do just that. Hopefully some of these maps will surprise you and you’ll learn something new. A few are important to know, some interpret and display data in a beautiful or creative way, and a few may even make you chuckle or shake your head. If you enjoy this collection of maps, the Sifter highly recommends the r/MapPorn sub reddit. You should also check out ChartsBin.com. 1. Map by Google 2. Map via Wikimedia Commons 3. Map by Stuart Laycock (via The Telegraph) 4. Map by eatrio.net via Reddit Pangea was a supercontinent that existed during the late Paleozoic and early Mesozoic eras, forming about 300 million years ago. 5. 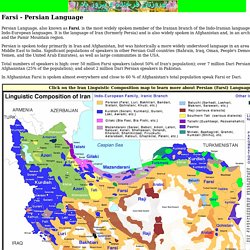 It is the language of Iran (formerly Persia) and is also widely spoken in Afghanistan and, in an archaic form, in Tajikistan and the Pamir Mountain region. Persian is spoken today primarily in Iran and Afghanistan, but was historically a more widely understood language in an area ranging from the Middle East to India. Significant populations of speakers in other Persian Gulf countries (Bahrain, Iraq, Oman, People's Democratic Republic of Yemen, and the United Arab Emirates), as well as large communities in the USA.