Kimono Nagoya. Geek Girls Rule the Runway at PAX’s First-Ever BioWare Fashion Show. The following was originally posted on GeekPinata.com and has been republished here with permission. 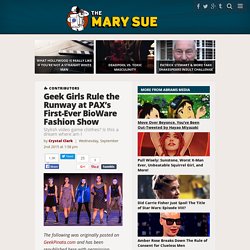 If someone had told me around five years ago that there would be such a thing as Geek Fashion Shows – runway and all – I would have been skeptical. I’ve always loved geek fashion, but there traditionally hasn’t been a whole lot of variety for ladies – let alone an entire show dedicated to it. Fast forward to 2015, and we now see the Geek Fashion Show (produced by Douggary Grant) at tons of conventions, and the Her Universe Fashion Show has been held two years in a row at SDCC. And this past weekend at PAX Prime, I was invited to witness the very first BioWare Fashion Show. I was thrilled to attend, but I had no idea what to expect. Three designers worked on the majority of the new BioWare line: one with a geek background and two that come strictly from a fashion background.

Dragon Age geek fashion The Dragon Age pieces were the big stand-out to me. Cassandra Believer high-low dress N7 coat. Changes and a wicked new style – Lavender Fox. A lot has changed in the last few months, and I’ve had the opportunity to start fresh – between a breakup, moving, and starting a new job, I’ve had a lot of time to reflect, and rediscover things I had forgotten about myself. 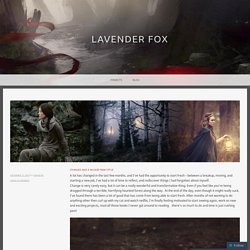 Change is very rarely easy, but it can be a really wonderful and transformative thing. Even if you feel like you’re being dragged through a terrible, horrifying haunted forest along the way. At the end of the day, even though it might really suck, I’ve found there has been a lot of good that has come from being able to start fresh. After months of not wanting to do anything other then curl up with my cat and watch netflix, I’m finally feeling motivated to start sewing again, work on new and exciting projects, read all those books I never got around to reading…there’s so much to do and time is just rushing past! Along with all the chaos that has been going on, I’ve found that my style has been shifting more towards witchy and wraithlike looks. The Witch The Wraith. 20 free fashion books to download from The Metropolitan Museum of Art. Did you know that you can download 425 books and exhibition catalogs from The Metropolitan Museum of Art for free? 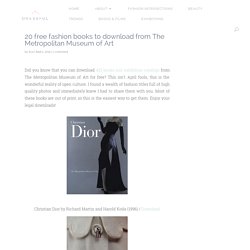 This isn't April fools, this is the wonderful reality of open culture. I found a wealth of fashion titles full of high quality photos and immediately knew I had to share them with you. Most of these books are out of print, so this is the easiest way to get them. Enjoy your legal downloads! Wasteland Weekend 2015: Outrageous post-apocalyptic festival inspired by Mad Max films [Photos] Thousands of costumed revellers, driving vehicles straight out of a Mad Max movie, gathered in the southern California desert for the Wasteland Weekend festival. 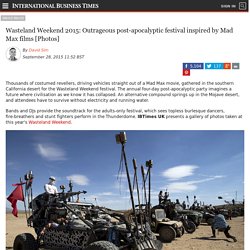 The annual four-day post-apocalyptic party imagines a future where civilisation as we know it has collapsed. An alternative compound springs up in the Mojave desert, and attendees have to survive without electricity and running water. Bands and DJs provide the soundtrack for the adults-only festival, which sees topless burlesque dancers, fire-breathers and stunt fighters perform in the Thunderdome. IBTimes UK presents a gallery of photos taken at this year's Wasteland Weekend. Jungle Tribe par JungleTribe. Haider Ackermann - Designer Fashion Label. SKINGRAFT. 2014 Wardrobe Post. I posted a less detailed Wardrobe post to my facebook at the beginning of January, but I took so many photos that I thought it would be a shame not to share them, hence this post. :) Be warned, this is a pretty photo heavy blog post, full of detail shots of many pieces. 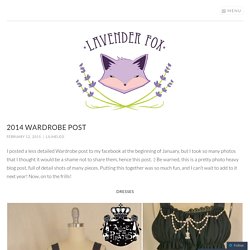 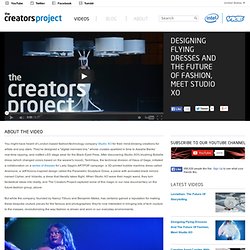 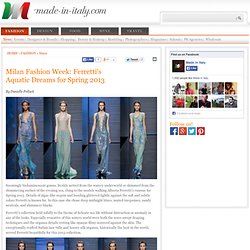 Details of algae-like sequin and beading glittered lightly against the soft and subtle colors Ferretti is known for. In this case she chose deep midnight blues, muted turquoises, sandy neutrals, and shimmery blacks. Ferretti’s collection held solidly to the theme of delicate sea life without distraction or anomaly in any of the looks. Especially evocative of this watery world were both the wave-swept draping techniques and the organza details resting like opaque filmy seaweed against the skin.

The exceptionally crafted Italian lace tulle and luxury silk organza, historically the best in the world, served Ferretti beautifully for this 2013 collection. Parade of National Costumes. Ulyana Sergeenko. Ulyana Sergeenko is a rising fashion designer from Russia. She has made a strong debut in fashion world with her new collection autumn/winter 2011-12 (also featured in VOGUE Russia). The collection is inspired by 1950's, Soviet times. Indeed, when looking at the illustration on the fabrics the first thing that comes to mind is a huge farmer's land.

I would describe a collection farmer/chic. Also, lately I have fallen in love with super long skirts/dresses so this collection is definitly appealing to me. Sadhu. Two sadhus near Pashupatinath temple in Kathmandu, Nepal. 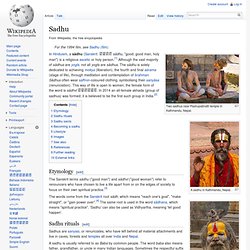 A sadhu in Kathmandu, Nepal. Naga sadhu in Pashupatinath temple, Nepal Sadhu in Pashupatinath Etymology[edit] The Sanskrit terms sādhu ("good man") and sādhvī ("good woman") refer to renouncers who have chosen to live a life apart from or on the edges of society to focus on their own spiritual practice.[3] The words come from the Sanskrit root sādh, which means "reach one's goal", "make straight", or "gain power over".[4] The same root is used in the word sādhana, which means "spiritual practice". 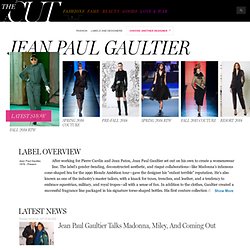 The label’s gender-bending, deconstructed aesthetic, and risqué collaborations—like Madonna’s infamous cone-shaped bra for the 1990 Blonde Ambition tour—gave the designer his “enfant terrible” reputation. He’s also known as one of the industry’s master tailors, with a knack for tuxes, trenches, and leather, and a tendency to embrace equestrian, military, and royal tropes—all with a sense of fun. In addition to the clothes, Gaultier created a successful fragrance line packaged in his signature torso-shaped bottles.

His first couture collection didn’t come until 1997, but has been critically acclaimed since its beginnings. In 1999, Hermès bought 35 percent of the Jean Paul Gaultier company, which gave the brand capital to open up stores in East Asia. Designed By. Corsets, Corsets for Sale, USA supplier of fashion corsets, authentic corsets, and steel boned corsets. 'Brandy ♥ Melville USA. Black Milk Clothing. OMG that dress!: Archive. Untitled. Godchecker.com - Your Guide To The Gods. Welcome to The Ancient Web - The Ancient World's Great Civilizations. 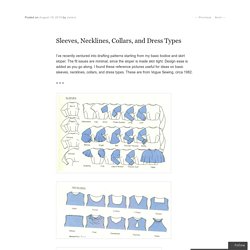 The fit issues are minimal, since the sloper is made skin tight. Design ease is added as you go along. Polyvore.