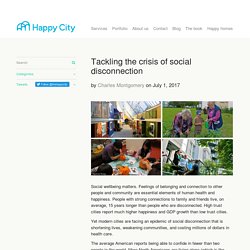 Feelings of belonging and connection to other people and community are essential elements of human health and happiness. People with strong connections to family and friends live, on average, 15 years longer than people who are disconnected. High trust cities report much higher happiness and GDP growth than low trust cities. Yet modern cities are facing an epidemic of social disconnection that is shortening lives, weakening communities, and costing millions of dollars in health care. The average American reports being able to confide in fewer than two people in the world. Design plays a role in mediating this social wellbeing. An equally striking effect has been found at the other end of the density spectrum: Apartment tower residents report lower levels of trust and neighborliness than people in smaller-scale housing. This presents a challenge for cities dealing with both growth and affordability challenges. Some key insights from the toolkit:

Researchers Reprogram Genome to Produce More Dopamine. In Brief Researchers found a gatekeeper protein that, when inhibited, allows for the transformation of skin cells into dopamine neurons. 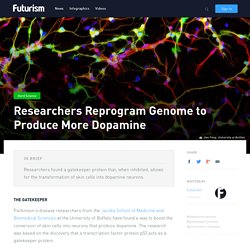 The Gatekeeper Parkinson’s disease researchers from the Jacobs School of Medicine and Biomedical Sciences at the University of Buffalo have found a way to boost the conversion of skin cells into neurons that produce dopamine. The research was based on the discovery that a transcription factor protein p53 acts as a gatekeeper protein. he new UB research, published Dec. 7 in an open-access article in Nature Communications, Jian Feng, senior author and professor in the Department of Physiology and Biophysics at UB, outlined the discovery in the press release, saying, “We found that p53 tries to maintain the status quo in a cell; it guards against changes from one cell type to another.

This Startup Gets You High On Dopamine, No Exercise Required. All of the Fun, None of the Workout If you think about it, every company exhibiting at CES is trying to sell the same thing: happiness. 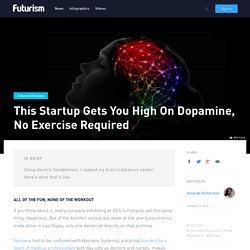 But of the booths I visited last week at the yearly electronics trade show in Las Vegas, only one delivered directly on that promise. Nervana (not to be confused with Nervana Systems), a startup founded by a team of medical professionals with day jobs as doctors and nurses, makes hardware that stimulates your brain to release dopamine, aka the happiness chemical. Housing solutions that really work. If our collective world wisdom can launch rockets that fly faster than the speed of sound, create driverless cars and invent life-saving medical marvels like insulin for diabetics, then surely we can find a way to cure the housing crisis. 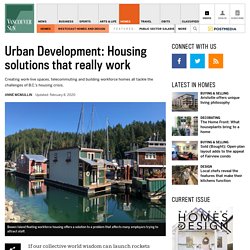 As Albert Einstein famously said: “We can’t solve problems by using the same kind of thinking we used when we created them.” In a place where we have too few homes for a growing population, we must consider some fundamental changes in traditional thinking about how we work, commute and yes, create housing. Traffic congestion costs an estimated $1.5 billion to the Metro Vancouver economy as a result of delayed commercial goods, health issues, increased greenhouse gases and lost employee productivity. The Greater Vancouver Board of Trade’s “More Homes, More Choices” 2019 housing report says 73 per cent of employers reported “that housing affordability has affected their ability to recruit and retain employees.”

That telecommuting trend is growing. Posters Please: don't forget the silent minority. Every Freshers’ advice article makes exactly the point: to settle into university and have a ‘well-rounded’ university experience, it is important that you ‘get out there’ and ‘get involved’ – don’t spend the entirety of your university life dwelling in the library. 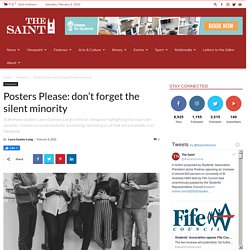 Sounds great. Where, when, how and with whom? Well if, like me, and you’re not on Facebook, then you’re stumped. Social media, Facebook in particular, is the means by which so many societies communicate with their members about upcoming events and meet-ups. Not just ‘a place’: Wasaga councillors get sense of needs in new library. A public lounge. 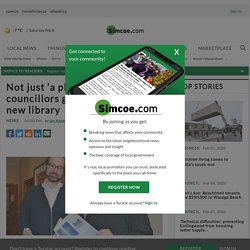 A children’s zone. Collaborative and cultural spaces. Wasaga Beach council’s committee of the whole was presented with a picture of possibilities for a new public library, based on the wants and needs of the community. Woman launches Darlington initiative to tackle loneliness and isolation. A GRASSROOTS project has been launched to bring together people from all corners of the community who feel lonely and isolated. 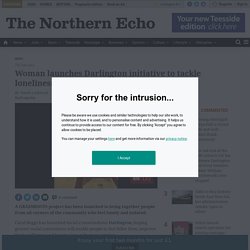 Pilot project aims to create affordable living for college students. BARRIE -- A new initiative between Georgian College and the City of Barrie will address the ongoing challenge of affordable student residency. 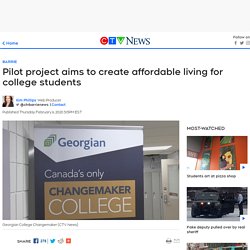 The pilot project, called the Homeshare Program, would match a Georgian College student with a 55+ adult willing to share their home at reduced rent in exchange for light household tasks or companionship. "This is about helping seniors age well at home, helping students find housing, and helping residents get affordable, nutritious food through innovative partnerships that tackle root causes," explained Barrie Mayor Jeff Lehman. Students could be required to tackle tasks such as carrying groceries, dog walking, light household cleaning, and preparing shared meals. "It's a great opportunity to mitigate social isolation for interaction between people of various ages," said Martin Rochon, Georgian College.