Мечта миров Выявленные на холсте. Along with some magnificent dreams, Jacek Yerka finds inspiration for his masterful paintings from his childhood memories: the places, remembered feelings and smells of 1950′s Poland. 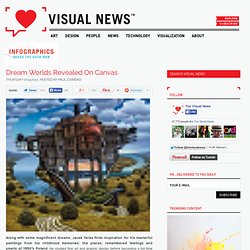 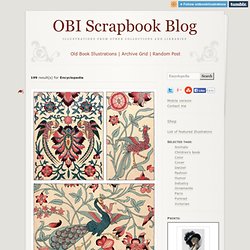 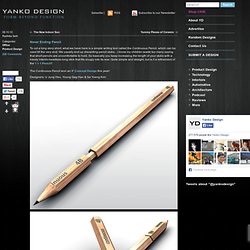 We usually end up discarding pencil stubs…I know my children waste too many saying that short pencils are uncomfortable to hold. So basically you keep increasing the length of your stubs with a handy interim-headless-long stick that fits snugly into its rear. Quite simple and straight, but is it a refinement of the 1 + 1 Pencil? 203gow's Photostream. Sergeant Paper Art Shop Paris: ART URBAIN. Online Portfolios on the Behance Network. 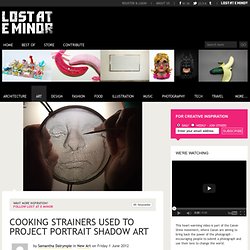 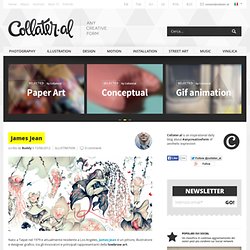 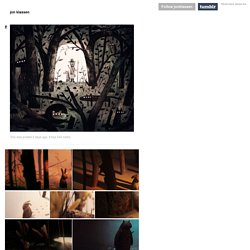 It has 344 notes. some tests that Joe Schmidt and I did a few months back. Not for anything specific but they were really fun. This was posted 1 month ago. PFFT! Galleries. Portfolios. HOW TO: Create a Home Made Wax Seal (16 Pics. Art in America. Steve Smith. I don’t know what’s the deal with these hyperrealist artists, once again, great work, but absolutely no information…so I’ll just tell you to look at Steve Smith’s pretty paintings, who apparently dreams of sunny days, holidays and sunglasses. 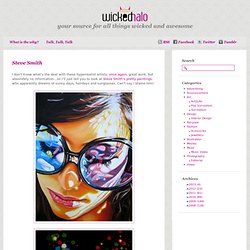 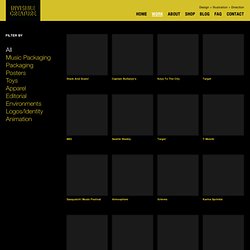 New work for Xbox One. A New Mark Redesigned for a new era, our mummy icon gets a facelift. Gift Maker Toys for PNC See our new project for Deutsch and build/win toys From "The 12 Days Of Christmas" song. Welcome To Minorville 100 feet of basswood and 50 hours later, a city was built. Minorville takes a look inside the mind of Derek Minor. Gorgeous art nouveau-inspired portraits of Miyazaki's characters.

Is most of what people call Art Nouveau really just Mucha? 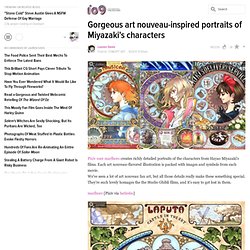 Often seems to be, Nouveau was pretty diverse (Beardsley, Steinlen, Lautrec, Crane, Klimt), the very prescriptive style of poster with cutout frames, circle motifs and a heavy outline however is Mucha. Although Mucha himself was more diverse than that SExpand I guess a similar thing happens with pop art, in that that often gets reduced to Andy Worhol (and Worhol again to his brightly coloured screenprints) True. New York Times : Jon McNaught. Иллюстрация Подается. My moleskine on the Behance Network. New Page 2. Christopher Nielsen Illustration. Gorgeous Bird Paintings by Adam S. Doyle. Artist Adam S. 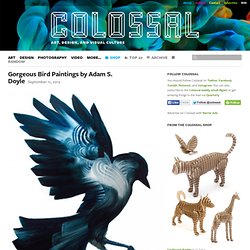 Doyle who recently relocated to Hong Kong creates beautiful gestural paintings of birds, where the seemingly incomplete brushstrokes form the feathers and other details of the animal. In some strange way it reminds me of the story of the Renaissance painter Giotto who is rumored to have been able to draw a perfect circle without the aid of a compass, as if Doyle just picks up a dripping paint brush and in a few seconds paints a perfect bird.