Engineers Have Created Biocompatible Microrobots That Can be Implanted Into the Human Body. Sam Sia, a Biomedical Engineering Professor at Columbia Engineering recently led a team that used biomaterials that can safely be implanted in the body to manufacture microscale-sized machines. 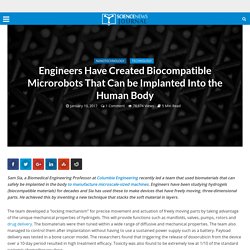 Engineers have been studying hydrogels (biocompatible materials) for decades and Sia has used these to make devices that have freely moving, three-dimensional parts. He achieved this by inventing a new technique that stacks the soft material in layers. The team developed a “locking mechanism” for precise movement and actuation of freely moving parts by taking advantage of the unique mechanical properties of hydrogels.

This will provide functions such as manifolds, valves, pumps, rotors and drug delivery. The biomaterials were then tuned within a wide range of diffusive and mechanical properties. Most implantable micro-devices currently available have limited bio-compatibility because they require batteries or other toxic electronics. Could Technology Remove the Politicians From Politics? - Motherboard. The tech industry has talked long and hard about democratizing industries. 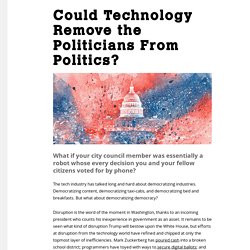 Get ready for the robot propaganda machine. This article was taken from The WIRED World in 2015. 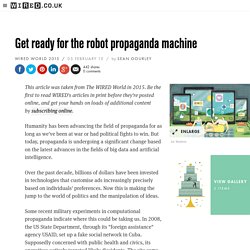 Over the past decade, billions of dollars have been invested in technologies that customise ads increasingly precisely based on individuals' preferences. Kardashev Scale: The Kinds of Alien Civilizations in Our Universe. The Psychologists Take Power by Tamsin Shaw. The Righteous Mind: Why Good People Are Divided by Politics and Religion by Jonathan Haidt Vintage, 500 pp., $16.95 (paper) The Better Angels of Our Nature: Why Violence Has Declined by Steven Pinker Penguin, 802 pp., $20.00 (paper) 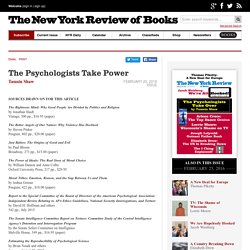 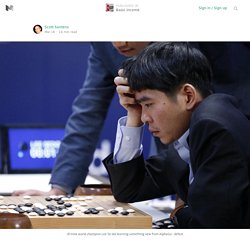 Known to history as Chicago Pile-1, it was celebrated in silence with a single bottle of Chianti, for those who were there understood exactly what it meant for humankind, without any need for words. Now, something new has occurred that, again, quietly changed the world forever. The Boy Who Could Change the World. The Writings of Aaron Swartz A posthumous collection of writing by Aaron Swartz, the computer genius and Internet hacktivist whose tragic suicide shook the world “He was brilliant and funny. 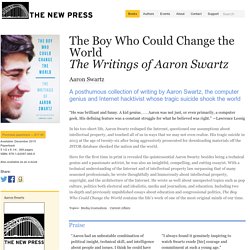 A kid genius. . . . Aaron was not just, or even primarily, a computer geek. The Autistic Revolution: Children In The Time of Awakening. Abraham-Hicks Law of Attraction. Abraham addresses several questions about autism and then reveals the surprising role that autistic children play at this unique time in Earth history. 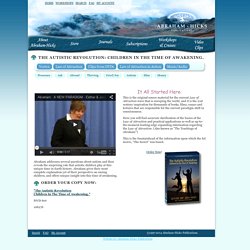 Abraham gives their most complete explanation yet of their perspective on raising children, and offers unique insight into this time of awakening. "The Autistic RevolutionChildren In The Time of Awakening. " DVD Set. Ray Kurzweil. Raymond "Ray" Kurzweil (/ˈkɜrzwaɪl/ KURZ-wyl; born February 12, 1948) is an American author, computer scientist, inventor, futurist, and is a director of engineering at Google. 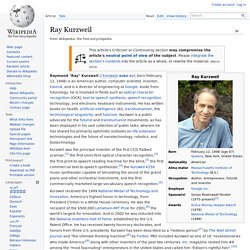 Aside from futurology, he is involved in fields such as optical character recognition (OCR), text-to-speech synthesis, speech recognition technology, and electronic keyboard instruments. He has written books on health, artificial intelligence (AI), transhumanism, the technological singularity, and futurism. Kurzweil is a public advocate for the futurist and transhumanist movements, as has been displayed in his vast collection of public talks, wherein he has shared his primarily optimistic outlooks on life extension technologies and the future of nanotechnology, robotics, and biotechnology. 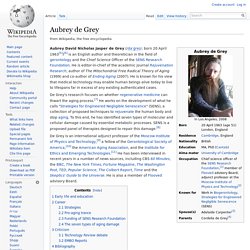 He is editor-in-chief of the academic journal Rejuvenation Research, author of The Mitochondrial Free Radical Theory of Aging (1999) and co-author of Ending Aging (2007). He is known for his view that medical technology may enable human beings alive today to live to lifespans far in excess of any existing authenticated cases.

Early life and education[edit] De Grey was born and brought up in London, England.[12] He told The Observer that he never knew his father, and that his mother, an artist, encouraged him in the areas she herself was the weakest: science and mathematics.[3] He was educated at Sussex House School[13] and Harrow School.