Free personality test, type descriptions, relationship and career advice. If books came after games. Why Students Forget—and What You Can Do About It. Teachers have long known that rote memorization can lead to a superficial grasp of material that is quickly forgotten. But new research in the field of neuroscience is starting to shed light on the ways that brains are wired to forget—highlighting the importance of strategies to retain knowledge and make learning stick.

In a recent article published in the journal Neuron, neurobiologists Blake Richards and Paul Frankland challenge the predominant view of memory, which holds that forgetting is a process of loss—the gradual washing away of critical information despite our best efforts to retain it. Learning Myths vs. Learning Facts - The Effortful Educator. The Learning Styles Myth What exactly are learning styles?

Well, that’s not too easily defined and there are many different forms. Looking at research, one of the most popular forms is VAK; visual, auditory, or kinesthetic (1). Brain Differences Between Genders. It’s no secret that boys and girls are different—very different. 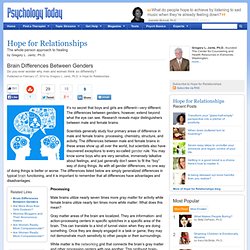 The power of vulnerability. Emotional Safety First. Building a secure, supportive classroom environment is essential for young brains to learn. 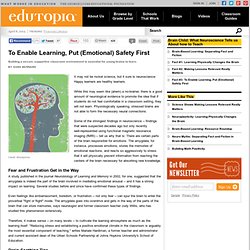 Help kids manage digital feedback. “Increasing the amount of feedback in order to have a positive effect on student achievement requires a change in the conception of what it means to be a teacher.” — John Hattie in Visible Learning In today’s digital environments, feedback is everywhere and everyone is a teacher. 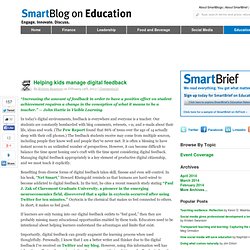 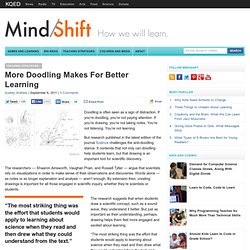 If you’re doodling, you’re not paying attention. If you’re drawing, you’re not taking notes. You’re not listening. But research published in the latest edition of the journal Science challenges the anti-doodling stance. How to Mind Map. The Future of Self-Improvement. Engaging Without Carrots & Sticks. CC Image from Dr. 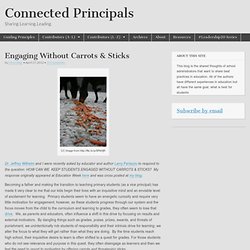 Jeffrey Wilhelm and I were recently asked by educator and author Larry Ferlazzo to respond to the question: HOW CAN WE KEEP STUDENTS ENGAGED WITHOUT CARROTS & STICKS? My response originally appeared at Education Week here and was cross posted at my blog. Becoming a father and making the transition to teaching primary students (as a vice principal) has made it very clear to me that our kids begin their lives with an inquisitive mind and an enviable level of excitement for learning. Primary students seem to have an energetic curiosity and require very little motivation for engagement; however, as these students progress through our system and the focus moves from the child to the curriculum and learning to grades, they often seem to lose that drive. 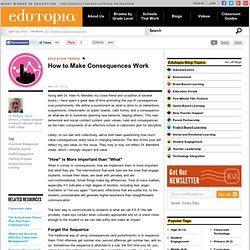 Allen N. Mendler, my close friend and co-author of several books, I have spent a great deal of time promoting the use of consequences over punishments. We define a punishment as what is done to us (detentions, suspensions, checkmarks on public boards, calls home), and a consequence as what we do to ourselves (learning new behavior, helping others). This new behavioral and social contract system uses values, rules and consequences as the main components of an effective school or classroom plan for discipline.

How to Trust Your Students. Education is catastrophically deficient in trust. 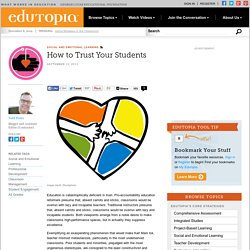 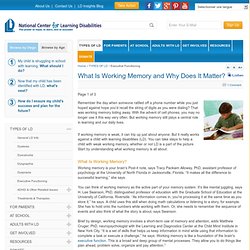 That was working memory toiling away. With the advent of cell phones, you may no longer use it this way very often. But working memory still plays a central role in learning and our daily lives. If working memory is weak, it can trip up just about anyone. Neuro Myths. Learning Physically Changes Brain. How lessons and experiences can shape and grow your students' brains over time. Credit: iStockphoto "There are a few broad principles that we can state come out of neuroscience," says Kurt Fischer, education professor and director of the Mind, Brain, and Education Program at Harvard University. How Creativity Works. Thoughtful Learning. Belief that you can become smarter and more talented opens the doorways to success. 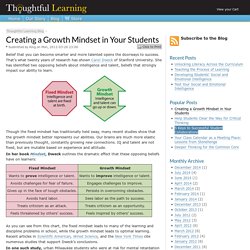