Look at this Satanist Mason trying to make out Demiurge is Christian - its an inversion. A significant portion of my youth was spent in Philadelphia and I was immersed in the stories and legends of the area, even though many of my contemporaries paid little attention to them. 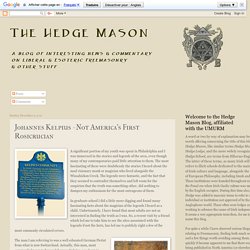 The most fascinating of these were doubtlessly the stories I heard about the mad visionary monk or magician who lived alongside the Wissahickon Creek. The legends were fantastic, and the fact that they seemed to contradict themselves and left room for the suspicion that the truth was something other, did nothing to dampen my enthusiasm for the most outrageous of them. In graduate school I did a little more digging and found many fascinating facts about the magician of the legends I heard as a child. Unfortunately, I have found that most adults are not as interested in finding the truth as I was.

So, a recent visit by a friend which led me to take him to see the sites associated with the legends if not the facts, has led me to publicly right a few of the most commonly circulated errors. 1. Philadelphia Oddities: Cave of Kelpius. so Rosicrucianism is Egyptian going back to Ormus, was Cagliostro one, infiltrated Masonry via Memphis Misraim. Cave of Kelpius This is one of the more difficult sites to find. 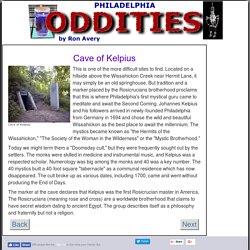 Located on a hillside above the Wissahickon Creek near Hermit Lane, it may simply be an old springhouse. But tradition and a marker placed by the Rosicrucians brotherhood proclaims that this is where Philadelphia's first mystical guru came to meditate and await the Second Coming. Johannes Kelpius and his followers arrived in newly-founded Philadelphia from Germany in 1694 and chose the wild and beautiful Wissahickon as the best place to await the millennium. 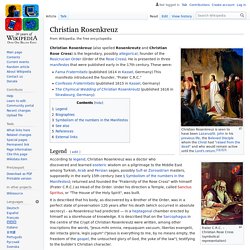 Legend[edit] AMORC & Golden Dawn influenced by Gold & Rosenkreutz. Roots of the Hermetic Order of the Golden Dawn. By Terry Melanson (26/4/2009) [Author’s note: My initial speculation was warranted, it seems; additional corroboration in the following post (and comments): “Was Jacob Frank a Rosicrucian? 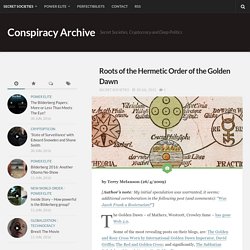 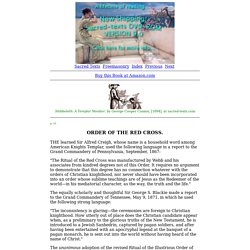 The Sion Revelation: The Truth About the Guardians of Christ's Sacred Bloodline - Lynn Picknett, Clive Prince. An essential notion in the #1 New York Times bestseller The Da Vinci Code is the existence of an age-old French society, the Priory of Sion, whose task it is to protect Christ's sacred bloodline. 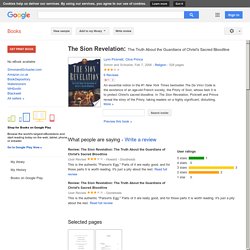 In The Sion Revelation, Picknett and Prince reveal the story of the Priory, taking readers on a highly significant, disturbing, and even alarming ride through history into an intriguing world where a great many uncomfortable facts will have to be faced, both religious and political. Drawing on a wealth of astonishing evidence, they answer numerous questions that shroud this society, including:

The Sacred History: How Angels, Mystics and Higher Intelligence Made Our World - Jonathan Black. Religious-symbolism - this needs a separate piece. The rose has been a powerful religious symbol for thousands of years. 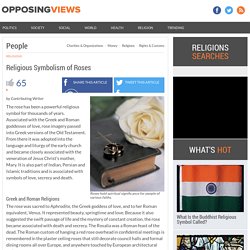 Associated with the Greek and Roman goddesses of love, rose imagery passed into Greek versions of the Old Testament. From there it was adopted into the language and liturgy of the early church and became closely associated with the veneration of Jesus Christ's mother, Mary. It is also part of Indian, Persian and Islamic traditions and is associated with symbols of love, secrecy and death. Greek and Roman Religions The rose was sacred to Aphrodite, the Greek goddess of love, and to her Roman equivalent, Venus. Early Christianity. TEXAS GOVERNOR GEORGE W. BUSH IS ALSO A MEMBER OF THE ILLUMINIST SATANIC SECRET SOCIETY, SKULL & BONES! As we get started in our study, remember that all members of the American Skull and Bones are just as Satanic as was Adolf Hitler. 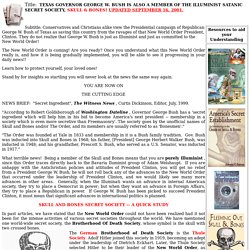 This premise is one that shocks most people to the core, because neither Former President Bush nor his son, Texas Governor George W. Bush, "look" like Adolf Hitler. Remember Jesus' solemn warning concerning the deception of the End of the Age. "Take heed that no man deceive you. " Isis, Rose of the World, Part II. More Roses for the Isian Garden Blue Nile (1976) Breeder: Delbard. 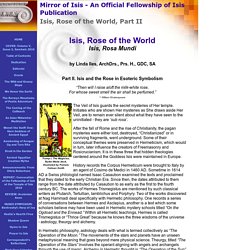 Country of Origin: Paris, France. Type: Hybrid Tea. A vigorous and disease resistant rose. The blooms range from lilac to mauve to deep lavendar in color, blushed with a deep purple. Goddess of Love (2000) Breeder: Colin P. Isis (also known as Silver Anniversary) (1995) Breeder: Poulsen. Osiria (1978) Breeder: W. The Significance of the Rosicrucian Five Petaled Rose. One of these details that was revealed through the publication of the videos from the 100 Year Centennial Jubileum Celebration of the Rosicruian Order of Alpha et Omega was the five petaled rose born upon the Banner of the East, which has raised some questions of why this modification has come about and where we are to find its roots. 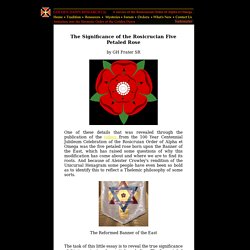 And because of Aleister Crowley's rendition of the Unicursal Hexagram some people have even been so bold as to identify this to reflect a Thelemic philosophy of some sorts. Sufism and the Kabbalah. Abdul Qadir al Jilani, the founder of one of the most influential Sufi orders in Islamic history, the Qadiriyyah, according to a famous Jewish historian, was a secret Jew. Chacham Israel Joseph Benjamin II wrote Eight Years in Asia and Africa from 1846 to 1855, in which he reported that there was a mosque in Baghdad where the grave of the great Marabut (Sufi mystic) Abdul Qadir is a highly venerated, and mentioned that, “the Mosque was a Synagogue before,” and that “the Marabut was nothing less than the famous Talmudist Joseph Hagueliti.”[1] His report is enlightening, as it has been claimed by occultists that the Qadiriyya Sufi order are the origin of the Rosicrucians, who in turn gave birth to the Freemasons.

According to Rosicrucian tradition, an Egyptian “priest” named Ormus Christianized the Egyptian mysteries. This is to be understood to refer to Hermeticism, which was mistakenly believed to represent an ancient Egyptian “wisdom.” Shah was also a close associate of John G. On the Islamic Origin of the Rose-Croix. To know the history of the mysterious Order of the Rose-Croix, it is indispensable to refer to the ancient documents which attest to its existence in Europe at the beginning of the 17th century.

The most important of these documents and the earliest is entitled: Allegemeine und generale Reformation des gantzen weiten Welte,heneben der Fama Fraternitatis des löblichen Ordens des Rosenkreutzes an alle Gelehrte und Haupter Europae geschrieben …. This anonymous text of 147 pages in octavo appeared in Cassel from the printery of Wilhelm Wessel in 1614. The essential and original part of the Reformation is the Fama Fraternitatis comprising pages 91 to 118 of the 1614 edition.

The Fama Fraternitatis speaks of a secret fraternity founded two centuries before by Christian Rosenkreutz whose life it recounts.