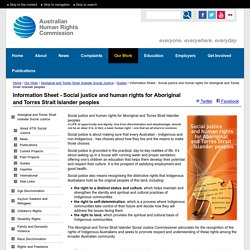 Burka segregation in Parliament reversed by Speaker Bronwyn Bishop. Updated A move to force Muslim women who cover their faces to sit in a separate enclosed public gallery at Parliament House has been reversed. 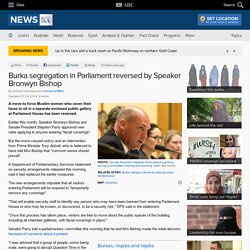 Earlier this month, Speaker Bronwyn Bishop and Senate President Stephen Parry approved new rules applying to anyone wearing "facial coverings". But the move caused outcry and an intervention from Prime Minister Tony Abbott, who is believed to have told Mrs Bishop that "common sense should prevail". Cookies must be enabled. You have cookies turned off To use this website, cookies must be enabled in your browser. To enable cookies, follow the instructions for your browser below. Facebook App: Open links in External Browser There is a specific issue with the Facebook in-app browser intermittently making requests to websites without cookies that had previously been set. This appears to be a defect in the browser which should be addressed soon. Open the settings menu by clicking the hamburger menu in the top rightChoose “App Settings” from the menuTurn on the option “Links Open Externally” (This will use the device’s default browser) Windows Enabling Cookies in Internet Explorer 9 Open the Internet BrowserClick Tools (or “gear” icon at top right hand corner) > Internet Options > Privacy > AdvancedCheck Override automatic cookie handlingFor First-party Cookies and Third-party Cookies click AcceptClick OK and OK Enabling Cookies in Internet Explorer 10, 11 Enabling Cookies in Firefox. 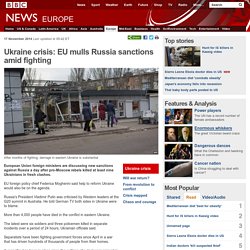 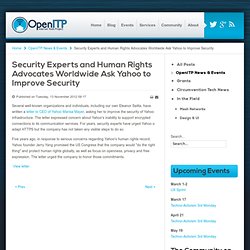 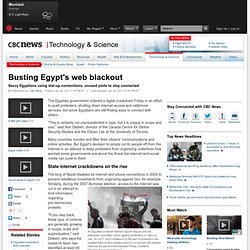 Such resilience on the part of protesters has enabled them to find creative ways to circumvent the internet blackout the government imposed Friday. ((Lefteris Pitarakis/Associated Press)) The Egyptian government ordered a digital crackdown Friday in an effort to quell protesters, shutting down internet access and cellphone services, but some Egyptians are still finding ways to connect with others. United Nations: Human Rights. A school girl at the Sitara School in Kabul pushes her classmate, a double-leg land-mine amputee in a wheelchair. 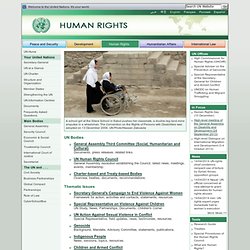 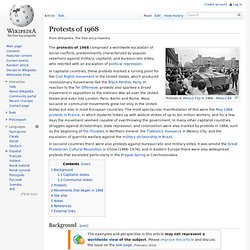 In capitalist countries, these protests marked a turning point for the Civil Rights movement in the United States, which produced revolutionary movements like the Black Panther Party. In reaction to the Tet Offensive, protests also sparked a broad movement in opposition to the Vietnam War all over the United States and even into London, Paris, Berlin and Rome. Mass socialist or communist movements grew not only in the United States but also in most European countries. The 1950-60's Black Civil Rights Movement in America. The actions of the 1900's black civil rights movement, and a brief outline of the events that occurred. 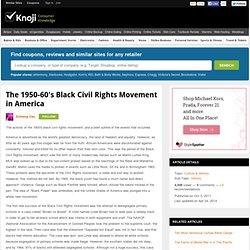 America is advertised as the world's greatest democracy, the land of freedom and equality. However, as little as 40 years ago this slogan was far from the truth. African-Americans were discriminated against constantly, tortured and killed for no other reason than their skin color. This was the period of the Black Civil Rights movement, which saw the birth of many modern-day heroes such as Martin Luther King. Islamic State says it is buying and selling Yazidi women, using them as concubines. BAGHDAD -- The Islamic State extremist organization boasted Sunday that it had enslaved women from an Iraqi minority group in order to use them as concubines, as a rights organization detailed teenagers being bought and sold by fighters for as little as $1,000. 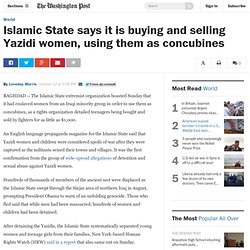 An English language propaganda magazine for the Islamic State said that Yazidi women and children were considered spoils of war after they were captured as the militants seized their towns and villages. It was the first confirmation from the group of wide-spread allegations of detention and sexual abuse against Yazidi women. Islamic State Propagandists Boast of Sexual Enslavement of Women and Girls.