Surprise Maps: Showing the Unexpected – UW Interactive Data Lab – Medium. In 1977, Jerry Ehman — an astronomer working with the SETI project to seek out alien life — came across an interesting radio signal, one needle in the haystack of all of the electromagnetic signals that SETI monitors. 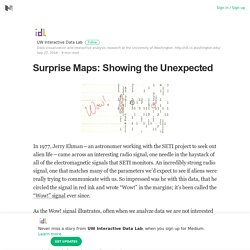 An incredibly strong radio signal, one that matches many of the parameters we’d expect to see if aliens were really trying to communicate with us. So impressed was he with this data, that he circled the signal in red ink and wrote “Wow!” In the margins; it’s been called the “Wow!” Signal ever since. As the Wow! For geographic data, our proposed solution is called a Surprise Map: a form of heat map that gives more weight to surprising data. Surprise maps are useful when the raw numbers, by themselves, don’t tell us much: visual patterns might look complex but convey only statistical noise, or patterns may look simple but hide the really interesting features. Canadian Mischief Here’s an example. Visits - Explore the places you have visited.

Peaks. Peaks is a visualization that explores the origin of mountain names in Switzerland. 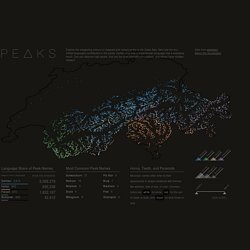 Visitors can explore the map and interact with the data through the filters on the right. At the bottom, there are three guided narratives. The piece is best experienced in a modern desktop browser (screenshot). If it doesn’t display properly, here’s a 2min walk-through. Exploring the data and finding the story The underlying data is an amazing set of numerous georeferenced names of built infrastructure and topographical features in Switzerland. During this data exploration phase, I came across countless interesting threads of stories that could potentially be told, and eventually settled on the rich intersection of mountains and languages. Visual representation and rapid iteration To get first basic visual representations, I rendered the data with p5.js, the emerging web version of the Processing programming language.

Turning interesting into insightful Polish, polish, polish. Cartographies of Time: A Visual History of the Timeline. I was recently asked to select my all-time favorite books for the lovely Ideal Bookshelf project by The Paris Review’s Thessaly la Force and artist Jane Mount. 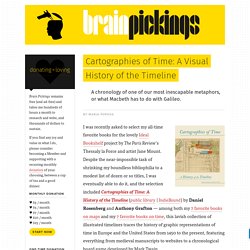 Despite the near-impossible task of shrinking my boundless bibliophilia to a modest list of dozen or so titles, I was eventually able to do it, and the selection included Cartographies of Time: A History of the Timeline (public library | IndieBound) by Daniel Rosenberg and Anthony Grafton — among both my 7 favorite books on maps and my 7 favorite books on time, this lavish collection of illustrated timelines traces the history of graphic representations of time in Europe and the United States from 1450 to the present, featuring everything from medieval manuscripts to websites to a chronological board game developed by Mark Twain.

The first chapter, Time in Print, begins with a context for these images: * Cue in Visual Storytelling and graphic designer Francesco Franchi on representation vs. interpretation. Build better buildings with indoor maps. The U.S. construction industry generates 37 million blueprints each year. 90% of contractors keep those blueprints on paper. 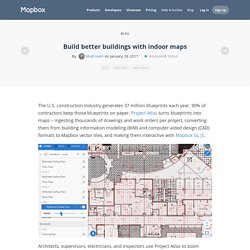 Project Atlas turns blueprints into maps – ingesting thousands of drawings and work orders per project, converting them from building information modeling (BIM) and computer-aided design (CAD) formats to Mapbox vector tiles, and making them interactive with Mapbox GL JS. Architects, supervisors, electricians, and inspectors use Project Atlas to zoom through entire buildings, toggle and interact with data layers, get alerts when plans change, tag items that need fixing, and notify workers when entering hazardous areas. The application helps eliminate the industry average 7% overhead for rework (aka do-overs) from unclear or changed blueprints. In less than six months, the Project Atlas team used Mapbox open source code and online documentation to build an application that’s changing the way buildings get built.

Project Atlas. Visualizing MBTA Data. Log In. The Struggle for Light and Air in America’s Largest City BY QUOCTRUNG BUI and JEREMY WHITE. 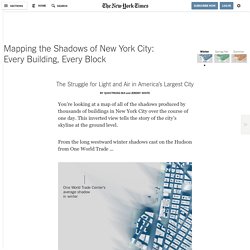 7 maps that will change how you see the world – World Economic Forum – Medium. A Japanese architect has won a prestigious award for creating a new map, because it shows the world as it really is. 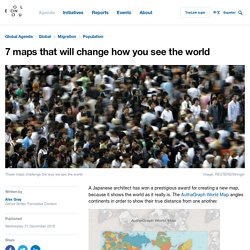 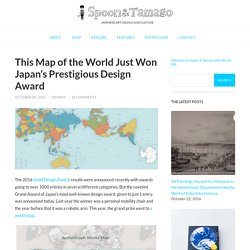 But the coveted Grand Award of Japan’s most well-known design award, given to just 1 entry, was announced today. Last year the winner was a personal mobility chair and the year before that it was a robotic arm. This year, the grand prize went to a world map. Stunning Data Visualizations. Visualizing Cities. Αρχική Σελίδα - Athens Social Atlas. Addressing the world. Atlas. Accenture Disaster Visualization. Mapping The World Around You. Zooming In On History. MIT Senseable City Lab. How Officials Distorted Flint’s Water Testing.

Local and state officials claimed for months that tests showed that Flint’s water had safe levels of lead. 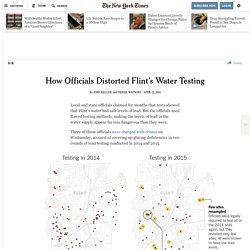 But the officials used flawed testing methods, making the levels of lead in the water supply appear far less dangerous than they were. Three of those officials were charged with crimes on Wednesday, accused of covering up glaring deficiencies in two rounds of lead testing conducted in 2014 and 2015. Testing in 2014 Few sites resampledOfficials were legally required to test all of the 2014 sites again, but they revisited very few sites. All were known to have low lead levels.

A suspicious clusterA number of samples were collected on a street with a relatively new water main, reducing the chances of finding lead contamination. Testing in 2015 Some of the homes appeared to be chosen for testing because they were unlikely to have lead contamination. The testing itself was designed to create artificially low readings. But that claim was false. MIT Senseable City Lab.

Maps Mania. Building Inspector by NYPL Labs. Unaffordable country: where can you afford to buy a house? The Mekong river: stories from the heart of the climate crisis. Digital Cartography [132]