Old language and texts. Magickal Reference. Texts (includes some in audio format) An Encyclopaedia of Occultism : Spence, Lewis (1874-1955) : Free Download &amp; Streaming : Internet Archive. V-Library - Veritas. The V-Library (Veritas Library) is an online collection of e-books by various authorities in the field of metaphysics and the occult. 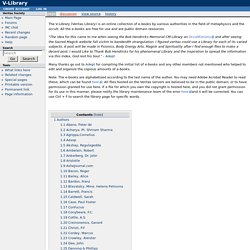 All the e-books are free for use and are public domain resources. "The idea for this came to me when seeing the Bob Hendricks Memorial CM Library on OccultForums and after seeing the Sacred Magick website fall victim to bandwidth strangulation. I figured veritas could use a Library for each of its varied subjects. A post will be made in Psionics, Body Energy Arts, Magick and Spirituality after I find enough files to make a decent post. List of Grimoires. Universal Theosophy. Welcome to the Universal Theosophy PDF Library For paperback and hardcover editions of many of the texts found on universaltheosophy.com, see here: This is a (growing) collection of PDFs, transcribed and formatted by the Universal Theosophy team. 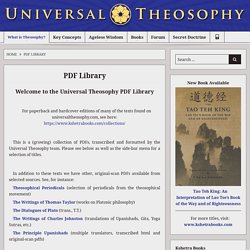 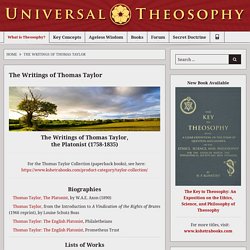 JOHN007DEE WORLDWIDE. John007Dee Worldwide has been designed to be a complete study guide to the corpus of Dee materials. 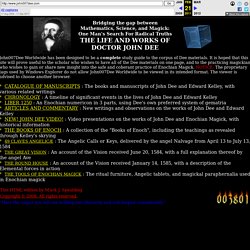 It is hoped that this site will prove useful to the scholar who wishes to have all of the Dee materials on one page, and to the practicing magickian who wishes to gain or share new insight into the safe and coherant practice of Enochian Magick. NOTICE: The proprietary tags used by Windows Explorer do not allow John007Dee Worldwide to be viewed in its intended format. The viewer is advised to choose another browser. * CATALOGUE OF MANUSCRIPTS : The books and manuscripts of John Dee and Edward Kelley, with various related writings * CHRONOLOGY : A timeline of significant events in the lives of John Dee and Edward Kelley * LIBER 1250 : An Enochian numericon in 3 parts, using Dee's own preferred system of gematria * ARTICLES AND COMMENTARY : New writings and observations on the works of John Dee and Edward Kelley * NEW!

JOHN DEE VIDEO! Biblioteca Arcana. ARATUS, PHAENOMENA - Theoi Classical Texts Library. Sacred Magick: The Esoteric Library. The Sefaria Library. Monergism - Free eBooks. We believe the Church should have open access to Scripturally/Theologically sound edifying Christian literature and that one need not be held back from having a significant Christian library because of cost. 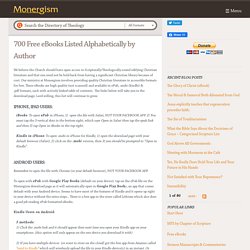 Our ministry at Monergism involves providing quality Christian literature in accessible formats for free. These eBooks are high quality (not scanned) and available in ePub, .mobi (kindle) & .pdf formats, each with actively linked table of contents. The links below will take you to the download page. Lord willing, this list will continue to grow. iPhone, iPad Users: Android Users: Remember to open the file with Chrome (or your default browser), NOT YOUR FACEBOOK APP. To open with ePub with Google Play Books (default on your device). tap on the ePub file on the Monergism download page as it will automatically open in Google Play Books, an app that comes default with your Android device. 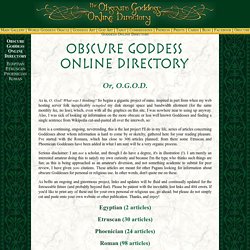 As in, O, God! What was I thinking? So begins a gigantic project of mine, inspired in part from when my web hosting server folk inexplicably octupled my disk storage space and bandwidth allotment (for the same monthly fee, no less), which, even with all the graphics on this site, I was nowhere near to using up anyway. Also, I was sick of looking up information on the more obscure or less well known Goddesses and finding a single sentence from Wikipedia cut-and-pasted all over the interweb, so: Here is a continuing, ongoing, neverending, this is the last project I'll do in my life, series of articles concerning Goddesses about whom information is hard to come by or sketchy, gathered here for your reading pleasure. 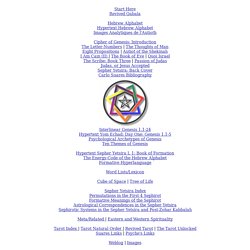 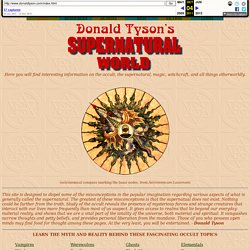 At any given time several distinct crawls are running, some for months, and some every day or longer. The Fixed Stars. HERMETICISM : The Emerald Table. 1. 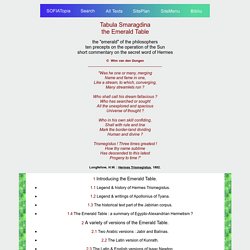 Introducing the Emerald Table. 1.1 History and legend of Hermes Trismegistus. Kabbalah, Astrology, Tarot. Sacred Geometries & Their Scientific Meaning. The Great Flood: Comparison - Livius. The Magickal Review. The Magickal Review is here to provide high quality material, rather than large quantities of material, from the esoteric arts and sciences. 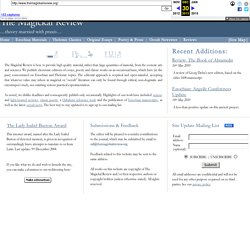 Corvus Journal - Greek and Roman Studies. Classic Archives – Journal of the Western Mystery Tradition. Online Article Index. Den heliga Birgitta, Vadstena kommuns officiella webbplats. Writings of Heinrich Cornelius Agrippa (1486-1535) Three books of occult philosophy written by Henry Cornelius Agrippa of Nettesheim ... ; translated out of the Latin into the English tongue by J.F. Notes on Kabbalah. Notes on Kabbalah Release 3.0, 7th. July 2001 I had originally intended to publish these notes as a conventional paper book, but decided against it.

I am currently receiving 1000 visitors per month to this page alone. An initial print run for a book of this nature might be 5,000 copies, and take years to sell. Living in Time - Astrology. This is an online archive version of Living in Time, published in 1987 and never reprinted. A new and updated re-working of the book was published in 2014, called Power Points in Time - and how time passes, updated and much improved but based on the 1987 book and available to buy here. Living in Time has been archived online because it was a rather inspired book and it's still very useful, even if it is 30+ years old. The light of Egypt; or, The science of the soul and the stars. Secretum secretorum. KAR 44 - An Assyrian Magician's Manual. Reshe Ishkari MashmashutiThe Titles of the Works of Magic This text has been called "a magician's vade mecum," a handbook of the trade.

It outlines what a magician, or ashipu, of the 8th century b.c.e. was supposed to know, or have on hand for reference. The history of the Chaldaick philosophy by Thomas Stanley. Euclid's Elements, Introduction. Euclid’s Elements form one of the most beautiful and influential works of science in the history of humankind. Its beauty lies in its logical development of geometry and other branches of mathematics. It has influenced all branches of science but none so much as mathematics and the exact sciences. The Elements have been studied 24 centuries in many languages starting, of course, in the original Greek, then in Arabic, Latin, and many modern languages. Byrne’s Euclid. Lives of the Eminent Philosophers. From Wikisource Jump to navigationJump to search This work is in the public domain in the United States because it was legally published within the United States (or the United Nations Headquarters in New York subject to Section 7 of the United States Headquarters Agreement) before 1964, and copyright was not renewed.

For Class A renewals records (books only) published between 1923 and 1963, check the Stanford University Copyright Renewal Database. For other renewal records of publications between 1922–1950 see the University of Pennsylvania copyright records scans. Fragments of Empedokles. Beelzebub – Beelzebub’s Tales to His Grandson. It has been sixty years since many of us, from various countries, used to gather twice a day in Mr Gurdjieff’s Paris apartment for his “ceremonial” lunches and dinners. Book of Kells. Cookies on the Trinity College Dublin website.