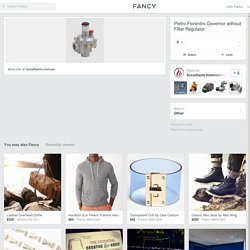 To + Search friends Message Message sent! Share This thing was successfully sent. Join Fancy Fancy is the place to discover and buy amazing things curated by our global community. Log In Reset Password Enter your email address to reset your password. Reset email sent We've sent you an email. Accutherm Education Dept Gas Safety Shut Off System Australia. Riello RS Series Package Gas Burner Products Supplier Australia. Abdul Manik must now pay total of £12,000. Comments (0) A LANDLORD convicted of failing to look after the gas appliances in a rented home has succeeded in a legal bid to reduce his £20,000 fines and costs. 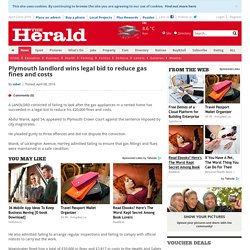 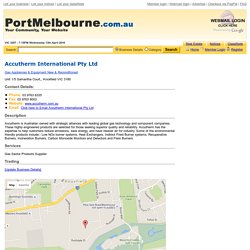 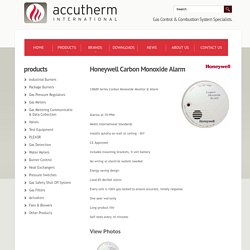 Gas Burners To Be Used In Industry And Domestic Household. Simple steps to prevent carbon monoxide poisoning. CLEVELAND - It's odorless, colorless and tasteless. 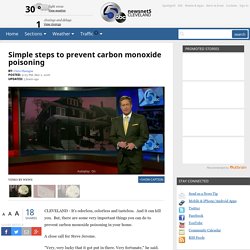 And it can kill you. But, there are some very important things you can do to prevent carbon monoxide poisoning in your home. A close call for Steve Jerome. "Very, very lucky that it got put in there. Very fortunate," he said. Just two days after installing a new carbon monoxide detector in his Mayfield home, it went off after he and his girlfriend fell asleep in front of the fire. "I jumped up when it happened, went over and shut if off and opened a bunch of windows," Jerome said. 'He has killed two people' - Shock as man responsible for carbon monoxide deaths still registered to work as gas fitter (From Lancaster And Morecambe Citizen)

'He has killed two people' - Shock as man responsible for carbon monoxide deaths still registered to work as gas fitter 5:00am Wednesday 2nd March 2016 in GUILTY: Matthew Eteson THE family of mum and daughter who died of carbon monoxide poisoning said they are shocked to discover the man responsible for their deaths is still registered to work as a gas fitter. 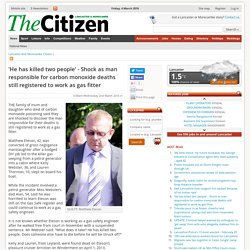 Matthew Eteson, 42, was convicted of gross negligence manslaughter after a bodged DIY job led to the killer gas seeping from a petrol generator into a cabin where Kelly Webster, 36, and Lauren Thornton, 10, slept on board his boat. While the incident involved a petrol generator Miss Webster’s dad Alan, 54, said he was horrified to learn Eteson was still on the Gas Safe register and could continue to work as a gas safety engineer. It is not known whether Eteson is working as a gas safety engineer after he walked free from court in November with a suspended sentence. Elgas S.R.O. JBZ-02 Power Supply - Gas Metering. Slide-in and Built-in Appliances.

Slide-in ranges create a built-in look, but easily slide in between surrounding cabinets. 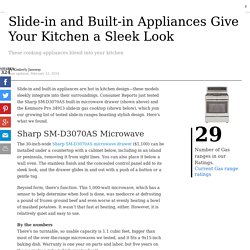 The knobs are up front and there’s no back panel. Our tests found that the 30-inch wide Samsung NX58H9500WS gas slide-in range ($2,250) was the best of the gas single-oven slide-in ranges. It delivered fast cooktop heat, superb simmering, and impressive baking, broiling, and self-cleaning. The oven is large and has convection and a temperature probe. It’s big on style, has a stainless finish, and a warming drawer. Click the Features & Specs tab on our range Ratings to find out whether a model is a slide-in type.

By the numbers There are five burners, including two high power, two medium power, and one low power. More choices See our microwave, range and cooktop Ratings for more choices. #1 Gas Pressure Regulators & Filters Supplying In Australia. Elizabethtown Gas Prepared to Meet the Needs of Customers During Arctic Blast - Union NJ News. UNION, NJ – Elizabethtown Gas is prepared to meet the needs of its customers during the first sustained arctic temperatures of the year. 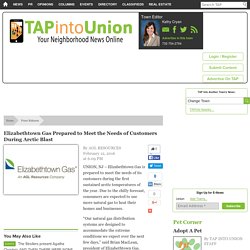 Due to the chilly forecast, consumers are expected to use more natural gas to heat their homes and businesses. “Our natural gas distribution systems are designed to accommodate the extreme conditions we expect over the next few days,” said Brian MacLean, president of Elizabethtown Gas. “We are prepared, and remain committed to providing affordable and reliable natural gas to homes and businesses across the region on the coldest days of the year.” High Quality Industrial Gas Burners Supplying In Australia. 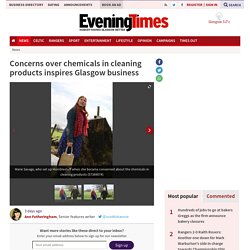 Marie Savage said this week’s revelation that air fresheners and scented household cleaners could be seriously damaging our health did not come as a surprise to her. She explained: “The research I did when setting up my business was very clear, so I’m not at all surprised by the report. I think it’s very useful that this information is out there. “It’s down to choice, of course, but people should be able to make an informed choice.” The Royal College of Physicians and the Royal College of Paediatrics and Child Health published a report this week into the effects of outdoor air pollution, which they claim is contributing to 40,000 early deaths a year in the UK.

Tobacco remains the biggest indoor threat, but wood-burning stoves, mould and mildew in poorly ventilated rooms can also contribute. Cheap Gas Prices To 'Trickle Up' The Economy. Ever since trickle-down economics was found to be ineffective at producing economic gain, people have been wondering if trickle-up economics would do better.

It turns out that a natural trickle-up experiment is going on right now owing to the price of oil being so low. The best thing about it is that it's non-political and without direct government spending or taxation adjustments. Burgers, Sandwiches, And Funnel Cakes Will Be Sold At New Long Branch Boardwalk - WORDontheShore. LONG BRANCH: The city has found an operator to serve food at the new boardwalk.

The boardwalk has comfort stations with bathrooms and cooking areas located at West End Avenue and Bath Avenue. There is a third located at Cottage Place that has space for a cooking area, but not the necessary equipment. The new operator, Park Eats, LLC, will sign a 3-year lease to operate the three comfort stations and serve food whenever the beaches are open. Park Eats was one of two bidders for the lease, and was deemed the highest responsible bidder after submitting a bid of $33,061 per year.

“This is a good outcome compared to the alternative and where we started,” said Tanya McCloskey, the state’s acting consumer advocate, whose office became involved in the case because of the customers’ potential loss of natural gas services. Best Riello Gulliver BSD Series Package Gas Burner. NH Gov. Hassan Wants Investigation Into Keene Gas Leaks. KEENE, N.H. (CBS) — Gov. Maggie Hassan said she will ask the Public Utilities Commission to open an investigation after gas leaks left four people hospitalized and sent the Keene Fire Department on over a hundred separate carbon monoxide-related calls this weekend.

“I urge all residents in the area to continue to stay vigilant and watch for signs of exposure, and if they suspect any issues, to shut off gas appliances and heating systems, evacuate to safety, and call 911,” said Gov. Hassan in a statement Sunday. UGI begins to restore services after W-B gas outage. Pietro Fiorentini Fiominor Metering System. Do you know what to do when smelling gas in your home? Gas stove warnings renewed after family injured in explosion. Make Your Gas Burner Safer To You with a Safety Valve by Accutherm International. Make your gas burner safer to you with a safety valve. #1 Gas Pressure Regulators & Filters Supplying In Australia. Heat Haus: New firm to honour maintenance contracts. A new company is taking on the assets of a Newark boiler installation and central heating firm that went into administration — and said it aimed to honour ongoing maintenance contracts.

Heat Haus Ltd, of Portland Street, shut in January and went into administration at the beginning of February. Mr Kevin Sims, the director of Heat Haus Newark Ltd, which has taken on the assets and customer base, said: “We are transferring over telephone numbers and email addresses. “Once that has been completed, we will be ready to go,” he said. Mr Sims, who runs Newark plumbing firm Sims Property Services, will use some of his staff in the new venture. It will not have a shop selling gas appliances, like its predecessor, and will instead operate from a private address. Administrators FRP Advisory said a downturn in trading had put unsustainable pressure on Heat Haus Ltd’s cash flow. It said there was no viable option but to go into administration. 'There was no communication' Federal Budget: The tax changes Treasurer Scott Morrison will target.

Make Your Gas Burner Safer To You with a Safety Valve. Gas Meters - Best Pietro Fiorentini Flowatch Metering System. LG Appliances Self Clean Convection Gas Range Stainless. Additional Dimensions. Plymouth builder’s illegal work on gas boiler put family at risk. A Plymouth builder who was not registered to work on gas appliances risked the lives of a family when he carried out building works. Richard Copp was asked to undertake construction of the large two storey extension to a house in Bowers Park Drive, Woolwell in June 2013. The work was investigated by the Health and Safety Executive (HSE) which prosecuted Mr Copp at Plymouth Magistrates. Concerns were raised by a properly registered gas engineer when it was found the boiler flue had opened into the extension with the boiler still in operation and had then been extended with an inappropriate piece of piping, with the homeowners and their children still living in the property.