Takeovers: Why don't we protect like the French? To protect, or not to protect? 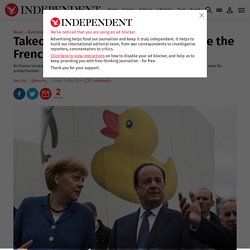 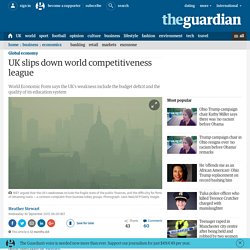 Countries with good digital infrastructure. iStock The productivity of a country used to rest entirely upon the strength and quality of its transport links and infrastructure. 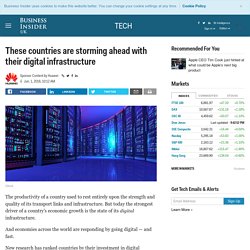 But today the strongest driver of a country’s economic growth is the state of its digital infrastructure. And economies across the world are responding by going digital — and fast. New research has ranked countries by their investment in digital infrastructure, and the results are surprising. EU vows to toughen up trade defences against cheap Chinese imports. The EU executive has vowed to toughen up Europe’s trade defences in a bid to prevent industry from being overwhelmed by artificially cheap Chinese imports. 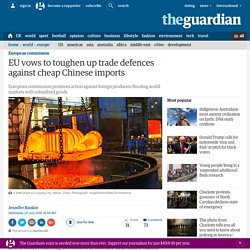 The European commission promised “faster and firmer” action against foreign producers flooding world markets with subsidised goods, dashing China’s hopes of gaining “market economy status” under existing trade rules. China has been lobbying for market economy status in the World Trade Organisation, a change that would make it harder for other countries to challenge Beijing over state-subsidised goods being dumped on world markets. Industrial strategy welcomed as part of government's new business policy. Business leaders have overwhelmingly welcomed Theresa May’s decision to merge the government’s business and energy departments and add the phrase “industrial strategy” into the title, claiming it could allow the UK to build a long-term economic plan. 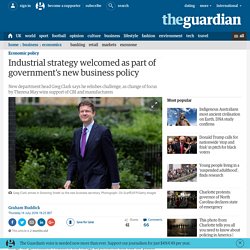 The new Conservative prime minister has appointed Greg Clark as the secretary of state for the new department of business, energy and industrial strategy. Clark replaces Sajid Javid, the former business, innovation and skills secretary, who has been moved to communities and local government to take over Clark’s old job. The decision marks a change of direction for the Conservative government and its approach to business.

An industrial strategy is hard to achieve. But at least laissez-faire is over. Over the years, politicians of all stripes have had big ideas for Whitehall’s business department. 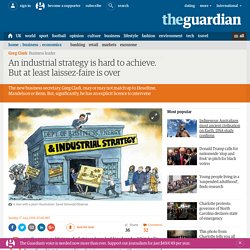 When he was industry secretary in the 1970s, Tony Benn thought state ownership, planning agreements with companies and protectionism were the answer to Britain’s productivity problem. Uk.businessinsider. Survival of the fittest. Asia: Asian values. A tale of two economies. Business: Global niche players. Uk.businessinsider. 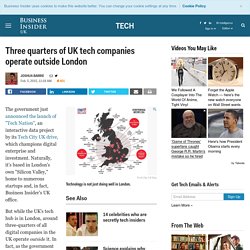 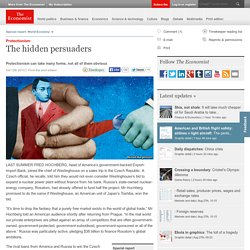 A Czech official, he recalls, told him they would not even consider Westinghouse’s bid to expand a nuclear power plant without finance from his bank. Russia’s state-owned nuclear-energy company, Rosatom, had already offered to fund half the project. Why companies not governments and regulators are to blame for innovation failure. By Colm Reilly Tuesday, 25 August 2015 In a world of relentless change, it goes without saying that all companies, irrespective of size or sector, need innovation to grow and thrive. 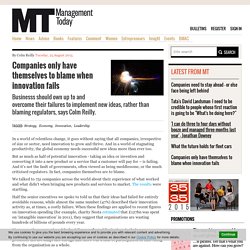 And in a world of stagnating productivity, the global economy needs successful new ideas more than ever too. But as much as half of potential innovation - taking an idea or invention and converting it into a new product or a service that a customer will pay for – is failing. European tech: In Silicon Valley’s shadow. Money is flowing into start-ups, but tough EU rules could dash hopes of a Google or Facebook rival mbarish Mitra remembers the phone call well.

The voice at the other end — from a US company he refuses to identify — invited him to fly across the Atlantic to discuss a $1.5bn deal to buy Blippar, his three-year-old start-up. The conversation only lasted a few minutes. Mr Mitra gave it some thought, then turned the deal down. A year later, the Blippar founder and chief executive says he has not had second thoughts about keeping his London-based business independent. “We did the right thing,” says Mr Mitra, 36. Such brazen confidence is a hallmark of Silicon Valley : Facebook chief executive Mark Zuckerberg dismissed several multibillion-dollar takeovers, and Snapchat founder Evan Spiegel rejected a $3bn buyout from Facebook in 2013.

Wales could be the Silicon Valley of public services. The life sciences industry in Cambridge and the hi-tech business sector in Silicon Valley are well known throughout the world. These hotbeds of creativity generate jobs and opportunities locally and ideas that impact globally – and the same could be possible for public services in Wales. Industry clusters – loose geographical concentrations of firms from the same sector – can serve as catalysts for economic growth. Proximity leads to the sharing of talent and supply chains among competing firms. Alongside this, ongoing relationships develop with other institutions such as universities, and ideas are shared face-to-face as trusting relationships develop between different parties.

Knowledge, a key resource for companies to stay abreast of innovation in service, process and product, is often concentrated in particular locations.