Multimedia library. Why oil prices keep falling — and throwing the world into turmoil. A complete guide to the oil price crash. « InvestmentWatch. Chai Jing's review: Under the Dome – Investigating China’s Smog 柴静雾霾调查：穹顶之下. Great news - low oil prices are destroying Opec's power. For big oil-consuming regions – America, Europe and Asia – the collapse in the price is a boon, which ought to provide a substantial stimulus to economies becalmed by deficient demand. 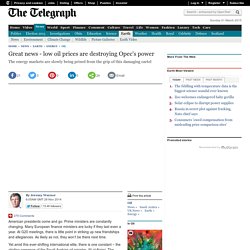 In both Britain and the US, there is already evidence that lower fuel prices are helping to boost consumer spending and confidence. Yet for many oil exporters, it is a disaster. Ever since the Arab Spring, there has been an unwritten understanding that the price required to keep the natives quiescent is $100 a barrel or higher. The benchmark for Brent crude is now down to $71, with every possibility, given the abundant supply, of it going as low as $50. For a low-cost producer like Saudi Arabia, with its huge financial cushion of overseas assets to fall back on, this may just about be tolerable, at least for a while. The end of oil? Oil price crisis: What is Opec? In 60 seconds. Bhopal's industrial catastrophe refuses to die. Severn Suzuki's speech at Rio+20. [CC] Severn Cullis-Suzuki - Speech at the Rio Earth Summit. Fort McMoney, le film dont vous êtes le héros. LE MONDE TELEVISION | • Mis à jour le | Guillaume Fraissard Il y a le jeu vidéo. 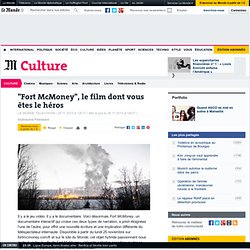 Canada pulls out of Kyoto protocol. Canada has pulled out of the Kyoto protocol on climate change, one day after an update was agreed on, saying the accord won't work. 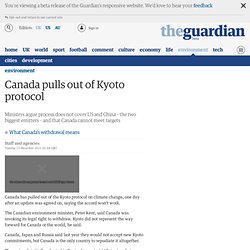 The Canadian environment minister, Peter Kent, said Canada was invoking its legal right to withdraw. Kyoto did not represent the way forward for Canada or the world, he said. Canada, Japan and Russia said last year they would not accept new Kyoto commitments, but Canada is the only country to repudiate it altogether. The protocol, initially adopted in Kyoto, Japan, in 1997, is aimed at fighting global warming. Canada's previous Liberal government signed the accord but did little to implement it and current prime minister Stephen Harper's Conservative government never embraced it.

How Many Gigatons of Carbon Dioxide? The Information is Beautiful guide to Doha. The climate change talks in Doha are emitting a gigaton of graphs, statistics and numerical predictions. 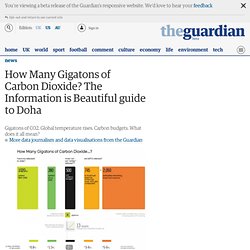 We've scooped all the numbers together and condensed them into a single diagram. It lays out the perils and potential effects of our global CO2 habit - and the urgency to balance our "carbon budget". The Data. World News America - Climate battle in Australia. Statistical Review of World Energy 2012. BP global energy statistics: the world's oil production, reserves and energy consumption. Turn autoplay off. 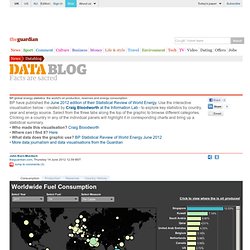 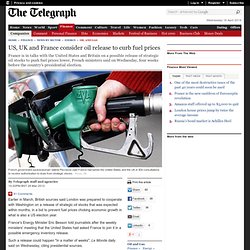 Video - Breaking News Videos from CNN.com. Energy as an Issue in US Presidential Campaign. Download this story as a PDF This is the VOA Special English Economics Report. 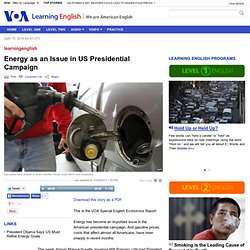 Energy has become an important issue in the American presidential campaign. And gasoline prices, costs that affect almost all Americans, have risen sharply in recent months. This week, former Massachusetts governor Mitt Romney criticized President Obama’s energy policy. In a newspaper commentary, he said the president has let prices rise while placing too many requirements on the energy industry. President Obama Says US Must Refine Energy Goals. U.S. 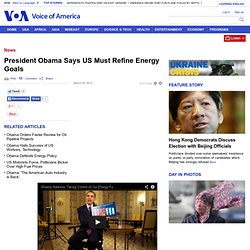 President Barack Obama says the bailout of the auto industry saved more than one million jobs during the country's worst recession since the Great Depression. During his weekly address Saturday, Obama said the revival of the top U.S. automakers also added more than 200,000 new auto industry jobs in the past two-and-a-half years. President Obama says as part of the bailout agreement, automakers are required to start building more fuel efficient vehicles to help reduce the demand for foreign oil.

He says oil imports have been dropping in recent years, but the United States has to look at wind and solar power. Obama wants Congress to end the $4 billion taxpayer subsides for profit making oil companies and focus on helping the development of renewable energy sources. In the Republican address, Congressman Doc Hastings of Washington state accused President Obama of blocking projects to increase U.S. oil production, including the Keystone XL pipeline.