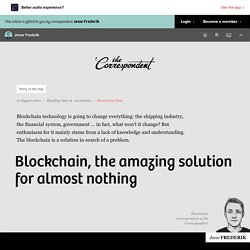 “Seven hundred blockchaingers,” the man shouts at his audience. He points at each programmer in the room. We are at the Blockchaingers Hackathon 2018 in Groningen, Luckily, we still have the video! And then the Dutch state secretary for the Interior, Raymond Knops arrived, decked out in tech couture: a black hoodie. Crypto Research Report Predicts $397K Bitcoin Price by 2030. A new report from a crypto research group suggests that the price of Bitcoin could approach $400,000 in the next ten years, with altcoins following its bullish example. 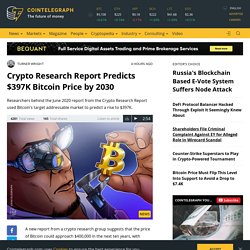 According to the June 2020 edition of the Crypto Research Report, researchers predicted the price of Bitcoin (BTC) and other altcoins — Ethereum (ETH), Litecoin (LTC), Bitcoin Cash (BCH), and Stellar (XLM) — would get a huge surge before 2025, which may continue for at least five years. “We believe that Bitcoin is still at the very start of its adoption curve,” the report states. The digital assets industry has been changing dramatically. Note the major steps.

Twitter. Twitter. Bitcoin Price: Why Today’s Weekly Close Is Crucial to Avoid $8,000s. As the weekly close approaches Bitcoin (BTC) price made a quick move toward $9,300 after spending the past 48-hours struggling to hold above $9,200. 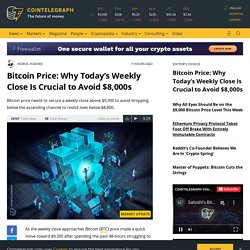 Traders would like to see the top-ranked asset on CoinMarketCap close above the $9,300 level and earlier this week Cointelegraph contributor filbfilb cautioned that: If Bitcoin is unable to reclaim the levels aforementioned, the likely inevitable breakdown would be to retest the May lows and 20-week MA, currently around $8,160. Typically this is the line in the sand between continuation higher and a more meaningful bearish downturn. Crypto market weekly price chart. Crypto hedge funds struggle to recover from ‘bloodbath’ Vlad Matveev has learnt the hard way how volatile cryptocurrency hedge funds can be. 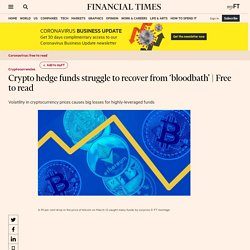 The 50-year-old Muscovite invested $250,000 last year with California-based Cryptolab Capital, which targeted double-digit gains from trading crypto regardless of whether the market rose or fell. But Mr Matveev said his investment fell 98.5 per cent in value when the fund folded in this year’s coronavirus-induced turmoil. “I don’t really know what happened,” said Mr Matveev, a fund manager-turned-private investor. “They said they had a diversified set of strategies.” Investors have been drawn to crypto hedge funds by the promise of big returns compared with the paltry or negative yields on offer from cash or bonds. COVID-19 Incentivizing Crypto and Leading Mainstream Adoption. Crypto is a place where everything changes faster than in any other industry, and seeing as it was born in the age of the internet, this is quite fitting. 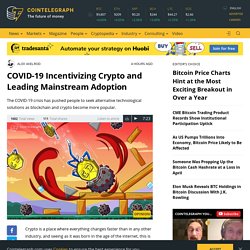 Today, China is leading the global digital asset initiative. The train of innovations seems to go faster as the digital yuan (also referred to as DCEP) has fueled rapid development in the field of distributed ledger technology. Instead of wallowing in a swamp of regulatory uncertainty, the Chinese government shifted its attention to benefits. The Chinese have not wasted time, and despite being the country where the new coronavirus started and has since made a huge impact on society and economy, tech development did not stop, but rather accelerated at astonishing rates. Daimler Mobility > Our Company > News > Interview Harry Behrens. October 02, 2019 - Dr. 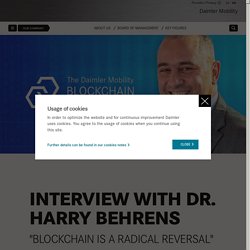 Harry Behrens is Head of Blockchain Factory at Daimler Mobility. Democratizing the Platform Economy: The Quiet Revolution Through Blockchain. Blockchain – a bursting bubble or disruptive transformation? 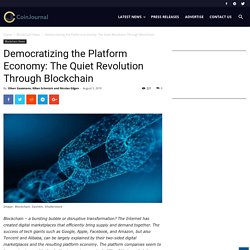 The Internet has created digital marketplaces that efficiently bring supply and demand together. The success of tech giants such as Google, Apple, Facebook, and Amazon, but also Tencent and Alibaba, can be largely explained by their two-sided digital marketplaces and the resulting platform economy. The platform companies seem to be growing inexorably due to the increasing marginal utility of their marketplaces. However, the development of distributed ledger technologies (DLTs) such as blockchain is now putting the tech giants themselves under pressure. DLTs connect the market participants directly and thus circumvent the platform company as an intermediary while also avoiding their excessive transaction fees. IOTA : une solution pour révolutionner l’IoT – Move 2 Digital. 20minutes - vous allez en parler en format webapp! «La consommation intensive d’énergie dans la blockchain n’est pas une fatalité» 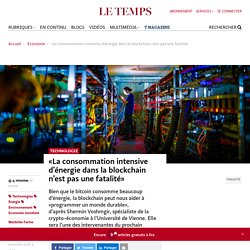 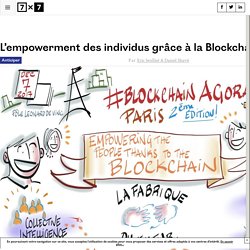 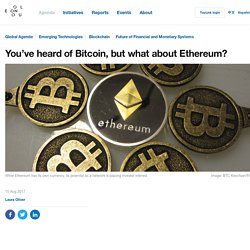 Planting digital seeds. Read more. How can creative industries benefit from blockchain? Many readers will be familiar with blockchain as the underlying enabling technology developed for Bitcoin, a cryptocurrency. Klaus Schwab, Founder and Executive Chairman of the World Economic Forum, provides this summary in his book on the Fourth Industrial Revolution: “In essence, the blockchain is a shared, programmable, cryptographically secure and therefore trusted ledger which no single user controls and which can be inspected by anyone.” World Economic Forum.

Yau Ben Or, CTO SolarChange: “It was a great experience, presenting SolarChange’s vision and product based on blockchain technology, and our great team.” Elsewhere, SolarChange continues its Acceleration program within the IBM network and was invited to ringing the TA Stock Exchange Opening Bell. Primavera De Filippi. The animal kingdom contains numerous examples of individuals cooperating with one another to achieve impressive outcomes without the need for planning, control, or even direct communication between agents – examples are bees, ants, and schools of fish.

Humans, however, have only been able to achieve goals cooperatively through the imposition of organizational hierarchies, centralized coordination, and rules. Blockchain technologies offer a new approach, allowing us to achieve large-scale and systematic cooperation in an entirely distributed and decentralized manner.