Fountain Pen Problems - All. A couple of Instructables advise soaking the nib and feeder (the section) in cool water for a day or so to remove old dried ink from the ink flow path or capillary system. 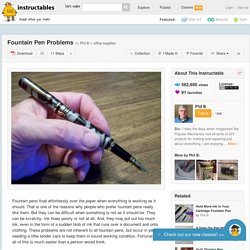 Praying Mantis Dying? HELP! Simple (and Best) Liver Pâté. This beef liver pâté recipe is delicious, thanks to an unexpected spice that magically does away with the liver taste. 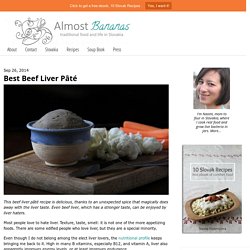 Even beef liver, which has a stronger taste, can be enjoyed by liver haters. ... Stock Photography, Royalty-Free Photos & The Latest News Pictures. Home page. 40 Ways to Use Time Wisely. Sumopaint.com. Acorn 5, a great Mac OS X picture and photo editor, built for humans. Are there differences between the Direct and App Store versions of Acorn? 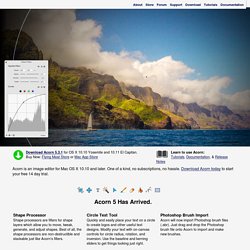 Videos - Rachel Scott Yoga. Play online, learn online and feed the hungry. Death anxiety (psychology) The thought of [our] destruction is like a light in the middle of the night that spreads its flames on the objects it will soon consume. 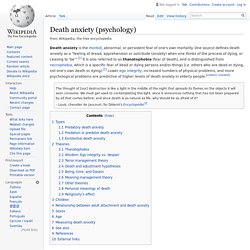 We must get used to contemplating this light, since it announces nothing that has not been prepared by all that comes before; and since death is as natural as life, why should be so afraid of it? The thought of death causes a different degree of anxiety for different individuals, depending on many factors. Jump up ^ Definition by Farley G.: Death anxiety. National Health Service UK. 2010, found in: Peters L, Cant R, Payne S, O'Connor M, McDermott F, Hood K, Morphet J, Shimoinaba K (2013). iOS Apps. The Classic CKLW Page - CKLW Lists from Mark Pattison. CKLW Lists from Mark Pattison Mark Pattison wrote: 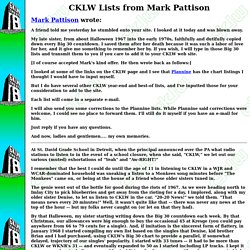 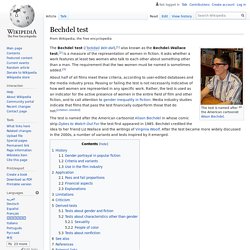 It asks whether a work features at least two women who talk to each other about something other than a man. 18 comics that explain how to be creative when your family and self-doubt get in the way. I love being inspired. 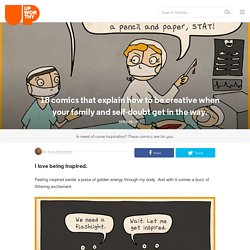 Feeling inspired sends a pulse of golden energy through my body. And with it comes a buzz of flittering excitement. All images used with permission from Sara Zimmerman at Unearthed Comics. Like a wave, inspired creative energy brings with it a notion of hope, creativity, optimism, imagination, endless possibilities, and purpose. Inspiration makes me feel invincible and aligned with my purpose for being on this planet. Blog dot chipp. Comic Life. A Gorgeous Animated Penny Arcade Music Video for Jane Bordeaux’s ‘Ma’agalim’ Nymphalis antiopa. Nymphalis antiopa, known as the Mourning Cloak in North America and the Camberwell Beauty in Britain, is a large butterfly native to Eurasia and North America. 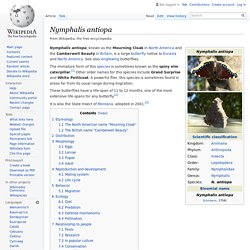 See also Anglewing butterflies. The immature form of this species is sometimes known as the spiny elm caterpillar.[1] Other older names for this species include Grand Surprise and White Petticoat. A powerful flier, this species is sometimes found in areas far from its usual range during migration. These butterflies have a life-span of 11 to 12 months, one of the most extensive life-spans for any butterfly.[2] It is also the State Insect of Montana, adopted in 2001.[3] Etymology[edit] The North American name "Mourning Cloak"[edit] In several European countries with Germanic languages, other than Britain, the name for this butterfly literally translates to "Mourning Cloak", such as German "Trauermantel", Swedish "sorgmantel", Finnish "suruvaippa" and Norwegian "Sørgekåpe".

The British name "Camberwell Beauty"[edit] Distribution[edit] How to make your money last until age 100. Let's suppose that you -- or your spouse or partner -- live to age 100. 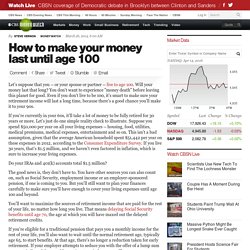 Sirolimus. Sirolimus was isolated for the first time in 1972 by Suren Sehgal and colleagues from samples of Streptomyces hygroscopicus found on Easter Island.[6][7] The compound was originally named rapamycin after the native name of the island, Rapa Nui.[5] Sirolimus was initially developed as an antifungal agent. 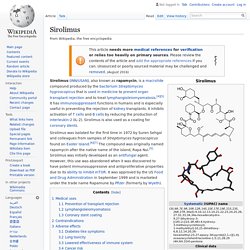 However, this use was abandoned when it was discovered to have potent immunosuppressive and antiproliferative properties due to its ability to inhibit mTOR. It was approved by the US Food and Drug Administration in September 1999 and is marketed under the trade name Rapamune by Pfizer (formerly by Wyeth). Medical uses[edit]

Online Therapy & Counseling, Someone to Talk To - 7 Cups of Tea. What Happens When We All Live to 100? For millennia, if not for eons—anthropology continuously pushes backward the time of human origin—life expectancy was short. The few people who grew old were assumed, because of their years, to have won the favor of the gods. The typical person was fortunate to reach 40. Dad and daughter relationships, as explained by 10 paintings. #GettyInspired: Renée Graef. Merci Mytho - Parce qu'on te dit merci d'avoir menti ! 60 Awesome Free Tools To Create A Visual Marketing Campaign On A Budget.

Creating a visual marketing campaign is not just about telling the story of your brand or product, but finding the right tools to do it.