Aluminum. World’s Leading Authority on Aluminum Toxicity Has GoFundMe To Study Aluminum In Vaccines Shut Down. The Facts:In the 1980s, the Rockefeller Brothers Fund became the authority of global warming. 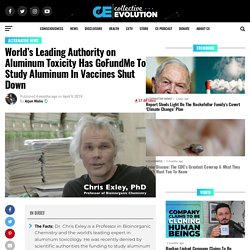 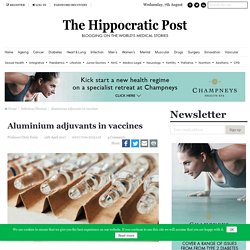 So, why are aluminium salts effective as adjuvants and why do we use them? The latter is easily answered. One of the most effective adjuvants is Freund’s Complete Adjuvant (a preparation of dried and inactivated mycobacteria) but this adjuvant is too toxic to be used in human vaccinations. The answer appears to be that you cannot. Chronisch ziek door aluminium in vaccins - Sanulogic. ‘ASIA’, een verzamelnaam voor tot nu toe onverklaarde aandoeningen ASIA staat voor Autoimmune (Autoinflammatory) Syndrome Induced by Adjuvants. 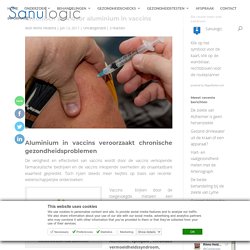 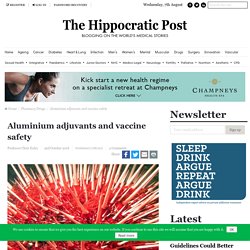 The simplest explanation of how an aluminium adjuvant works is that its injection into the muscle or under the skin produces toxicity, thus providing greater immunity to a particular disease. This is what accelerates and enhances the immune response to the specific vaccine antigens. Without it, the body may react too weakly to build up the required antibodies. In most recipients of a vaccine, this toxicity is seen as mild inflammation or reddening and swelling of tissue at the injection site. However, in a small minority of individuals, the consequences of this toxicity are more severe and can lead to serious adverse events including autoimmune disease and brain encephalopathies. 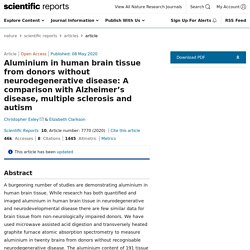 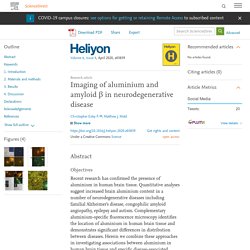 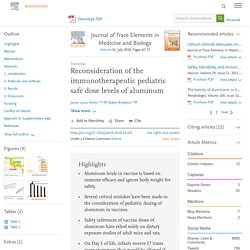 Introduction Aluminum is used as an adjuvant in vaccines licensed by the US Food and Drug Administration [[1], [2], [3], [4], [5], [6], [7]] to enhance the immunogenicity of the vaccine in various forms (e.g., aluminum oxyhydroxide and aluminum hydroxyphosphate) [9,10] (Fig. 1). The Center for Biologics Evaluation and Research (CBER) sets the amount of aluminum per dose in biological products, including vaccines, to 850 μg aluminum if measured by assay. Two additional levels are specified by the regulations (1140 and 1250 μg respectively), depending on how the level is measured [8]. Fig. 1. The CDC schedule reflects the expected timing of administration of vaccines containing aluminum (shaded light yellow) as adjuvant at birth, 2, 4, 6, 12, and 18 months. Safety for aluminum from all sources is based on the No Observed Adverse Effect Level (NOAEL), Minimal Risk Level (MRL), and the Lowest Observed Affect Level (LOAEL) [[15], [16], [17], [18], [19], [20]]. 2. 2.1. 2.2.

Neurotoxic effect of enteral aluminium. - PubMed - NCBI. Aluminum toxicity and astrocyte dysfunction: a metabolic link to neurological disorders. - PubMed - NCBI. Aluminum adjuvant linked to Gulf War illness induces motor neuron death in mice. - PubMed - NCBI. Neurotoxic effects of aluminium among foundry workers and Alzheimer's disease. - PubMed - NCBI. Why Industry Propaganda and Political Interference Cannot Disguise the Inevitable Role Played by Human Exposure to Aluminum in Neurodegenerative Diseases, Including Alzheimer’s Disease. Introduction In 1970, it was believed that the phosphorylation of glucose by hexokinase in the presence of ATP required certain “activators,” such as citrate, and especially so at circumneutral pH (1). 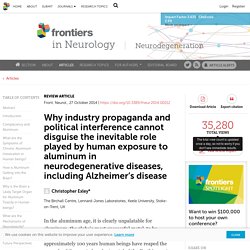 In 1979, the so-called allosteric activity of citrate (and other activators) was found to be the consequence of the contamination of laboratory supplies of ATP by aluminum (2). The same problems of contamination are an issue today (3, 4) and though the level of contamination is usually no higher than 0.1% (1 Al for every 1000 ATP) the avidity with which ATP binds Al(III) relative to its usual co-factor Mg(II) (ca 103 times higher) means that when Al-ATP replaces Mg-ATP as a source of phosphate the subsequent activity of hexokinase will be significantly diminished.

Complacency and Aluminum The most significant factor driving complacency about the potential dangers of aluminum is its omnipresence in modern life. Neurotoxic effect of enteral aluminium. - PubMed - NCBI. Aluminium-based adjuvants should not be used as placebos in clinical trials. Aluminum in childhood vaccines is Unsafe Miller N J Amer Physicians Surgeons 2016.

Acute exposure and chronic retention of aluminum in three vaccine schedules and effects of genetic and environmental variation. 1. 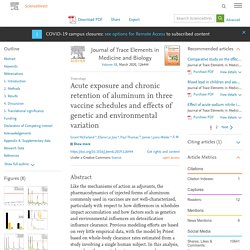 Introduction Aluminum compounds used in some vaccines include aluminum oxyhydroxide and aluminum hydroxyphosphate. Aluminum compounds are added specifically to provoke an immune response and therefore improve the ability of the vaccine to stimulate immunity. The precise mechanisms of aluminum as an adjuvant are not well characterized, but they induce a myriad localized cellular and systemic immunologic effects ([1]; 25,932,368) including Th2-skewed short-term response ([51], 20,132; 23,335,921) as opposed to a balanced Th1/Th2 long-term reaction ([2]; 9,627,130). 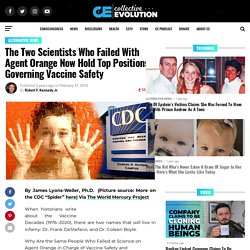 (Picture source: More on the CDC “Spider” here) Via The World Mercury Project When historians write about the Vaccine Decades (1976–2020), there are two names that will live in infamy: Dr. Frank DeStefano, and Dr. Coleen Boyle. Why Are the Same People Who Failed at Science on Agent Orange in Charge of Vaccine Safety and Developmental Disorders at the CDC?

In the 1980s, Congress mandated Agent Orange studies. “Without exception, the experts who reviewed the work of the Advisory Committee disagreed with its findings and further questioned the validity of the Advisory Committee’s review of studies on non — Hodgkin’s lymphomas .” “a decision which should have been based on scientific data was reduced to vague impressions” [One impartial review team’s results were] “a stunning indictment of the Advisory Committee’s scientific interpretation and policy judgments” The Zumwalt report concluded: President Clinton called Admiral Zumwalt “the conscience of the US Navy”. Dr. Neurological adverse events of immunization: experience with an aluminum adjuvanted meningococcal B outer membrane vesicle vaccine. - PubMed - NCBI. Correlation of aluminum and manganese concentration in scalp hair samples of patients having neurological disorders. - PubMed - NCBI.

Chelating agents for human diseases related to aluminium overload. Outline AbstractKeywords1. Introduction2. Aluminium metabolism3. Chelating agentsAppendix A. Supplementary dataReferences JavaScript is disabled on your browser. Abstract The aim of this review is to give a general view on the current status of the role of aluminium in human health and disease. Keywords. Chronic exposure to aluminum in drinking water increases inflammatory parameters selectively in the brain. - PubMed - NCBI. Aluminum adjuvants of vaccines injected into the muscle: Normal fate, pathology and associated disease. - PubMed - NCBI.

Screenshot: ⁨Scopus preview - Scopus - Document details⁩ Is exposure to aluminium adjuvants associated with social impairments in mice? A pilot study. Urinary Excretion of Aluminium and Silicon in Secondary Progressive Multiple Sclerosis. 1. Background Multiple sclerosis (MS) is a chronic, immune-mediated, demyelinating disease of the central nervous system of as yet unknown aetiology. While there has been progress in understanding the pathogenesis of MS it remains frustratingly slow (Ontaneda et al., 2017). Similarly, effective treatments for MS are few and far between (Thompson, 2017, Montalban et al., 2017). It is widely accepted that MS is likely to involve both genetic and environmental factors acting either in isolation or together in various disease phenotypes. Mr Aluminium - Prof Christopher Exley, by Katia Txi 2019.