Eggbeater to Recharge Yourself. DrawExpress. Quick, Draw! AutoDraw. If Literature’s “Complicated Men” Were On Tinder. Name: Holden CaulfieldAge: 19Occupation: “Jobs” are for phonies who “care” about phony stuff like “bills” and “food”About Holden: Only looking for casual dating, because everyone’s a phony except for me (obviously). 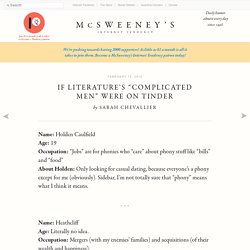 Sidebar, I’m not totally sure that “phony” means what I think it means. Name: Heathcliff Age: Literally no idea.Occupation: Mergers (with my enemies’ families) and acquisitions (of their wealth and happiness).About Heathcliff: Spent a long time cultivating that #RevengeBody and also #RevengeWealth, but now I’m looking for a nice, gullible girl to settle down with, preferably one who just happens to be related to my enemy, who also just happens to be married to my childhood friend. You know, for normal, totally not nefarious reasons. Name: OdysseusAge: 38Occupation: King of Ithaca who is 100% NOT having a midlife crisisAbout Odysseus: I’m all about that wanderlust life: it’s about the journey, not the destination, you know? 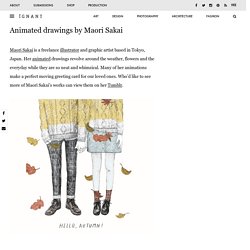 Her animated drawings revolve around the weather, flowers and the everyday while they are so neat and whimsical. Many of her animations make a perfect moving greeting card for our loved ones. Who’d like to see more of Maori Sakai’s works can view them on her Tumblr. All images © Maori Sakai. Color Oracle. Why does a drop of water make whisky taste better? Asked by: Gus Mitchell, Hemel Hempstead Whisky is predominantly water and ethanol. 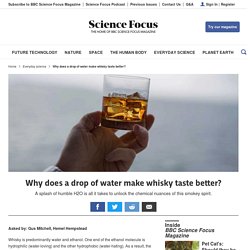 One end of the ethanol molecule is hydrophilic (water-loving) and the other hydrophobic (water-hating). As a result, the ethanol tends to form a thin layer at the surface of the whisky, with the hydrophobic ends pointing up into the air. Elsewhere in the tipple, it clumps together, forming a so-called micelle, with the hydrophilic ends shielding the other parts of the molecule from the water.

Many of the flavours in whisky dissolve better in ethanol, and therefore get locked away in the micelles. How Animals Behave When We Aren’t Looking By Artist Julien Tabet. Julien Tabet is a 21-year-old French artist who creates incredible photo manipulations of animals. 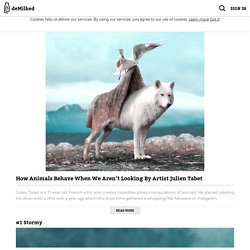 He started creating his clever edits a little over a year ago and in this short time gathered a whopping 95k followers on Instagram. Although the artist does all of his work in Photoshop, he doesn’t believe software can be a passion. But he says imagining the improbable fascinates him: “I love to surprise people. I feel that I can offer something fresh to their lives and break them out of their boring routine, by offering a perspective.” Julien chose animals for his manipulations because he believes they are much more humble and innocent when compared to humans. Check out his amazing animal photo manipulations in the gallery below! How a kingfisher, an owl, & a penguin helped redesign Japan's Shinkansen.

Tricking and treating has a history. Over the past few decades, Halloween celebrations have gained in popularity, not only with children and families, but with all those fascinated with the spooky and scary. 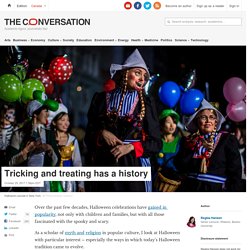 As a scholar of myth and religion in popular culture, I look at Halloween with particular interest – especially the ways in which today’s Halloween tradition came to evolve. A pre-Christian tradition Many practices associated with Halloween have origins in the pre-Christian, or pagan, religion of the Celts, the original inhabitants of the British Isles, as well as parts of France and Spain. The Celts held a feast called Samhain – a celebration of the harvest, the end of summer and the turn of the year. Samhain was separated by six months from Beltane, an observance of the beginning of summer, which took place on May 1 and is now known as May Day. The Celts believed that the veil between the living and the dead was thinner during this time, and that spirits of the dead could walk on Earth. Later influences. Thinking Humanity - Photos. The magic button — Make Everything OK. 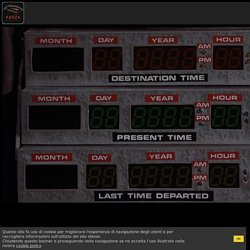