Martin Luther King, Jr. I Have A Dream Speech 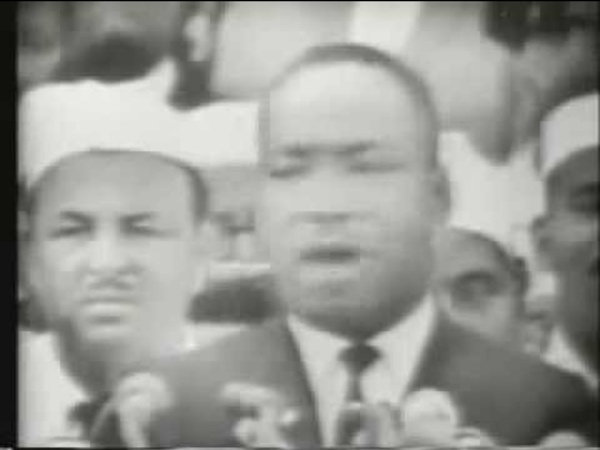 Should Prostitution Be a Crime? The abolitionists moved into the fight against global labor trafficking in the 1990s, focusing on sex trafficking, though most estimates suggest that the majority of trafficking victims are forced into domestic, agricultural or construction work. The abolitionists wanted to erase the traditional legal distinction between forced and consensual prostitution by cracking down on all of it as trafficking. In 1998, they tried to persuade President Bill Clinton — and Hillary Clinton, who was the honorary chairwoman of the Clinton administration’s council on women — to adopt their broad definition in an international crime treaty and a federal trafficking bill. It was a striking effort to expand and stiffen criminal punishment, a strategy Elizabeth Bernstein, a Barnard anthropologist who studies sex work and trafficking, termed “carceral feminism.” Abolitionists “have relied upon strategies of incarceration as their chief tool of ‘justice,’ ” she wrote in 2007.

1969: Millions march in US Vietnam Moratorium 1969: Millions march in US Vietnam Moratorium Americans have taken part in peace initiatives across the United States to protest against the continuing war in Vietnam. The Peace Moratorium is believed to have been the largest demonstration in US history with an estimated two million people involved. Post-truth politics - Wikipedia Political culture where facts are considered of low relevance Post-truth politics (also called post-factual politics[1] and post-reality politics)[2] is a political culture in which debate is framed largely by appeals to emotion disconnected from the details of policy, and by the repeated assertion of talking points to which factual rebuttals are ignored. Post-truth differs from traditional contesting and falsifying of facts by relegating facts and expert opinions to be of secondary importance relative to appeal to emotion. While this has been described as a contemporary problem, some observers have described it as a long-standing part of political life that was less notable before the advent of the Internet and related social changes. As of 2018[update], political commentators have identified post-truth politics as ascendant in many nations, notably Australia, Brazil, China, India, Russia, the United Kingdom, and the United States, among others.

The Time Obama Was Decidedly Against 'Dumb Wars' While the debate over Syria and whether to pursue military action is still ongoing, this 2007 clip highlighting a 2002 speech by then-Illinois state Sen. Barack Obama during the lead-up to the Iraq war is starting to get some attention online. The video, posted by BarackObama.com almost exactly six years ago, shows 13 seconds of the original speech given on October 2, 2002, in Chicago, followed by a re-creation of select portions as recited by Obama supporters. While the link in the YouTube page’s description no longer works, you can view a cached version of the page as it appeared on May 1, 2008, by clicking here.

Third Coast International Audio Festival Here's your chance to take part in an international audio mega-project, whether you've been making radio for decades, or have always longed to utter "Testing 1, 2" into a microphone. The ShortDocs Challenge is for everyone! UPDATE: the ShortDocs are in, over 150 *studly* specimens! We're uploading new ones to the site daily, take a listen here. The 2015 ShortDocs Challenge: STUDS RULES As always, ShortDocs comes with a set of rules inspired by a creative partner. White Debt The word for debt in German also means guilt. A friend who used to live in Munich mentioned this to me recently. I took note because I’m newly in debt, quite a lot of it, from buying a house. So far, my debt is surprisingly comfortable, and that’s one quality of debt that I’ve been pondering lately — how easy it can be.